Sunday, June 26 2022
Top Posts
4 Antioxidants That Your Skin Needs if you...
5 Ways to Prevent Ovarian Cysts in Women
3 Lassi Recipes to Beat the Heat in...
3 DIY Hotpot Recipes You Can Make at...
5 Tips to Keep Your Hair Sweat-Free During...
Fawad Khan to Make Debut in Ms Marvel...
“Women Can Accomplish Anything They Set Their Mind...
TikTok Releases First Album of Viral Hits
Mehwish Hayat Makes Her Debut as a Djinn...
‘Girls are No Less Than Boys’ Says Pakistani...
Sports 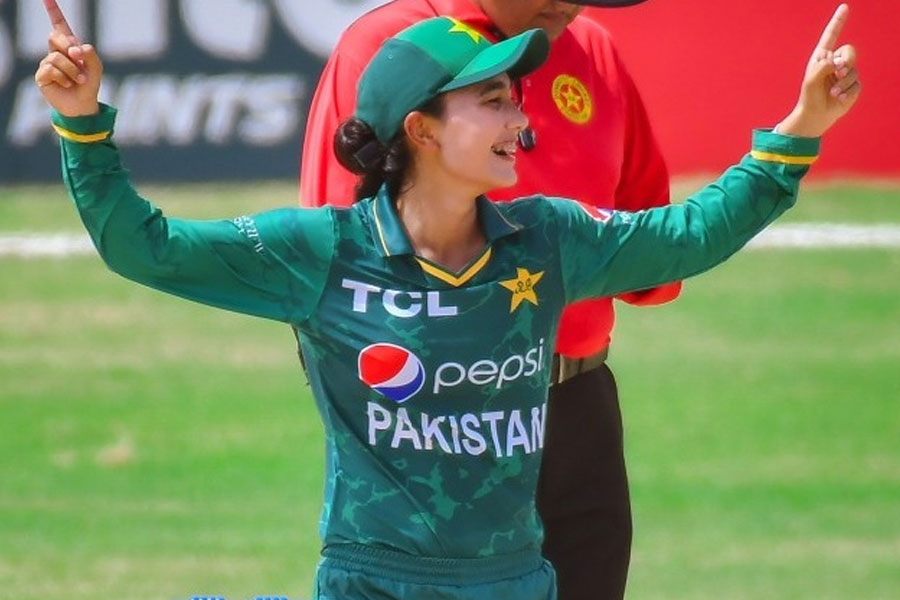 Pakistani Cricketer Tuba Hassan, who is a leg-spinner on the national team, recently in an interview had revealed that she started her journey by playing for the men’s cricket club.

She added that due to the lack of proper facilities for women, she had no other choice like many other talented ladies. Moreover, she added that she was the only girl in the club.

Tuba’s passion for the game developed at a young age when she used to play the sport in the streets of Lahore with the neighbourhood children. Tuba’s father was the one who made the decision of sending her to the men’s club so that she could pursue her dream of playing for the national team one day.

21-year-old leg-spinner said, “As you know, I have played club cricket, there is a big role of my father in it. I was lucky that he supported me throughout my journey. But the club cricket was good. The boys were decent and the coaches were as well. I think, as a girl, it is not easy to play with the boys. But you have to be more confident because girls are no less than boys. Just trust yourself and stick to your goals as I did.”

At the age of 13, after suggestions from her coach, she started leg-spin bowling, and since then, she began her journey. So much so, Tuba is now a superstar and is celebrated across the country as one of the key players.

On the other hand, this young lady has made us very proud as recently she was nominated, along with skipper Bismah Maroof for the  ICC Women’s Player of the Month for May 2022. While playing against Sri Lanka, Tuba Hassan played a vital role in winning the international match, she also remained the highest wicket-taker. She was even awarded the ‘Player of the Series’ for her amazing figures.

Tuba did a phenomenal job in restricting the other team’s runs to maintain immense pressure on them, eventually making them crumble.

Do you agree with her statement? Share your thoughts with us in the comments below.

Punjab Government to Provide Scooties to All Female Employees