Sunday, June 26 2022
Top Posts
3 DIY Hotpot Recipes You Can Make at...
5 Tips to Keep Your Hair Sweat-Free During...
Fawad Khan to Make Debut in Ms Marvel...
“Women Can Accomplish Anything They Set Their Mind...
TikTok Releases First Album of Viral Hits
Mehwish Hayat Makes Her Debut as a Djinn...
‘Girls are No Less Than Boys’ Says Pakistani...
Punjab Government to Provide Scooties to All Female...
Is Akshay Kumar’s Upcoming Film ‘Raksha Bandhan’ a...
On This World Music Day, Spotify Celebrates K-Pop...
FeaturedSports 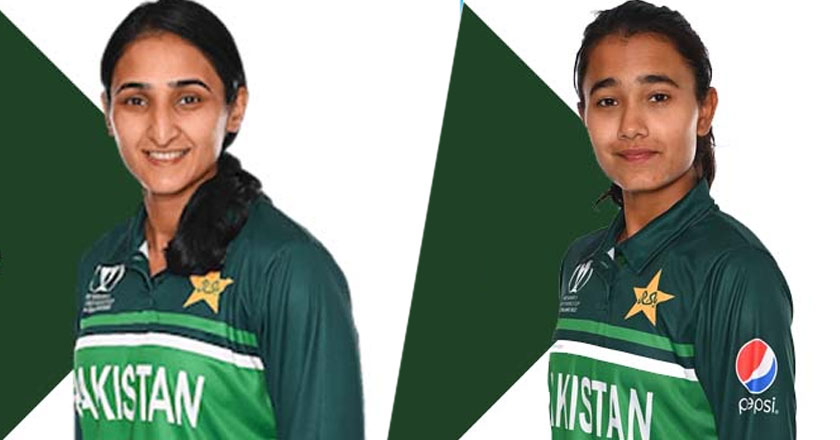 International Cricket Council announced their nominations for ICC Women’s Player of the Month for May 2022. Out of 3 nominations, 2 of them are from Pakistan’s Women Cricket Team, Bismah Maroof and Tuba Hassan.

The skipper Bismah Maroof has been taking charge of the T20I series against Sri Lanka, as a result, Pakistan has white-washed in all formats. The new mother has also been spotted with her little one in several other matches in which her performance has been commendable.

In all 3 matches against Sri Lanka, she took her team towards victory whenever they faced difficulty. In the first match, Maroof scored 28 off 32 balls, in the second she made 22 runs off 29 balls, and in the last one she scored 15* off 15 during the crucial over and was declared the ‘Play of the Match.’

On the other hand, leg spinner Tuba Hassan won her international match against Sri Lanka and remained the highest wicket-taker. She was awarded the ‘Player of the Series’ for her amazing figures.

She did a phenomenal job in restricting the other team’s runs to maintain immense pressure on them, eventually making them crumble.

Asides from these two amazingly talented Pakistani cricketers, 17-yo all-rounder Trinity Smith has also been announced in the nominations. The young lady made her debut against France followed by Spain and Austria. She scored  59* off 43 balls and picked up 2/18 in four overs with her right-arm medium pace. In the final match of the series, she smashed yet another fifty (56* of 40 balls) and also picked up a wicket.

We commend the girls on their fantastic performance and wish them all the best for their future games. We have seen them give 110% in each series time and time again, and are extremely proud of the dedication to reviving cricket for females across the nation and their global feats.

One of the most recent achievements was winning the first world cup series in 13 years and 18 consecutive losses.

Nida Dar stood out as the star of the show. She successfully secured the title of the Player of the Match and made us proud as a nation.

Following the news, internet users congratulated the women in green for their latest achievement. Pakistan secured their first victory of the 2022 ICC Women’s Cricket World Cup by beating the team West Indies by eight wickets in Hamilton, Ontario.