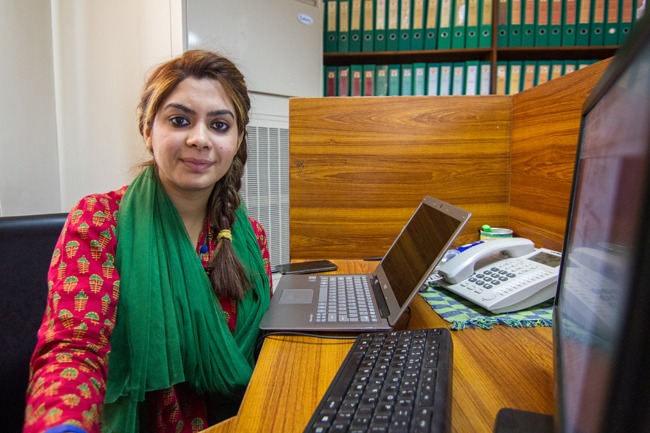 The State Bank of Pakistan (SBP) has recently released a gender mainstreaming policy brief titled, ‘Banking on Equality: Reducing the Gender Gap in Financial Inclusion.’ On Friday, the policy was unveiled by President Arif Alvi in an event at Aiwan-e-Sadr. The policy aims to improve women’s access to financial services and reduce the gender gap in financial inclusion.

The state believes that the first step is bank accounts which are not easy to open. However, efforts are being made, and progress in branchless banking have assisted women from various socio-economic backgrounds to become financially active.

If you wish to look into Banking on Equality, please visit: https://www.sbp.org.pk/BOE/index.html

In the near future, the government is aiming to assist Pakistani Women to Open Bank Accounts Online

State Bank of Pakistan had said that based on the Roshan Digital Account framework, the institution had devised a comprehensive Customers’ Digital Onboarding Framework. This will facilitate banks and Microfinance Banks (MFBs) to conveniently and remotely open bank accounts of resident Pakistanis by using digital channels, including websites/portals, mobile applications, digital kiosks, etc.

“Under the National Financial Inclusion Strategy, a target was set to ensure that at least 20 million women must have an active bank account by 2023. However, despite overall growth in financial inclusion, the gender gap has continued to persist,” says State Bank Governor Dr. Reza Baqir.

Earlier on, women faced problems while opening a bank account, such as a lack of supporting documents. These were usually associated with a male family member. Under the current policy and digital banking, women will be allowed to open banks with minimum documentation.

The government of Pakistan recognizes that women’s financial inclusion is a key driver for obtaining sustainable and inclusive economic growth. However, lesser women in Pakistan are financially literate. With policies such as Banking on Equity put into place, more women will understand their finances better, have active bank accounts, and diminish the gender gap in financial inclusion.

Pakistani women who are housewives or are single previously attempted to open a bank account at one of the commercial banks in Pakistan. However, much to their dismay, they were refused the right due based on their lack of supporting documents, including spouse’s or father’s source of income or utility bills.