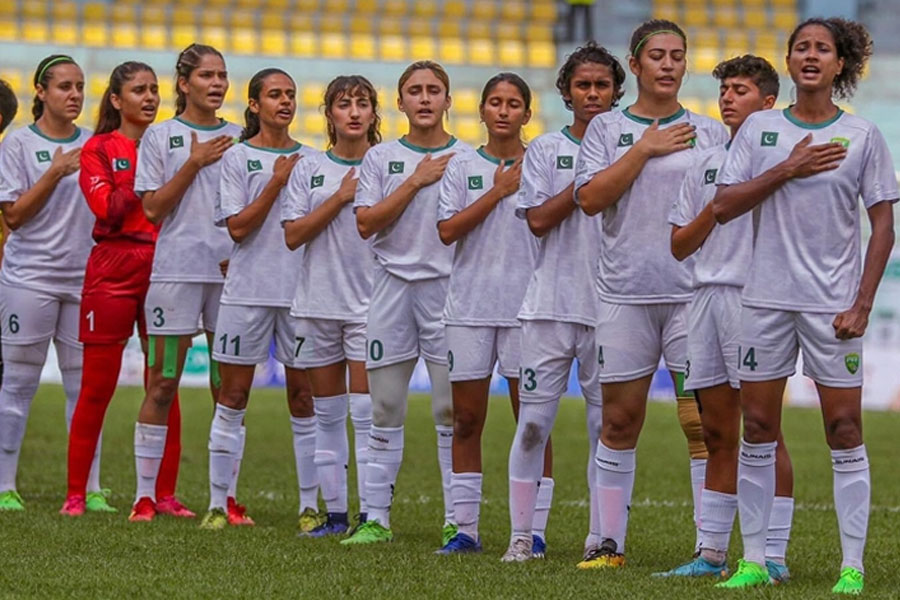 Following the national women’s team’s historic 7-0 victory over the Maldives in the recently-held SAFF Women’s Championship 2022, the governing body has added the national side to the rankings table.

The green shirts occupied the 160th rank with a total of 928.4 points.

The recent SAFF Women’s Championship 2022 marked the first tournament in which Pakistan took part after FIFA lifted the ban on the Pakistan Football Federation (PFF) on June 29. 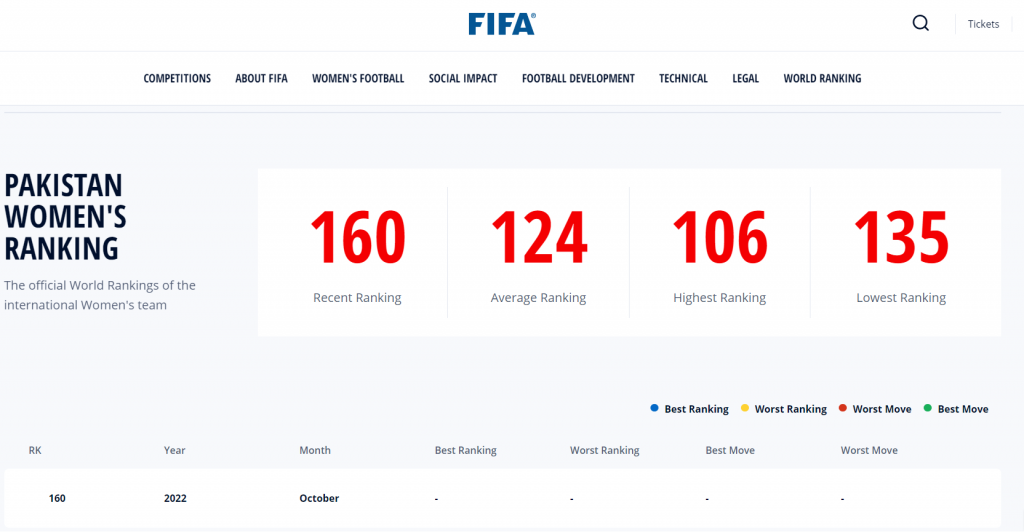 Pakistan women’s best position in the history of the ranking was 106 in March 2013. The Pakistan Football Federation is planning more international matches for the national women’s football team in the next four months.

We must mention here that the girls are going a phenomenal job and are rising icons. Moreover, each one of them is empowering the next generation of girls who want to join sports and become the next footballers to make Pakistan proud.

How Are Rankings Calculated?

In the FIFA Women’s World Ranking (WWR) teams are ranked according to a value that is a measure of their actual strength. One of the benefits of this is that a considerable amount can be learned about the ranking value (or rating points) of a team.

Basics of the Ranking method

The basic formula of the WWR is in fact quite simple:

The result of a team’s match is converted into a value: “Actual”. Via some formulae, the difference in rating points (strength) results in a “Predicted” value.

‘I Got Addicted to Cocaine After My Cricket...