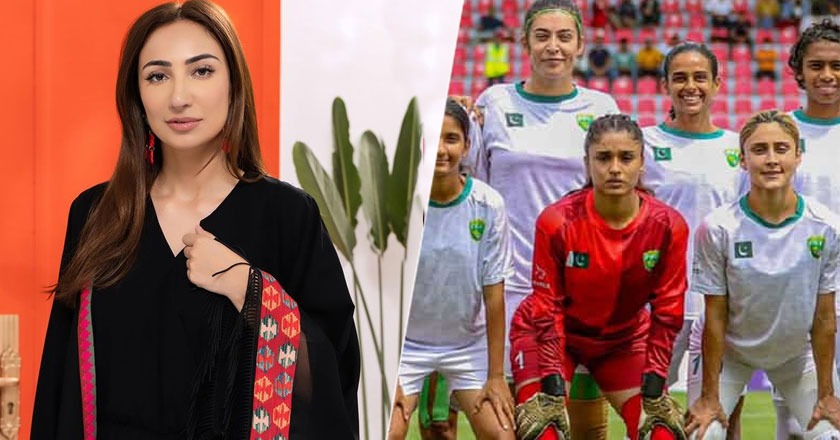 This came as exciting news as we wanted to see our girls in action, and hoped that they would reach the sky when it comes to success. Although they did not win the trophy, they won our hearts.

Especially with their performance against Malaysia in which they defeated the opposition by a whopping 7-0 score.

Pakistan won against Maldives by 7-0! Nadia Khan secured 4 goals while Rameen, Khadija and Anmol got 1 each in their third match and first win in EIGHT years at SAFF Women’s Championship.

However, during a press conference, despite the appreciation, a journalist raised a question that has infuriated most of social media.

The journalist called out the team for wearing shorts throughout the tournament. He questioned why the girls didn’t wear leggings as they come from the ‘Islamic Republic of Pakistan’.

In response, the coach replied that Pakistan holds its social and religious values very close, but in sports, one has to be progressive.

Anoushey Ashraf was one of the many who lost her temper and called out the journalist.

She called for a ban on journalist, saying he should know that Pakistan became an “Islamic” republic much after Jinnah’s death. “This country was made for oppressed Muslims, and not in the name of Islam to suppress Muslims of their choices. 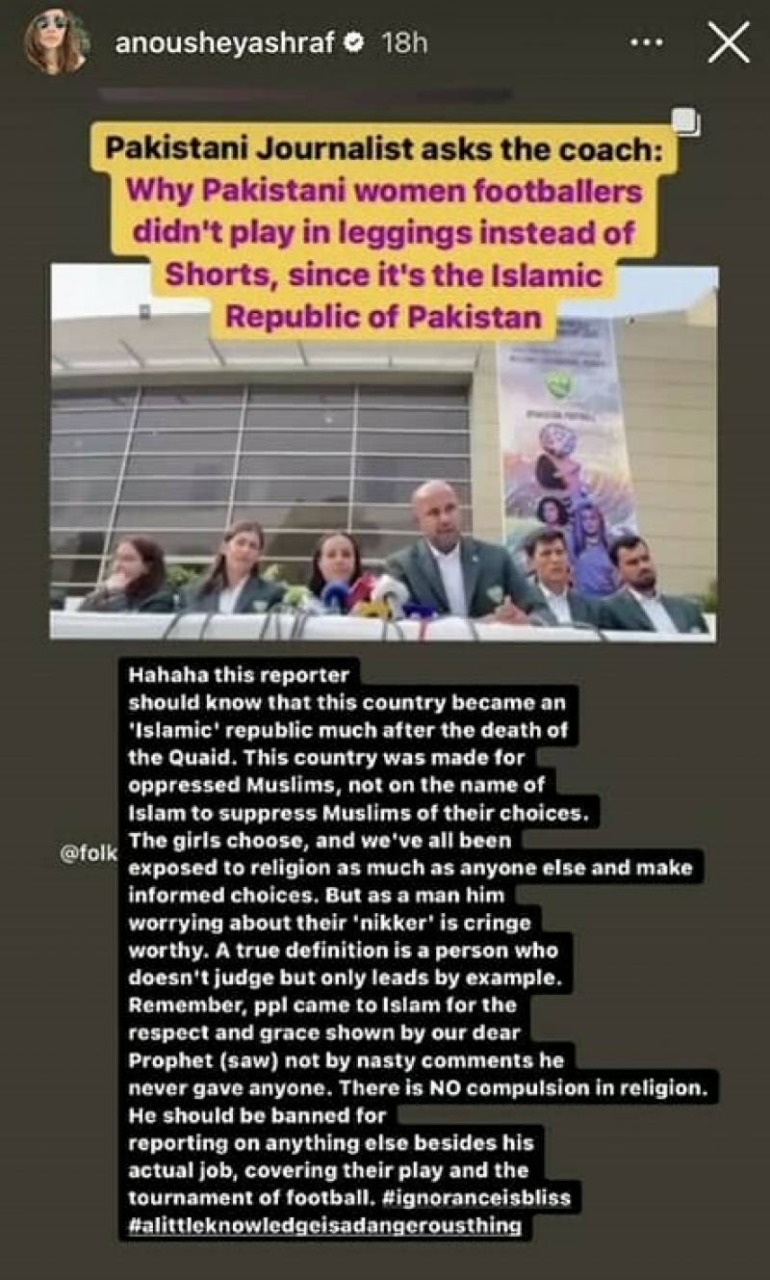 “The girls choose [what to wear], and we’ve all been exposed to religion as much as anyone else and make informed choices. But as a man him worrying about their ‘nikker’ is cringe-worthy. A true definition is a person who doesn’t judge but only leads by example,” her Instagram post reads.

Nonetheless, we are extremely proud of our girls who represented Pakistan on an international platform. Despite not having financial support like other teams, proper equipment, or a training facility, these girls have shown that with time they can bring the trophy home.