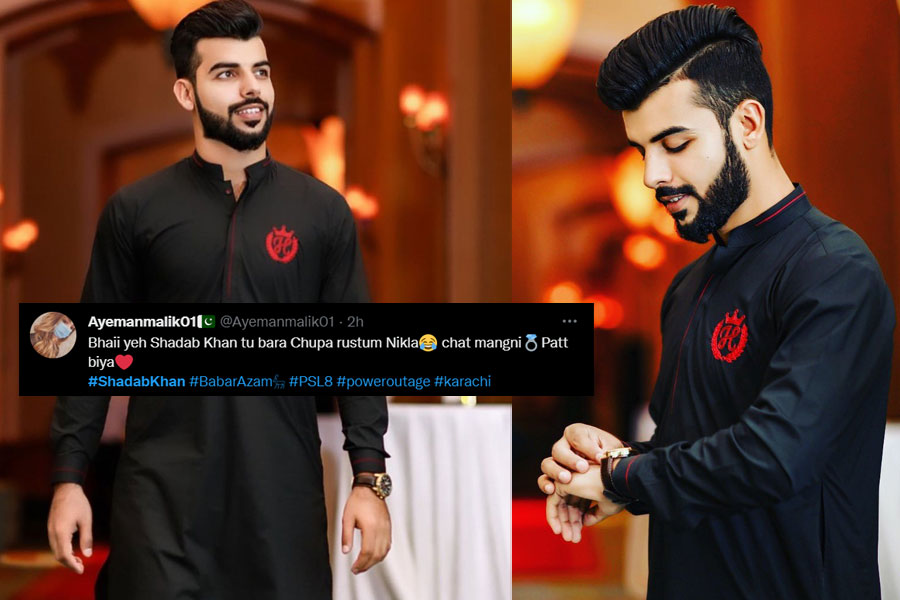 Sorry ladies, Pakistani cricketer and heartthrob Shadab is now a married man! Shadab Khan’s nikkah announcement was made by the sports star on Twitter.

Along with the announcement, he shared that his wife and life partner is none other than Saqlain Mushtaq’s daughter. The post on Twitter read:

“Alhamdulilah, today was my Nikkah. It is a big day in my life and the start of a new chapter. Please respect my choices and those [of my] wife, and our families. Prayers and love for all,”

Khan’s note read that he was becoming a part of his “mentor Saqi bhai’s family”. “My wife has asked for the same, she wants her life to remain private. | would kindly request everyone to respect her choice and our family’s choice,” the note further read.

The cricketer jokingly wrote about welcoming salaamis. “| will send an account number,” he added wittily.

Alhamdulilah today was my Nikkah. It is a big day in my life and start of a new chapter. Please respect my choices and those my my wife’s and our families. Prayers and love for all pic.twitter.com/in7M7jIrRE

While Shadab Khan’s nikkah is being celebrated by his fans, there are also those who have received one of the biggest shocks from this out-of-the-blue announcement.

Many cricketers congratulated Shadab on tying the knot. Twitterati, however, reacted to the news of Shadab getting married differently.

Here’s how some of them responded:

“Congratulations Shaddy” on getting nikkahfied and be ready for your dishwashing’ tweeted one user.

me waking up to shadab khan being married pic.twitter.com/CkDeKUXatr

Honestly, we can relate to this situation on the same level!

Umm…I went to sleep for 3 hours and shadab got married? I whaaaa???

Earlier today, former cricketer Basit Ali shared that he believes that Pakistan Cricket Board 9PCB) should change the captains for all 3-formats.

Furthermore, he added that Shaheen Shah, can lead the Men in Green in ODI and Test cricket and that Shadab Khan, could be a captaincy option in T20I cricket.

Khan has gained a great number of confidence under Babar Azam, so is it time he took up the responsibility as well? Only time will tell!

Congratulations to the couple, we wish them all the very best in their future endeavours.