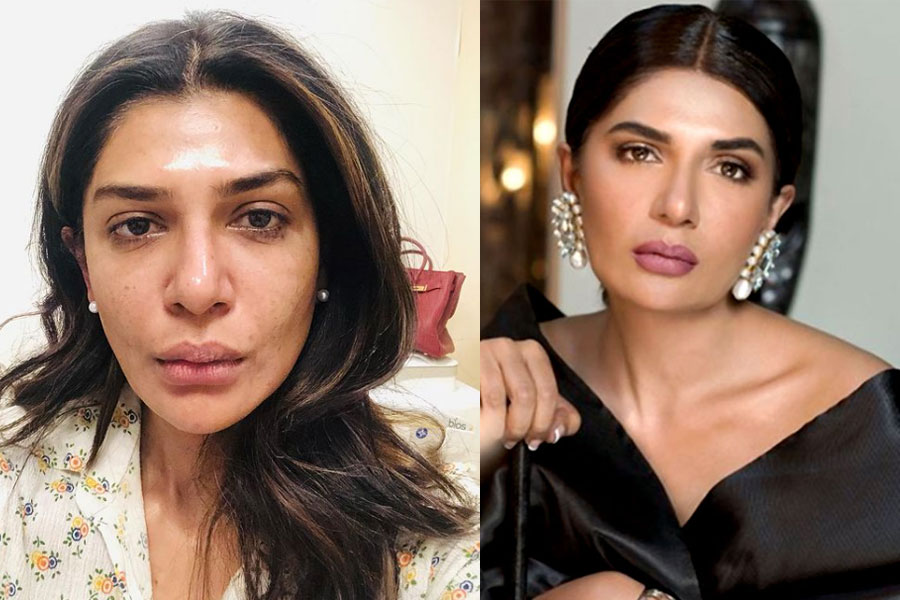 Pakistani actress Iffat Omar recently made a guest appearance on a podcast with Mansoor Ali Khan. During the episode, she spoke about many different things from her fitness to the medical procedures she has received.

While talking about her cosmetic surgeries and procedures, the actress shared “Nowadays, a lot of things are available, women are aware, and they look after themselves,” she said of her fitness.

‘I get them because it’s my investment; I work in this industry, so I spend money on myself, and I don’t hide my procedures; instead, I opt for more natural-looking procedures. Fillers change you, select treatment wisely”. She added.

Iffat Omar Claps Back at Trolls Over Cosmetic Procedures

This is not the first time her procedures became the centre of attention. Just last year, Iffat Omar opened up about having cosmetic fillers and was trolled by some social media users.

A user commented under the Aangan star’s post saying that her “filler looks a little extra,” to which the Dour diva replied by saying, “No fillers my lips look more prominent since I lost weight. I look after myself and very rarely had fillers.”

Moreover, the starlet did not shy away from sharing the images in which her fillers and other procedures were more prominently noticeable.

Are Cosmetic Surgeries a Taboo?

Cosmetic surgery is often considered a taboo topic because it is associated with vanity and a focus on physical appearance. In many cultures, there is a strong emphasis on humility and self-acceptance, and the idea of changing one’s appearance through surgery is seen as a rejection of these values. Additionally, there is a widespread belief that cosmetic surgery is only for the wealthy and that it is frivolous or unnecessary.

Another reason why cosmetic surgery is considered taboo is because of the potential risks and complications that can occur during and after the surgery. Some people may perceive the risks as not worth taking for the sake of vanity.

Additionally, In some societies, the concept of changing one’s physical appearance through surgery is seen as unnatural and against the natural order of things.

However, in recent years, there has been a growing acceptance of cosmetic surgery as a personal choice and an option for those who are unhappy with their appearance. Many people believe that if a person is not happy with the way they look, it can affect their self-esteem, self-confidence, and overall well-being, and in these cases, the surgery can be a positive thing.

It’s important to note that everyone’s perspective and cultural context are different and cosmetic surgery may be seen differently in different cultures.