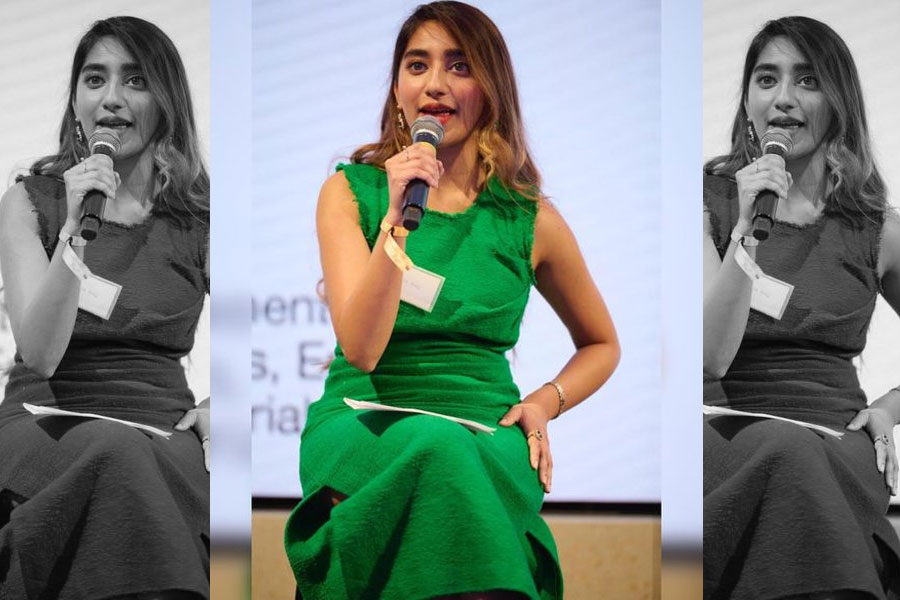 United Nations Goodwill Ambassador Aliza Ayaz took it to her Instagram to pen down an emotional and angerful note. The message was addressed to global organisations who have just been talking on and on about taking major steps to preserve the Earth and work towards the rising crisis instead of taking real action.

Aliza continues to express her anger pointing out that all the hard work and projects she personally worked on with the mentioned organisations now feel like a waste for her as no results have been churned.

The havoc-wrecking in London and beyond (Western Europe) is witness to how human-caused global warming are now a deadly reality.

She continues to say that the fact that we’ve arrived at this point — with deadly extreme heat virtually shutting down major industrialised nations, but without changing course to curb greenhouse gas emissions — is depressing and baffling to the scientists who have been warning about this moment for years.

The heat wave wreaking havoc on London and beyond (Western Europe) today signals the arrival of a new era: extreme heat events that would have been virtually impossible without human-caused global warming are now a deadly reality.

Why does it matter? The fact that we’ve arrived at this point — with deadly extreme heat virtually shutting down major industrialised nations, but without changing course to curb greenhouse gas emissions — is depressing and baffling to the scientists who have been warning about this moment for years.

My favourite professors, the climate scientists I work with – we are all in dismay. As a climate activist and a global citizen, I feel upset that may be my work for climate policy, education and awareness under @uclcas @pak.cas @ozyegincas and so many more organisations (From @friends_earth or with the @ukgovofficial (to push to declare a climate emergency)) was worthless.

As a human, my heart breaks that we have not mustered the political will to meet the climate crisis with the urgency that is required. My scientific mind understood in Grade 7 of school that the summers to come (like this one) will be one of the hottest for the rest of our lifetimes unless we decide to treat the climate crisis like the emergency that it is. What seems horrific today will seem mild in comparison to what is to come – unless we take our opportunity to act now.

As we all sigh and run to fans/air con to escape the harsh heatwave today, imagine what it’s like for those without that privilege, without electricity, without an alternative. And they were going through this a good few years before us in South Asia at least.

So… have I failed? Have we failed? I will keep saying no for as long we act on our conscience and keep reaping opportunities. My head is down today. But. We have to keep trying. Adapting and mitigating. That is #climateaction for me. 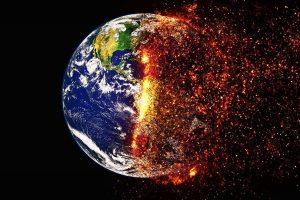 In Montana and Wyoming, massive flooding has destroyed bridges, swept away homes, and forced the evacuation of more than 10,000 visitors from Yellowstone National Park.

In Pakistan, the extreme heat has cause hundreds to lose their lives, moreover, just a couple of weeks ago a blaze gulped down 40pc trees in the Koh-e-Sulaiman Range; experts blame extreme temperatures and human interference.  The Shirani forest, located at a 4-hour drive from Quetta, is one of the largest fruit-bearing areas in the country, located in the Zhob division near the Balochistan-Khyber Pakhtunkhwa border. Spread over 26,000 hectares, it is home to more than 10.8 million pine trees, each worth over Rs20,000.

Australia’s bushfire season now lasts for 130 days a year and has lengthened by almost a month in the past four decades, according to new research.

– After a week of record-breaking heat, firefighters in northern Spain are struggling to extinguish a wave of forest fires that emerged during the first weekend of the year

– The death toll from heavy rains and flooding in Brazil’s northeastern state of Bahia rise to 26, with 715,634 people affected

– 21 tourists have lost their lives in the past two days after their vehicles were trapped due to heavy snowfall in a famous hill station near Pakistan’s capital, Islamabad

Do you agree with Aliza Ayaz’s statement? Share your thoughts with us in the comments below.
Stay tuned to WOW360 for more news and updates.

7 Reasons That Make iPhone 13 Better than...