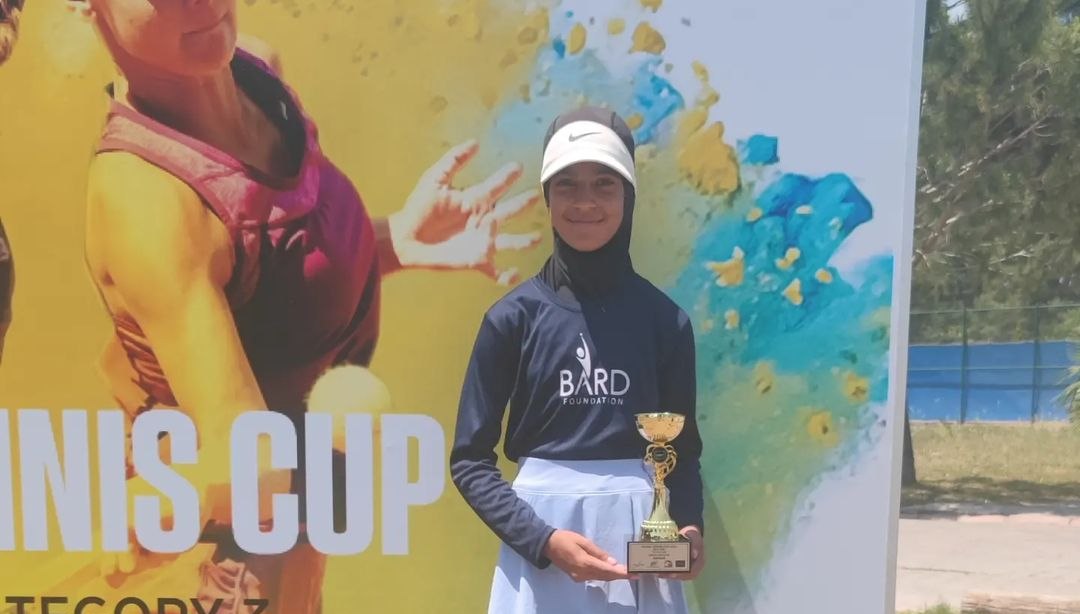 11-year-old Pakistani tennis player Haniya Minhas has added another accomplishment under her belt. She has won the European championship that took place in Turkey. Minhas played against Turkey’s Zümra Balkan, a National Team Tennis Player, and won the ‘Europe Singles Under 14 Adana Cup Turkey.’

Congratulations to Minhas on her latest victory!

Haniya, who is active on her Instagram account, took the news to the social media platform. She captioned the post “Winner Tennis Europe Singles Under 14 Adana Cup Turkey” with a photo of her posing with her trophy in Turkey after winning the match.

Minhas has inspired many young girls of her age and their parents with her tennis career. She is the beacon of hope for young girls who wish to pursue sports and set a standard in their fields at a young age.

Because of her dedicated career in tennis and her many accolades, Haniya has also been invited by Pepsi and ARY for the Pakistan Sports Awards as the Emerging star of the year.

Ramadan night cricket tournament ‘Khelo Khavateen’ promotes sports among Pakistani women. The final match of the night cricket tournament for women was held in Karachi’s Kokon Park this week. The tournament aims to bust the taboo of only men playing cricket in the nighttime during Ramadan. During Ramadan, women, who are already barred from stepping out at night, are completely cut off from any sports and recreational activities. While men come out to play night …