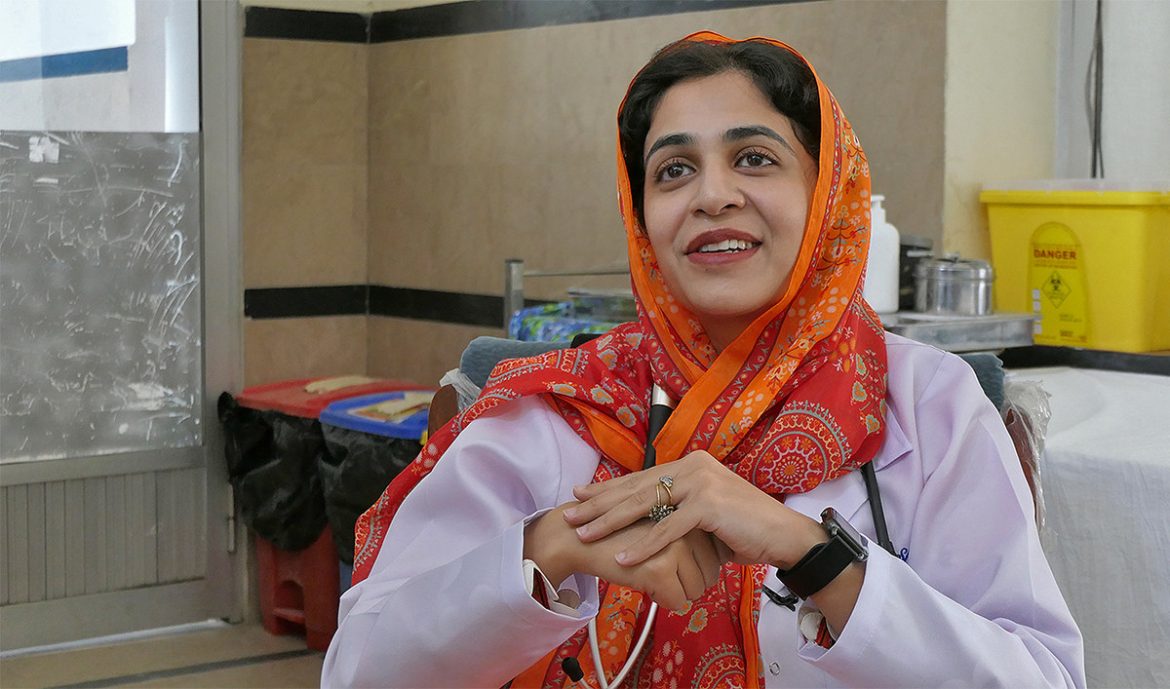 Dr Mahwish Sharif is the First Doctor in Balochistan with a Hearing Impairment.

At the age of 4, Sharif lost her hearing due to sensorineural hearing loss (SNHL) due to eardrum damage. All her life, she has faced people who treated her differently because of her impairment, but things changed for her once she became a doctor.

She overcame years of prejudice by finishing medical school and being appointed at the only health facility in the provincial capital Quetta for respiratory and viral diseases, Fatima Jinnah Chest Hospital, as a doctor.

Sharif comes from a remote village in the central Balochistan district of Kachi. As a child, she dreamt of becoming a doctor even when she knew she had lost her hearing. Her willingness to become a doctor became part of her games at a young age. As a little girl, she played with her brother, who pretended to be a patient, while Sharif pretended to be a doctor.

While speaking to a reputable publication, she said, “The white coat that doctors wear and the stethoscopes always inspired me.”

Sharif faced many challenges and adversities when she was at med school. From the teachers at university complaining about her hearing disability to her not being allowed to use her hearing aid when giving her exams – the road to becoming a doctor was not easy.  However, she was determined.

Her only support system was her family, who helped her along the way in whatever way possible. Sharif graduated from Bolan University of Medical & Health Sciences in 2021 with pride, but it came after years of insensitive comments and discrimination.

Her story is truly inspirational for people with disabilities. She hopes that parents would allow their children to face challenges of the outside world by themselves to be able to lead a life without being dependent on others.

Instagram is home to many popular bloggers based in Pakistan and overseas. Some have full-blown careers on social media, while others have completely different careers outside the medium. From Pakistan, many female doctors are also bloggers present on the medium. Let’s look at 5 female doctor bloggers you can follow on social media. Social media is such an incredible medium. It connects us to people we may never cross paths with in-person…