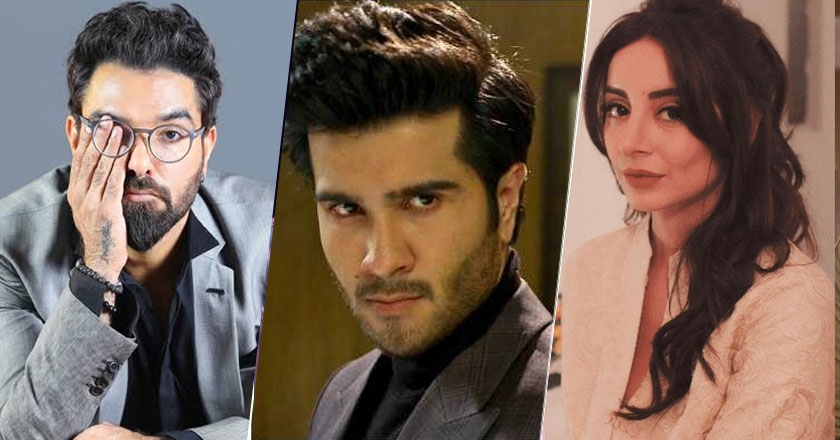 Several celebrities have taken to social media to express their anger and lash out at Feroze Khan for sharing their private numbers online.

Earlier, Feroze Khan took to social media to announce that his lawyer has sent legal notices to 11 individuals, including his ex-wife for defamation.

However, when Khan posted images of the legal notice, he did not hide the private information of the celebs he named. Following this, the individuals started to receive a wave of calls and WhatsApp messages (some even harassed them and asked for work/money).

Yasir Hussain wrote on Instagram “A stupid man first hits his wife and then publicly shares our numbers online. Now, due to this, a child has been constantly messaging me to cast him in dramas, otherwise, he’s threatening me to give him Rs100,000,” 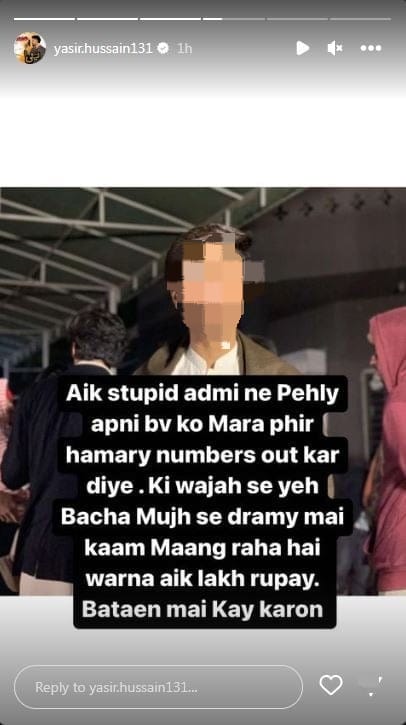 In his next Insta Story, Yasir Hussain shared a screenshot of the aforementioned threats with a message.

“This person has sent me his personal number, yet I won’t publicize it. Do you know why? Because I went to school and that should count for something. It should show that you are educated. Shame on you, stupid man,” Yasir wrote. 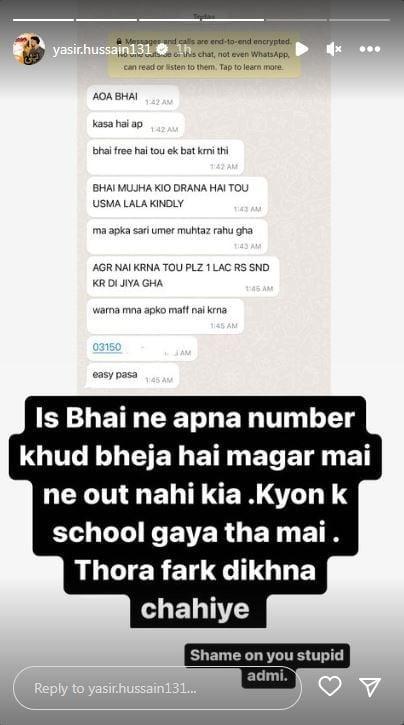 Yasir Hussain shared another screenshot, with a caption saying, went “Thankyou Feroze Khan, you have sent a Falak Shabir fan to me too! May God reward you for these actions. Can I also make your fans meet you too?” 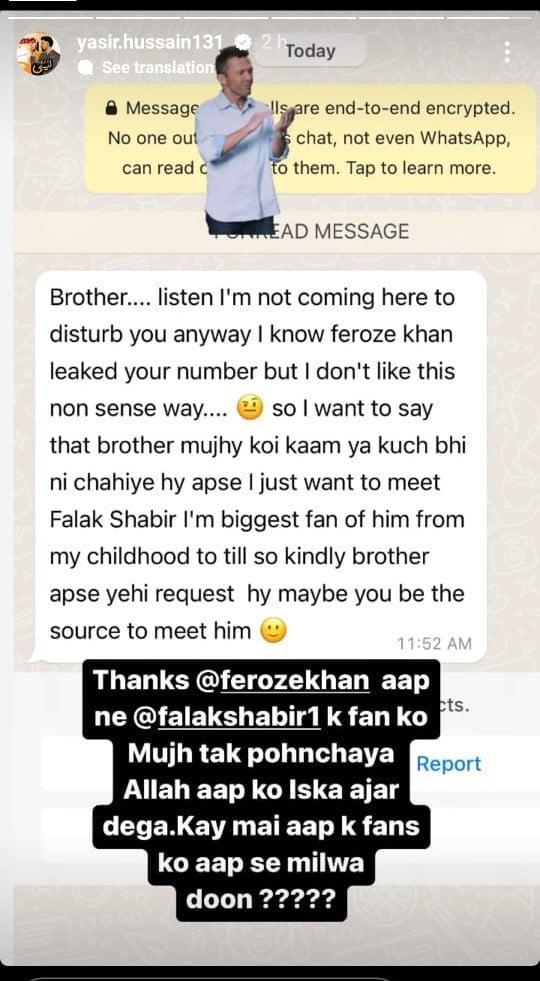 ‘Loyalty Has Decreased in Society’ Nadia Khan on Divorce Trend

Sarwat Gillani also shared her call log after the fiasco, calling Khan out for his actions. She wrote:

It is bizarre and despicable that private information, including phone numbers, of various famous individuals, has been publicly shared on the absurd pretext of issuing a legal notice to them by @ferozekhan Not only are such actions clearly illegal but also demonstrate the total lack of maturity to handle matters in a civilized way.

Two days ago @ferozekhan had one ex-wife and her lawyer now he will have to face 10 celebrities and their lawyers after him. Good luck!

Minal Khan also share her two-cents on the matter after her number was also leaked to the public,

Yesterday my private information including my personal phone number was leaked on social media. It was an utterly shameful act which was carried out intentionally by @ferozekhan on the absurd pretext of issuing a legal notice.

This action of his has caused me severe mental distress as I have been receiving hundreds of calls and messages. My personal security has been breached & put at risk as I have been mentally harassed, tortured & threatened by multiple numbers. Me and my family’s life has been put in danger.

Such actions are illegal – This being said I will be taking very strict legal action against Feroze khan for leaking my private information on social media along with multiple other famous individuals. 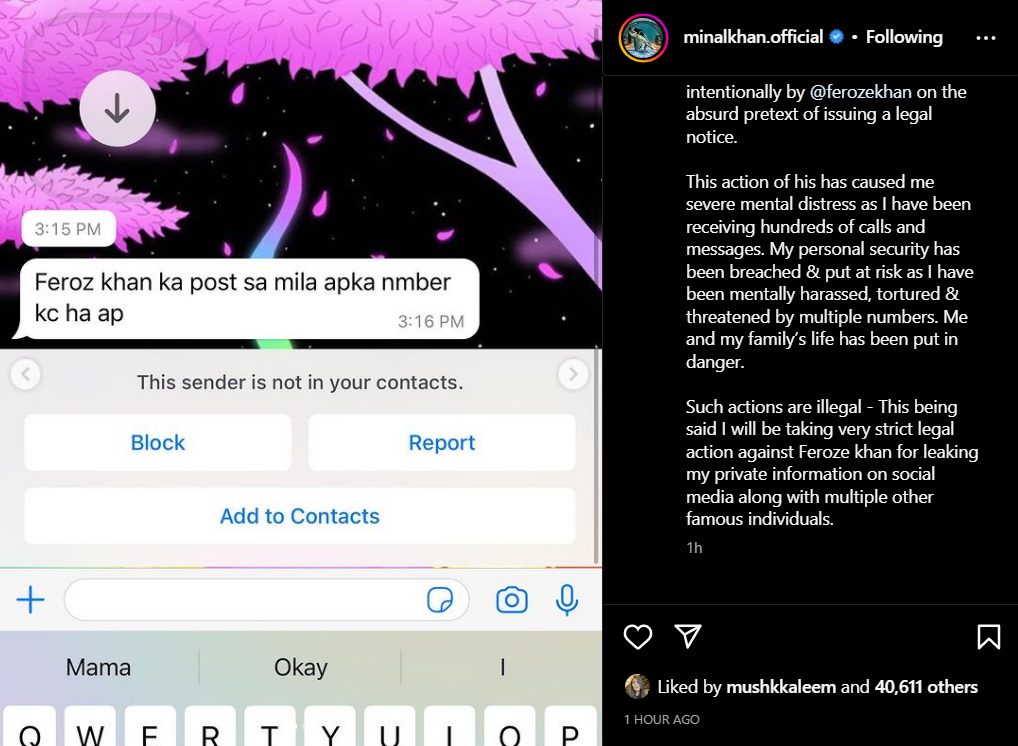 Do you think it was intentional or a mistake? Share your thoughts with us in the comments below.
Stay tuned to WOW360.
Aiman KhanFeroze KhanMinal KhanSarwat GillaniSharmeen Obaid-ChinoyYasir Hussain
0 comment
0
FacebookTwitterPinterestEmail