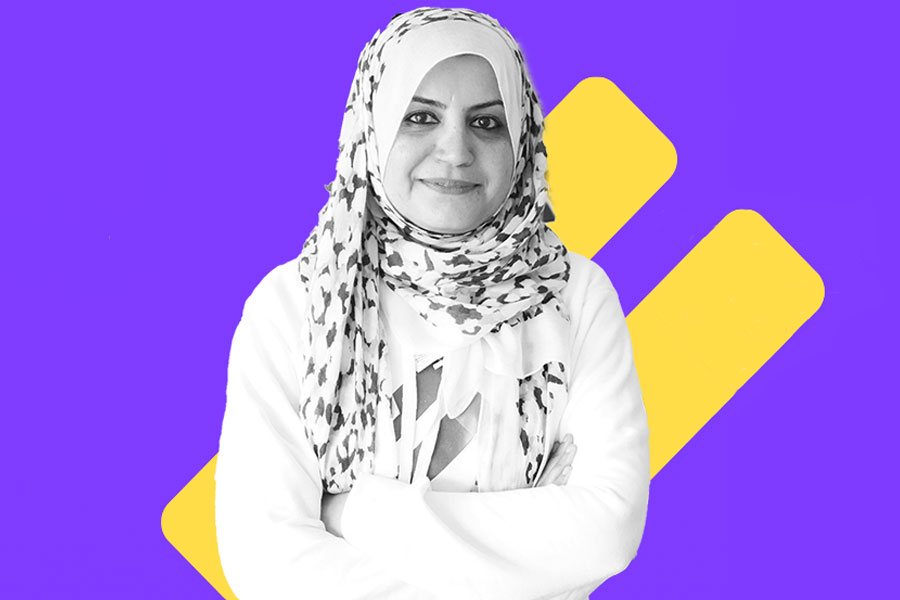 When it comes to technology, there has always been a stereotype that women and tech don’t go together. Well, Dr. Habiba is one of the many examples that debunk and put people who have such thoughts in place.

Growing up, Habiba was always told that one day she would be a wonder kid in the field of medicine, however, her passion for engineering, math, and tech ensured she had other plans.

It didn’t take her long to leave Pakistan and travel the world to develop skills and experience by living and working in 3 different continents over a span of 2 decades.

Not only did she receive a scholarship in the US, but she also completed a 7-year computer science PhD and become one of the most accomplished tech experts on the planet!

Working for Microsoft and several other global tech firms, achieving success as a female in the male-dominated engineering sector, and playing a key role in the growth of an app that’s spreading across the world is an unlikely story for any girl, never mind one who grew up in Pakistan.

“Both my grandparents were mathematics teachers,” she explained. “My grandmother was a middle school teacher and my grandfather was a high school teacher. I was an organized person. I tended to dress up properly with matching shoes and hair clips. I kept my toys and clothes organized. I was always an early morning riser.
“My grandparents used to wake up early too. Those morning moments spent in their company while the rest of the world was still sleeping were one of my most precious moments in life. I had a very strong inclination towards mathematics right from an early age. I didn’t care much about how I performed in other subjects – but had to have a perfect score in math. I would never get bored with solving math problems over and over again.
“So, somewhere subconsciously, I knew I would focus on math and engineering as a career path. Although my mom was disappointed that I didn’t take medicine as a profession. Going abroad for higher education was one of the most pivotal moments in my life,” said Dr Habiba.
“This education shaped my career and a few aspects of my life. However, the bigger impact of leaving the comfort of home and familiarity was self-discovery.

“Nothing prepared me for the way my life changed. To be independent. To fend for me. To discover myself when no one who knew me before was around to judge or analyze me.”
During her PhD studies, Habiba also worked as a research intern for Microsoft in Washington and joined a team devising optimal ad strategies for Bing and Yahoo Search. She spent 9 years in the US, followed by a move to Germany in 2013 where Habiba began post-doctorate studies at the University of Kontanz. This was a large European Union Research (ERC) project about the impact of colonial encounters in the Caribbean, the nexus of the first interactions between the New and the Old World.
After 4 years of post-doctorate research, Habiba switched from academia and took all her knowledge and skills into a new role with Hamburg firm OTTO GmbH. During that time, she worked as a data scientist for business intelligence in online marketing. In 2018, the next stop was over 10,000 miles away as Habiba swapped Europe for Sydney, Australia to join Microsoft as a Cloud Solution Architect focusing on data and AI.
Now a Cloud Solution Architect with Microsoft, in 2021, Dr.  Habiba was offered a position to join Pakistani Fintech startup Metric as a third co-founder and CTO. This opportunity was her once-in-a-lifetime chance to help build a fintech product that supports small businesses all over the globe from her own home in Pakistan.
Working closely with CEO Meenah Tariq and Managing Director Omar Parvez Khan, Metric has now expanded to over 90+ countries in just 5 mere months.
“The most rewarding part of working with the Metric team is to step out of my usual and more familiar roles into something way more creative and rewarding.
“I have been a researcher, a data scientist, and an engineer throughout my career. As a CTO for a fintech start-up, I get to apply for all these roles in one place. Additionally, there is more sense of ownership as you try to not just figure out how tech can help transform businesses but also try to figure out what would truly help the end user achieve more.
“As a team, we all are constantly learning. We all are solving problems that we haven’t tackled before. We are constantly trying to calibrate our efforts to create a meaningful impact. In the end, we are trying to build something that we genuinely care about and believe in.”
Offering 3-key pieces of advice, Dr. Habiba concludes “Don’t be afraid to take risks. Attempt to do something out of your comfort zone. Embrace failures, and lastly, while trying to achieve short-term goals, constantly revisit where you want to be in the long-term.”
Stay tuned to WOW360.
Dr HabibafintechMetric AppWomen CTO in PakistanWomen in Tech
0 comment
0
FacebookTwitterPinterestEmail