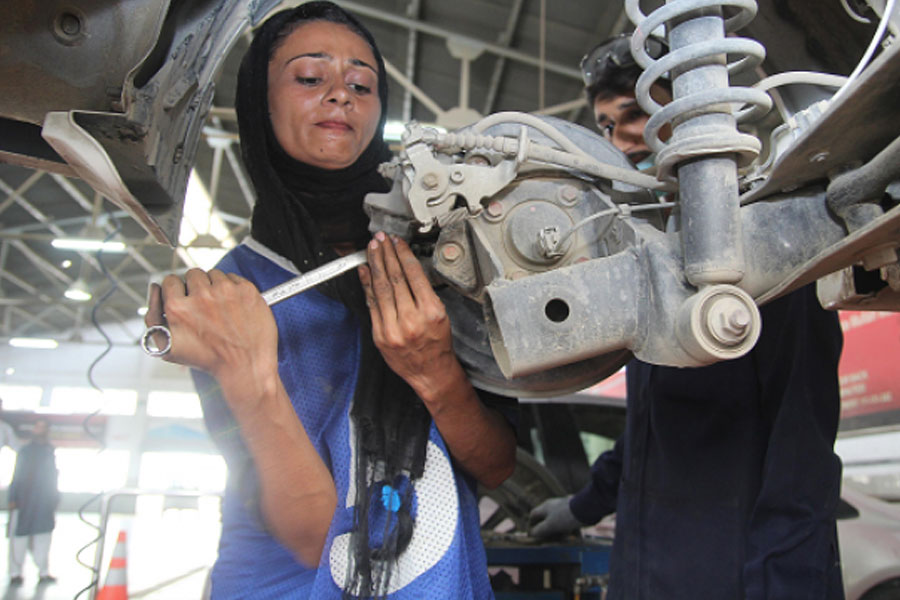 Uzma Nawaz is a living and breathing example that if you put your mind to it, you can make it happen. Nawaz is Pakistan’s first female mechanic, breaking stereotyping and showing people that girls can be mechanics too.

“I took it up as a challenge against all odds and the meagre financial resources of my family,” Nawaz told AFP. The young lady skipped meals and took other steps in order to complete her degree as her background was not strong.

“When they see me doing this type of work they are really surprised.” She added. Nawaz hails from the small town of Dunyapur in eastern Pakistan’s Punjab province, Nawaz relied on scholarships to get to where she is today.

“Whatever task we give her she does it like a man with hard work and dedication,” said co-worker M Attaullah. 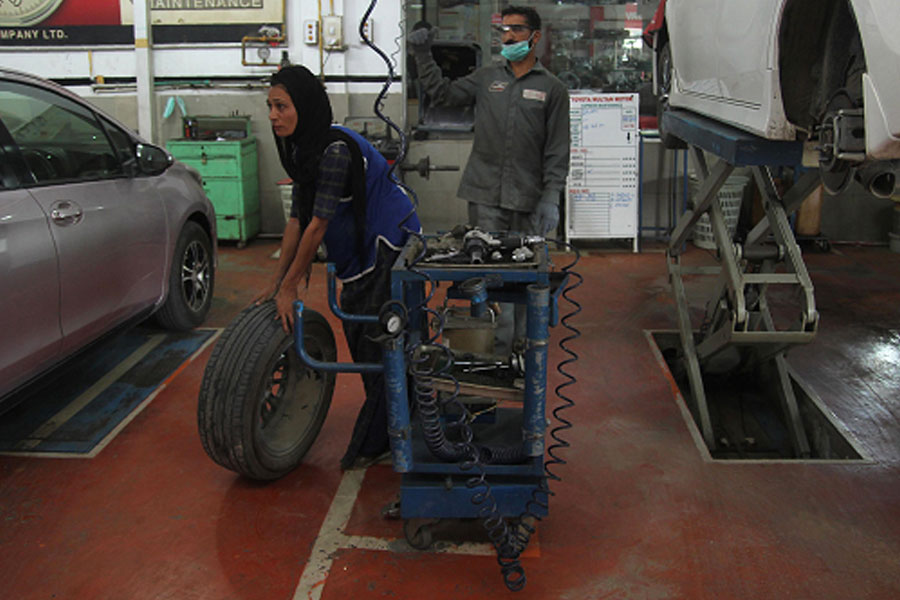 “No hardship could break my will and motivation,” she says proudly. Just a year into the job, Nawaz has become a seasoned pro who has learnt to do almost anything, from removing tyres to inspecting engines. The sight of seeing her world has shocked many of her customers.

“I was shocked to see a young girl lifting heavy spare tyres and then putting them back on vehicles after repairs,” customer Arshad Ahmad told AFP.

She has also impressed her co-workers too. “Whatever task we give her she does it like a man with hard work and dedication,” said co-worker M Attaullah. 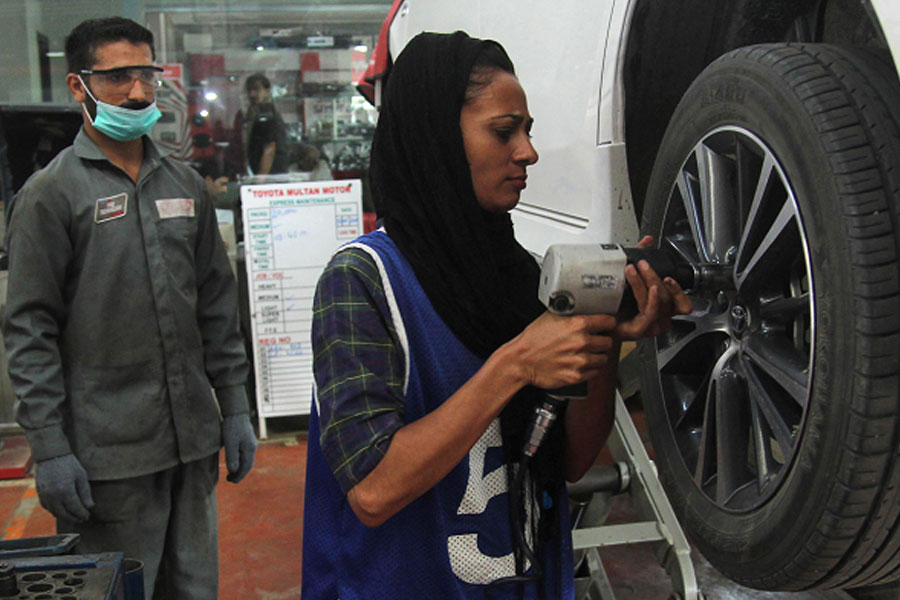 “There is no need in our society for girls to work at workshops, it doesn’t seem nice, but it is her passion,” said her father Muhammad Nawaz. “She can now set up the machinery and can work properly. I too am very happy.”

Hats off to women like Uzma Nawaz who have left no stone unturned and are an example of how willpower and family support can take you ahead in life.