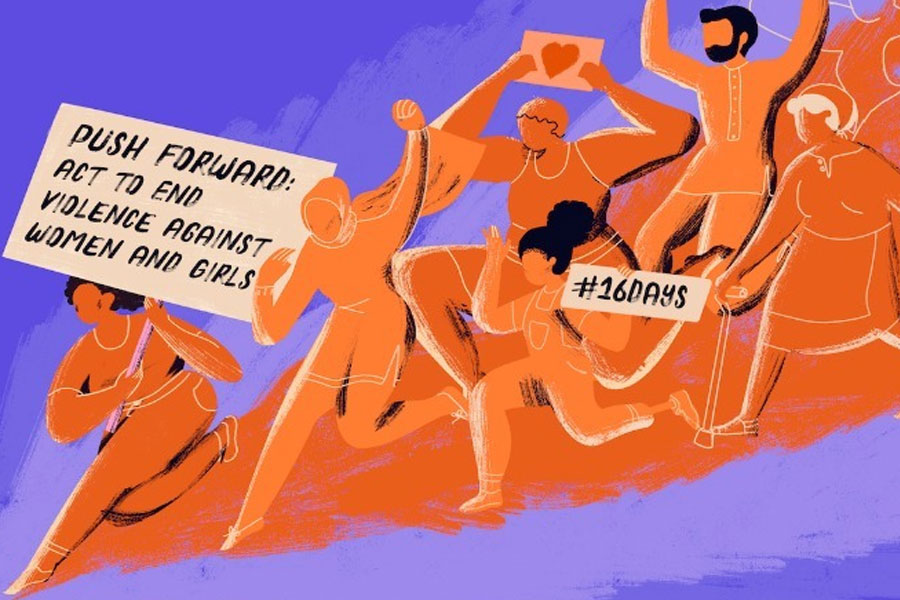 For those who are unaware, ’16 Days of Activism against Gender-Based Violence’ is an annual campaign that commences on 25th November, the International Day for the Elimination of Violence against Women, and runs through International Human Rights Day on 10th December.

The campaign has massive support from the United Nations through the Secretary General’s UNiTE by 2030 to End Violence against Women initiative. Moreover, this year, the UN has marked the ’16 Days’ campaign under the theme “UNiTE! Activism to end violence against women and girls”.

According to the data, at least every 1 in 3 women experiences gender-based violence during her lifetime. In 2021, nearly 1 in every 5 women aged 20-24 were married off before the age of 18. Furthermore, less than 40% of women who experience violence seek help of any sort.

COVID-19 resulted in a spike in several cases of domestic and other forms of violence against women. It is speculated that its prevalence is now being further increased by the intersecting crises of climate change, global conflict and economic instability.

Unfortunately, according to UN Women, anti-feminist movements are on the rise, attacks against women human rights defenders and activists are up, and the legal status of women’s rights is increasingly imperilled in many countries.

Regressive new laws are exacerbating impunity for perpetrators of domestic violence, governments are using force against femicide and gender-based violence protestors, and women’s rights organizations are being increasingly marginalized.

Through this ’16 days’ campaign, the UN Women is encouraging men and women from around the globe to get involved and amplify the suppressed voice of survivors and activists who are supporting this notion. Violence against women can be prevented, reduced, and eventually stopped if we all come together and pushback.

What are your two cents about the 16 Days of activism against gender-based violence campaign?