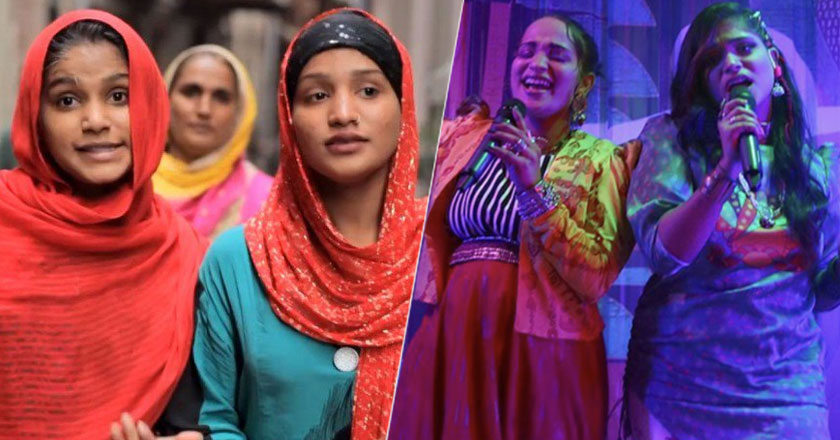 Commonly known as the ‘Justin Bibis’ – Sania and Muqaddas have shot to fame since their viral video in 2015. The duo were filmed singing Justing Bieber’s famous song ‘Baby’ despite being uneducated and not knowing English.

The sisters gained immense popularity as the country cheered them on. Not too long after, they went viral once again, this time across the nation by getting featured in Coke Studio’s ‘Peche Hutt’ featuring Hassan Raheem and Talal Qureshi.

The sisters once again caught the attention and took over the spotlight. However, this journey to fame has not come easy to them. While giving an interview to Al Jazeera, they opened up about music was the only way for them to make a name for themselves.

“Since we were not educated, we didn’t dream big on becoming successful in other professions. Coming from a musical background, music was the only way for us to become successful,”

What many people do not know is that the Bibis’ father is a musical director and that famed folk singer Naseebo Lal is their parental aunt.

“Growing up, we saw our father being extremely busy while also working with our aunt. We were inspired by them. Also, since our background is from Rajasthan, music is culturally in our blood,” they shared.

“We dropped out of school when we were in year two. We can’t tell the reasons but the situation was such that even our uniforms were worn out and torn apart.”

“Our extended family doesn’t view education as a positive aspect. They don’t even let men continue their education,” explained the Bibis.

“Since we were girls, our extended family did not allow us to sing and dance. But it was because of our parents, their time and constant courage in supporting us that we have come this far.

Crediting their mother for nurturing their dreams despite financial hardships and societal expectations, they shared, “Our mother would consistently train us a couple of days every week. She even stood up for us when other people would disagree with what we were doing. She was really passionate about music, considering our maternal grandfather also played the tabla.”

Their successful journey was soo inspiring that they started making news across the borders. Even Brut India featured their journey on their social media platforms.

The sisters were married at the tender age of 16, with Saania sharing that she was pregnant at the time Zulfiqar Jabbar Khan’s (Xulfi’s) Coke Studio offer arrived. “We dropped everything and decided to meet Coke Studio’s team. That day felt like an adventure,” they recalled.

“I always found their story to be very honest and passionate. The moment they were singing that song [in 2015], it was on a road, and the way they performed, I could sense they had taken this as a challenge that they had to get done.”

“They need to keep making music, keep telling stories and keep collaborating. They are an amazing duo with an amazing story and they are a representation of Pakistan,” he added.

Listen to the track below:

We are really proud of the Justin Bibis for making waves with their authentic voices. We wish them much success and salute their mother who has always been a rock for them.
Stay tuned to WOW360.
Brut IndiaCoke StudioJustin BibisMuqaddas TabaydarSaania Tabaydar
0 comment
0
FacebookTwitterPinterestEmail