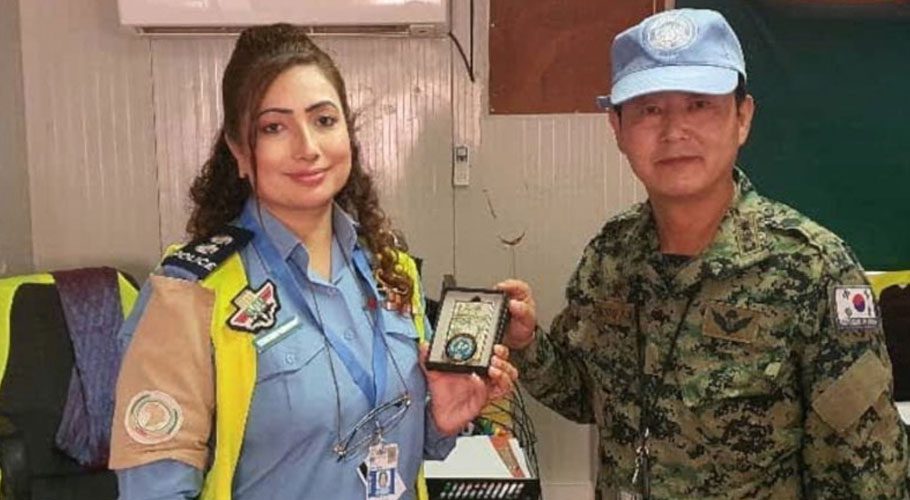 Officers and personnel from a total of 46 countries received training in Sudan on an eight-month-long UN operation. Salma Abdul Ghani has become the first traffic warden to participate in a UN mission for examinations and interviews from Pakistan. She made her country proud based on her outstanding performance among women officers from 46 countries.

During the UN training, she participated in numerous training on modern police, cybersecurity, and law and order problems in operation. She told a local publication that she had learned ample knowledge during her Sudan training under the UN program. It will be useful to improve the performance of the traffic department in Pakistan.

All Credit Goes to Her Parents

She credited her success to her determination and the support her parents provided her with over the years, and now it is her turn to make them proud. “They have stood with me throughout my life, and now is the time I want to make them proud,” she added.

First Woman Police Officer to Receive The International Police Peacekeeper Award by the United Nations, DSP Shahzadi Gulfam is honoured by LUX HUM Women Leaders Award 2021 for shattering gender-based stereotypes and outstanding contributions. Women who have achieved greater things such as the DCP are appreciated by the fraternity and are presented with an award for their excellence in their field of work.