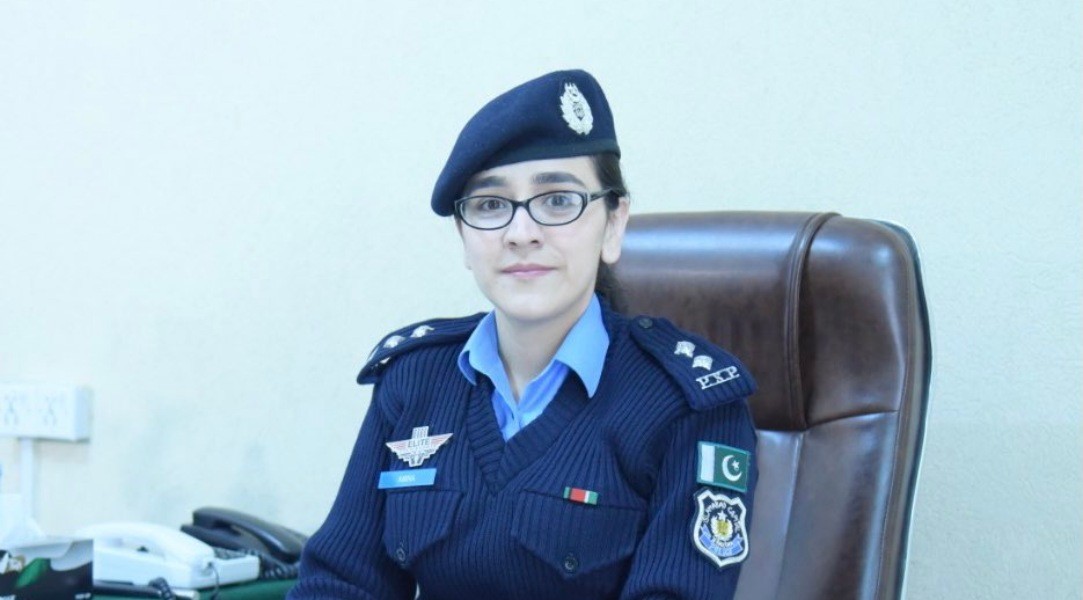 Police Officer Amna Baig has been promoted to Sub Divisional Police Officer in Kohsar. Previously, Amna was posted in Punjab. She is a native of Hunza, Gilgit-Baltistan.

Amna announced the news on the micro-blogging site where she is most active. She said, “Took charge as Sub Divisional Police Officer Kohsar, hoping to serve and protect Islamabad with @ICT_Police”.

Amna wrote a farewell message before leaving Punjab in a series of tweets.

“As I say goodbye to Punjab, I feel it’s important to acknowledge those who left a mark. My CPO is the most brilliant police officer I have come across, and it was an absolute pleasure to work under the command of DIG Ahsan Younus”, she wrote.

I had served in Rawalpindi before so this time when I was posted, I considered myself acquainted enough with the city to get by with the routine. But there was a hype around the new CPO. Everyone said he had turned things upside down, for the better.

The condition of the mess has greatly improved

FIRs were being registered timely without any sifarish. Technology was being used to map crime, patrolling plans were being issued inline with the crime maps. Trackers in Police mobiles were placed to improve upon the response time to emergency calls; the list is long.

That was step one, without getting into the details of the rest, Sir Ahsan turned out to be an enabler. He not only enabled me to think outside the routine through his own work, but entertained and supported every idea that crossed my mind. Not just mine, but everyone’s.

She concluded, “Not a single day, I felt that I was treated differently because I was a female officer. Not a single day that I didn’t learn anything new from him. I could write a whole bunch of tweets on how much sir has done in a year for @RwpPolice but for now hoping to work with Sir again”.

Many congratulations Amna, so proud!

As SDPO in Rwp. you never differentiated between Traffic Wardens & Police Station staff & treated both as one team

It was a privilege to work with u Ma'am!

Best wishes for a successful tenure! Thank you for you and your team’s efforts to support a healthy and safe #Islamabad

Empowering Careers for Women in Pakistan

Many might differ, but Amna believes that PSP is a great career for women as it empowers them. In fact, it is the most empowering career for a woman in Pakistan.

Her inspiration to work in the field came from her father, who was a retired civil servant. His work record was a lesson on how a bureaucrat’s work can improve an ordinary man’s life. He was in District Management Group while Amna opted for Police Service of Pakistan.

Amna graduated from NUST business school back in 2013. She studied economics as her major. Congratulations to Amna on her latest achievement. Have something to add? Let us know in the comment section below.