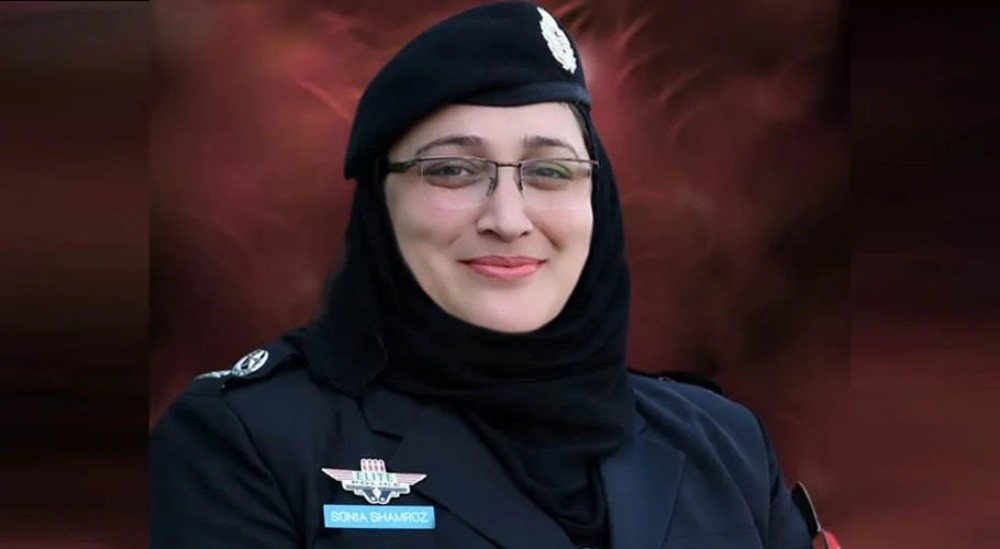 Sonia Shamroz became the first-ever women district police officer (DPO) after being appointed by The Khyber Pakhtunkhwa (KP) Police for Lower Chitral. Shamroz returned to Pakistan just recently after completing her Chevening Fellowship in the United Kingdom. She is a grade-18 officer of the Police Service of Pakistan.

She has been approved by authorities to assist as the Mansehra Police Training Center’s first female principal. The KP Police announced the news on Twitter.

“For the first time in Khyber Pakhtunkhwa, a woman police officer has been appointed district police chief.”

Pakistani Police also congratulated the DPO on her latest achievement.

Ms Sonia Shamroz Khan posted as DPO Lower Chitral. She is the first female DPO ever to be posted in KP @KP_Police1
More power to you Ma'am pic.twitter.com/SuxzYQrPMM

Twitter congratulated the first female DPO ever in Lower Chitral.

Shamroz comes from a district in Abbottabad. After clearing her CSS exams, she was posted as the Assistant Superintendent Police.  She also holds an MBA degree in human resource management and joined the Pakistan Police Service in 2013.

While speaking to a private news publication, the newly appointed DPO expressed her joy in the recent developments. She said that she is gratified to serve as the first women DPO in the area. She further added that women worldwide are working in various sectors, including defense and police departments. It looks like Pakistan is on the right track too!

“As a female officer, handling the district is no less than a challenge. I joined the police to encourage and motivate other females to come forward and to be trailblazers. My husband and father have helped me a lot. Initially, most people discouraged me, because of the nature of the police job”.

We are proud of Sonia Shamroz and wish her luck in her future endeavors. Have something to add? Let us know in the comment section below.