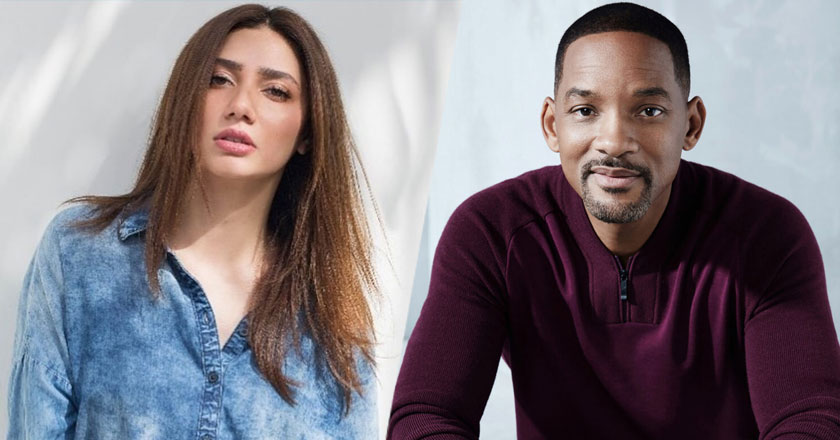 The ‘Queen’ of Pakistan’s entertainment industry Mahira Khan has become a major household name. The diva is loved by fans all over the world and has caught Hollywood’s attention.

Reportedly, Mahira Khan is in talks with Sharmeen Obaid Chinoy for her upcoming film ‘Brilliance’ starring Hollywood’s very own Will Smith.

The upcoming film will be a Paramount Pictures adaptation of the Marcus Sakey novel. On the other hand, Hollywood star Will Smith will be producing the film under the banner of his company Westbrook Studios.

However, there is no official announcement yet, we do hope that Mahira bags the lead as this will be a huge step toward her Hollywood career as well as placing yet another Pakistani star on the global map.

Mahira Khan is rumored to be in early talks to join Will Smith in Sharmeen Obaid-Chinoyʼs ‘BRILLIANCE’.

The film focuses on a population where 1% is born with special gifts named “brilliants” as a gifted federal agent must stop a man intent on starting a civil war pic.twitter.com/XMEF3kH60J

In a report, describing the premise of the film, Deadline stated, “if 1% of the world’s children were born with powerful gifts, how would society adapt to them? The Brilliance novel trilogy is set in a future where non-neurotypical people — demonized by society as “twists” or “abnorms” — are threatening the status quo of the “normal” population with their unique gifts.”

Recently, Sharmeen made a splash with Ms Marvel as she helped introduced the world’s first Pakistani-origin superhero, moreover, cast Pakistanis and even featured the partition in the series. The two-time Oscar-winning filmmaker is now all set to make her directorial debut with Brilliance.

Do you want to see Mahira Khan on the big screens opposite Will Smith?
Share your thoughts with us in the comments below.
Stay tuned to WOW360 for more news and all the latest updates.