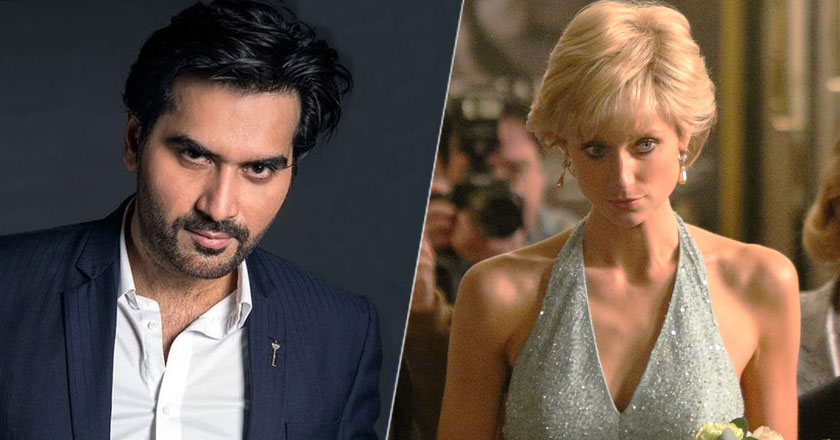 Not long ago the news of Humayun Saeed making his debut on Netflix broke out and went viral. Since then, fans have been eager to watch their favourite superstar in ‘The Crown’ Season 5.

While Saeed has not shared any inside details and there have been a few rumours on the internet regarding the upcoming season, we have a few updates.

So without further ado, here’s what we  know about Humayun Saeed’s debut in ‘The Crown’ Season 5:

Humayun Saeed will play the character of Dr. Hasnat Khan who had an intimate relationship with Princess Diana (played by Elizebeth Debicki). Khan was a British-Pakistani heart surgeon who practised at London’s Royal Brampton Hospital.

As per Variety, Khan gave a statement in 2004 to Metropolitan Police which was later submitted in 2008 to an inquest into Diana’s death, which stated that the two were in a relationship from 1995-97.

The ‘People’s Princess’ is said to have described Khan as ‘Mr Wonderful’; in May 1996, she also visited his family in Lahore. Diana’s friends are reported to have characterised Hasnat as the “love of her life” but she broke up with him after she met Dodi Fayed during a holiday with Mohammed Al Fayed and his family.

While Humayun has ruled the TV and silver screens in Pakistan, The Crown S5 will be his global debut. 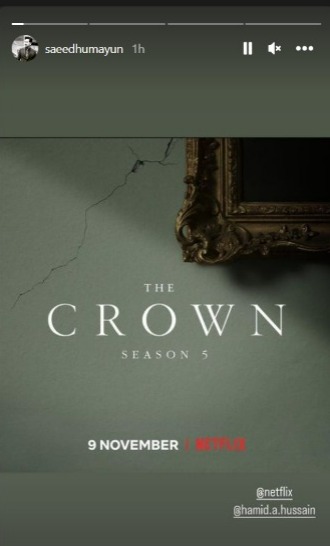 Cast of ‘The Crown’ Season 5

This season we will not see the cast we came to love previously, to show the ageing of the Royal Family and Queen Elizabeth II. While we know Humayun Saeed and Elizebeth Debicki, the other cast members include  Khalid Abdalla as Fayed, Imelda Staunton as Queen Elizabeth II, Jonathan Pryce as Prince Philip and Dominic West as Prince Charles.

The 1990s was a turbulent time for the royals and so much from Windsor Castle’s catastrophic fire to Princess Anne’s divorce and Prince Charles and Prince Andrew’s separation from their wives could be subject.