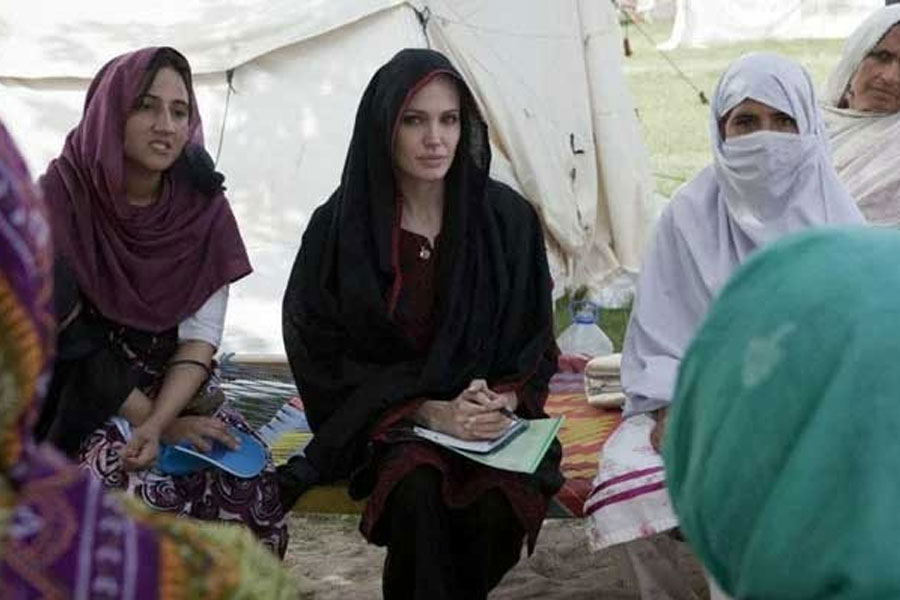 Pakistan is still amidst the chaos of the monsoon floods and hasn’t found a way out of the mess. Millions of homeless Pakistani have been stranded, shelter-less, starving, children are dying, and infections, snakes and scorpions have taken over.

In the middle of all this, there are some hard workers who are trying to do whatever it takes to help these families get back on their feet. One ray of hope is Hollywood’s Angelina Jolie who visited flood-affected areas of Pakistan with the United Nations team.

After her visit, she spoke at a press conference stating that the views that she had seen are very real, and are unlike anything she has seen before.

She added that the dire conditions are getting worse as aid, food, and other essentials are still not making their way to the families. If this goes on, chances of survival will be little to none.

Jolie further encouraged countries to donate to Pakistan, as this disaster is a result of climate change, and Pakistan is one of the countries that produce the least amount of pollution in the world at 1%. following her trip, Angelina Jolie penned down a heartful account of her experience.

Last week I was in Pakistan with @rescueorg and local organizations, to witness the devastation caused by severe flooding which submerged 1/3 of the country’s land.

Pakistan also still hosts over a million Afghan refugees who are unable to return safely due to the current situation.

Those I was able to reach were still in shock from having fled the Taliban, and now knowing the country they have fled to is in an emergency.

The level of trauma and compound trauma is severe. Please learn and follow what is happening. Be aware of the climate catastrophe that we are seeing more regularly.

Push governments to understand that lack of fair trade, rising emissions and failure to address conflicts are causing more death and suffering to millions of families around the world.

Do you think Angelina Jolie’s request for coming to Pakistan’s aid will come true?