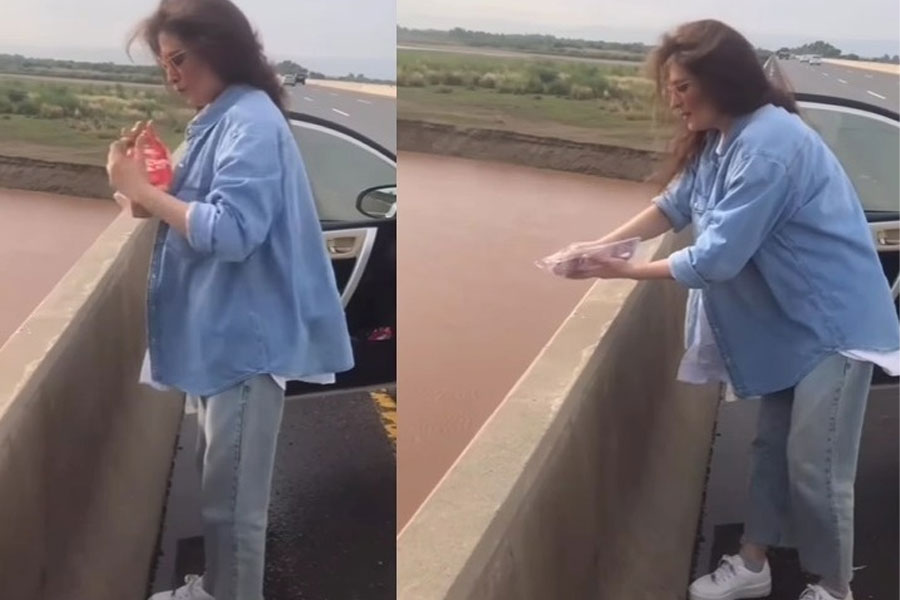 Pakistani actress Resham is one of the most well-known names and faces in the industry. She made her debut in the 90s and has been winning hearts since then.

While she has been thriving in her personal life, the actress recently became a victim of social media’s trolling and backlash. Resham had visited flood-hit areas of Charsadda and distributed relief items among the affectees. Later, she decided to even feed fish in the water while standing on a bridge.

A video circulating on social media shows Resham feeding marine life with meat and bread. However, what she failed to realize at the moment was that she discarded the plastic of the bread and meat container in the same lake.

This resulted in netizens pointing out that Pakistan is already facing a tough time dealing with the flooding, and we don’t need more people polluting too.

Here’s how the internet responded: 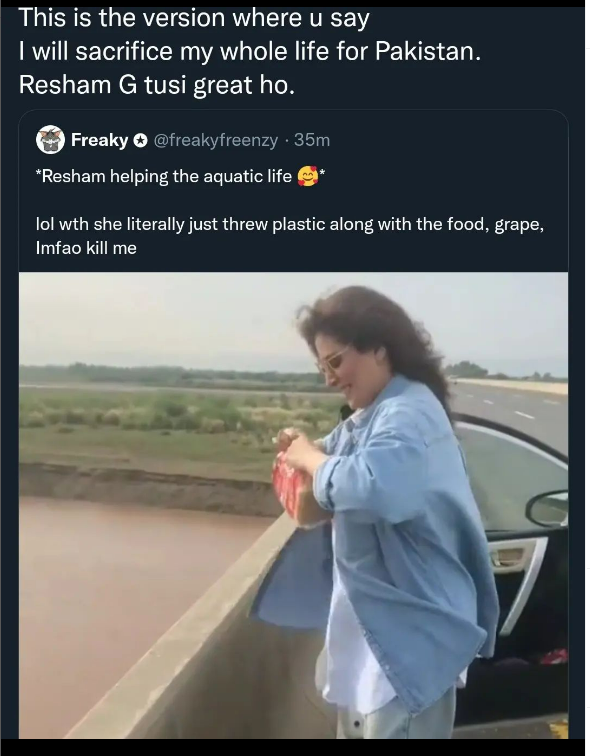 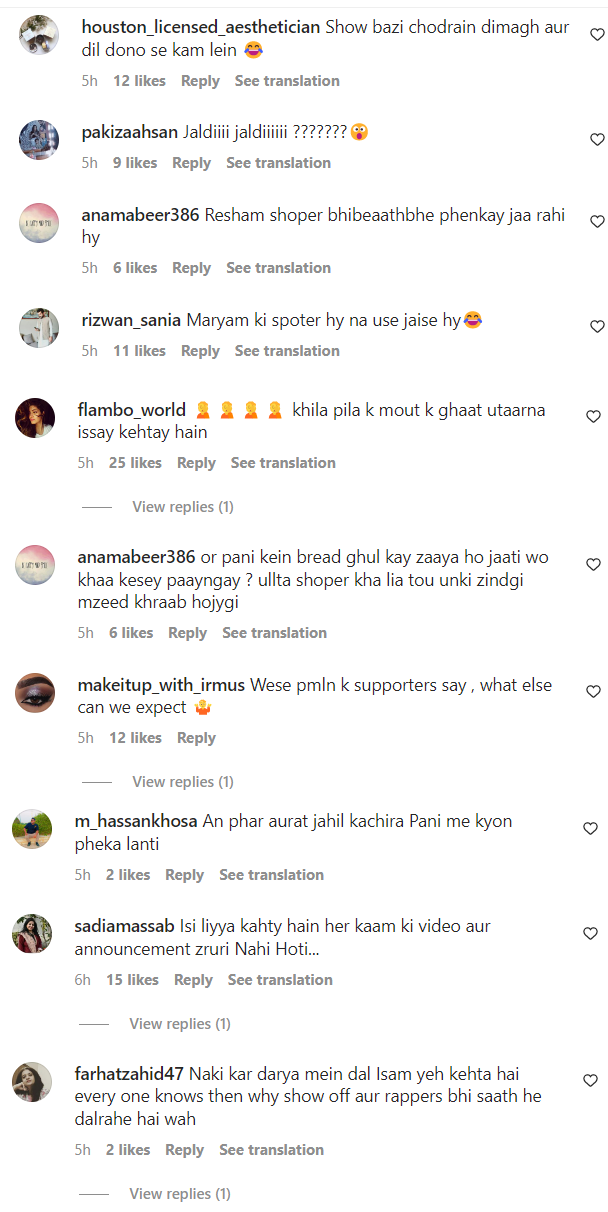 With an increased climate emergency, especially floods in Pakistan, Netizens couldn’t help but criticise Resham for her lack of knowledge. Climate change has become a serious concern for Pakistanis as it is one of the top 10 countries heavily affected by it.

Moreover, the devastating floods that Pakistan is currently experiencing has left 1/3 of the country drowned with millions of men, women, and children misplaced. Not to forget that the death toll has crossed over 1100 and is climbing with people dying of starvation and water-borne diseases.

What do you think about Resham’s act? Was it a mistake made in haste? Share your thoughts with us in the comments below.