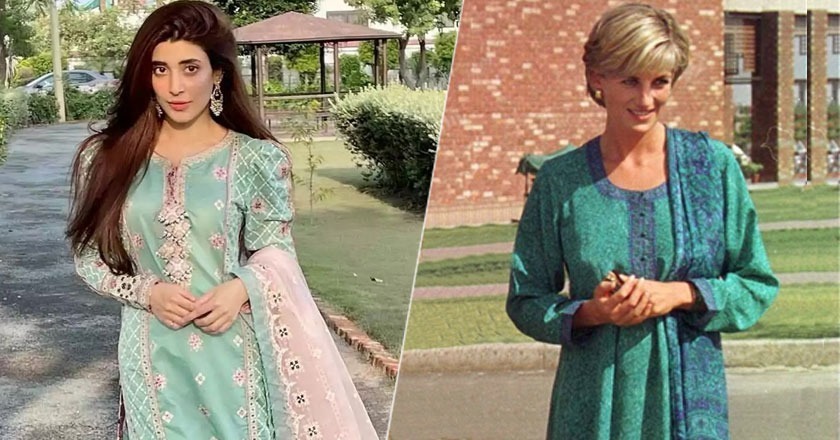 Speculations have taken over the internet stating that Urwa’s character ‘Dania’ is inspired by the late ‘Princess Diana’.

Moreover, in the ‘Meri Shehzadi’ teaser we hear her co-star Ali Rehman say:

Further on, in another dialogue, we hear Atiqa Odho say:

That is not the only resemblance the drama has hinted at. From the teaser, we can see that Dania (Urwa Hocane) is a simple girl belonging to a tragedy-struck house eventually marrying royalty.

Coming to teaser 2, we can once again see glimpses of love, anguish, tragedy, anger, and so many other emotions as we get to understand that Ali Rehman is cheating on her with another woman and refers to her as his ‘need’ whereas the other woman is his ‘love’.

It’s about time that we need to portray strong female figures and Meri Shehzadi is filled with these messages, where the viewers will learn along the way,” – Urwa Hocane

From the teasers, we already know that we will be glued to the TV screen! The drama has been penned by the renowned writer, well known for ‘Pyaar ke Sadqay’, Zanjabeel Asim Shah, and directed by ‘Mere Humsafar’s director, Qasim Ali Mureed.