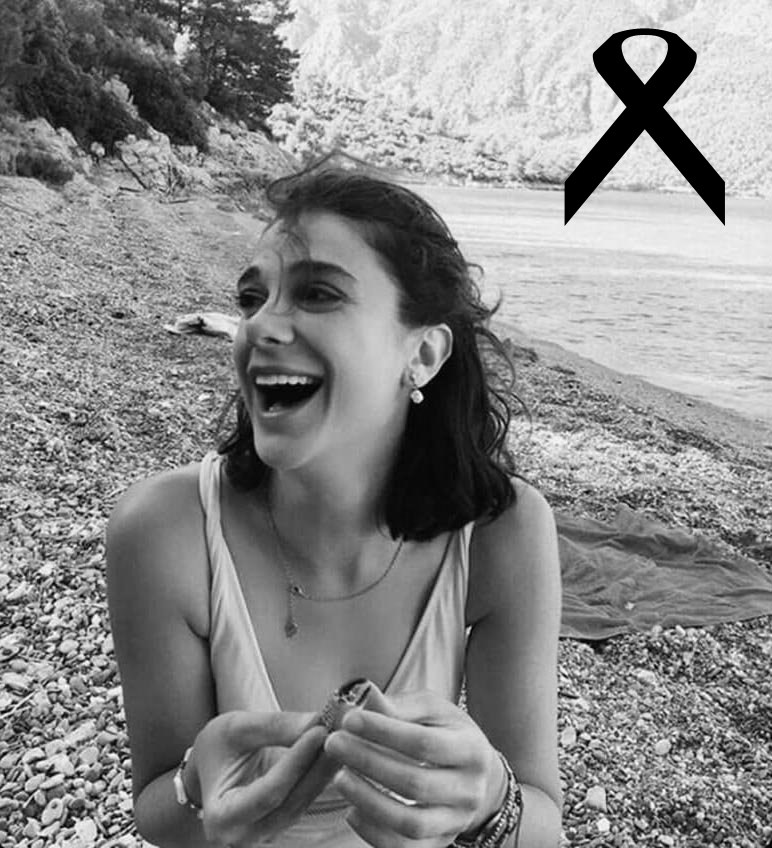 If you have logged on Instagram in the past three or four days, you must have seen women posting their images on instafeed, instastories in black and white. Millions of women worldwide have been posting black and white images with the hashtag #challengeaccepted and #womensupportingwomen as a sign of unity and women empowerment. Do you know why, though?

An Instagram representative revealed that the first post was posted a week ago by Ana Paula Padrão, a Brazilian journalist.

Now, the problem is that several women, celebrities, especially Americans were posting these images in the name of women empowerment and solidarity, but many were unaware of the real context and history behind this challenge, eventually burying ad erasing the significant of the “black and white challenge”. Many believed it was another campaign to promote diversity and amplify the rampant #BlackLivesMatter Movement. 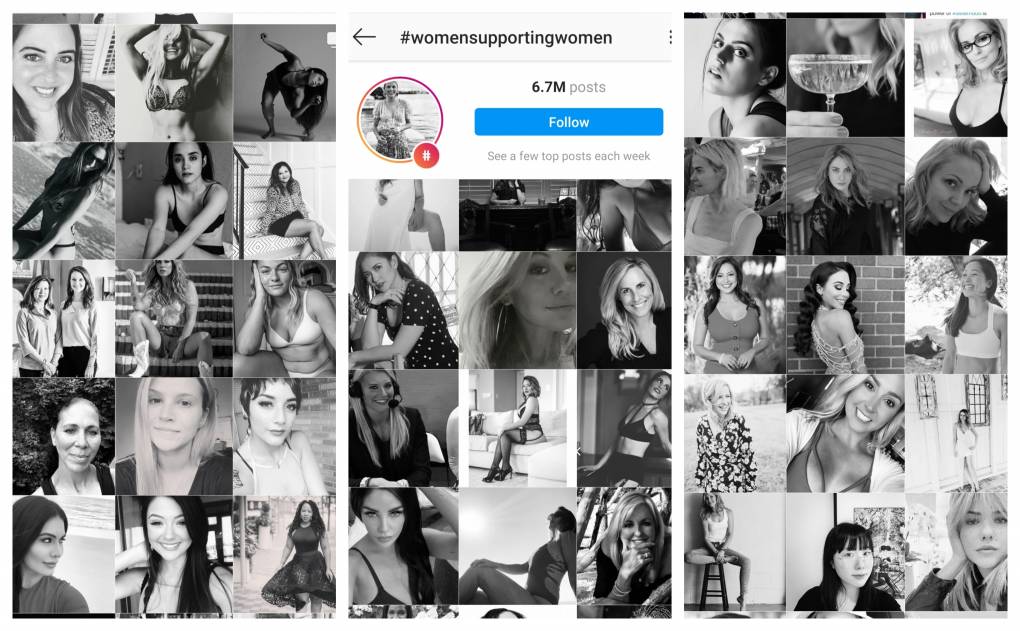 The context behind the challenge became apparent soon when people started researching and sharing the origination of this trend. What has now become a lighthearted female solidarity trend is originally a Turkish Human Rights Campaign raising a voice against increasing rate of violence, sexual assault, domestic abuse and Turkish femicides (female homicides) in the country.

A 27-year-old student named Pinar Gültekin was brutally murdered two weeks ago and led to a massive online and offline protest seeking justice. The news spread like wildfire when Gültekin’s ex-boyfriend informed police about her strangled and half-burned body, dumped in an oil drum, five days post her disappearance in July 16.

Pinar’s murder was the last draw in a nation where females are at an alarming risk of danger, be it kidnapping, rape, domestic abuse or brutal murder.

With 474 women women being killed in 2019, there was a 200% increase since 2013, when 237 women were murdered. In 2020 alone, 146 Turkish women have been a victim of ‘femicides’. In Turkey, the female pictures were veiled in black and white after the murder, adding a long list in the obituary section.

The black and white challenge, therefore started as a way for women to raise their voices and stand in solidarity with the women who have been unfairly murdered, abused, and harassed.

Once the messages started diluting on social media, a Turkish Twitter user explained the sorrowful origins of the actual challenge.

just thought all of you posting these "black and white" challenges should see how tone deaf they actually are xx pic.twitter.com/WdQzQqMlza

Turkish people wake up every day to see a black and white photo of a woman who has been murdered on their Instagram feed, on their newspapers, on their TV screens. The black and white photo challenge started as a way for women to raise their voice. To stand in solidarity with the women we have lost. To show that one day, it could be their picture that is plastered across news outlets.

The Turkish hashtags about domestic violence and femicide were dropped as the challenge went viral. The images were for women to bond “but MORE importantly that we know that we can be the next trending image and hashtag.” – @zeycan_rochelle

The anti-racism educator and writer Dr. Pragya Agarwal calls the movement a“very serious gesture of defiance in support of the Turkish women.”

Black and white selfies. It isn’t just a game of hot or not. Or an exercise in vanity. It is not just a mindless challenge that women are undertaking to post their sexiest snaps. These are some of the criticisms that this #challenge has faced. It is a very serious gesture of defiance in support of the Turkish Women (Turkey has one of the highest femicide rate), in support of Pinar Gultekin who was killed in the most violent manner, in support of every woman who has felt threatened and unsafe. This is show of solidarity to say that we stand together, we are unafraid, we are fed up of the lack of accountability for the perpetrators. This was started by Turkish women to say that they are appalled by the Turkish govt decision to withdraw from the Isanbul convention much like Poland. This is to say that no woman stands alone, we deserve to take up space, we are all #womensupportingwomen This is not just performative, this is hopefully not just tokenistic, this is for PINAR GULTEKIN. Say her name!! . (kindly tag me at the top if reposting) . #challengeaccepted . . . #pinargultekin #turkishwomen #westandtogether #domesticviolenceawareness #genderbias #genderinequality #shatterpatriarchy #blackandwhitephoto #selfie #womenempowerment #pınargültekin #empoweringwomen #genderequity #genderequalityforall #nooneisfreeuntileveryoneisfree #feminismisforeverybody #womenofcolor #turkishwomen #womenofcolour #kadinasiddetehayir #istanbulsözleşmesiyaşatır

Many celebrities in the United States, Bollywood, and even Pakistan, have picked on the trend and are sharing their ‘black and white’ selfies on Instagram.

🤍 Challenge Accepted 🤍 @vanessabryant and @malika thank you for choosing me for this! To all my Queens- Let’s spread love and remember to be a little kinder to one another 🤍 #womensupportingwomen

Challenge accepted. Thank you for nominating me @vanessabryant ❤️ I am awed by the power of women loving each other and lifting each other up!!!!! And I adore you Xo

Thank you to all the brilliant and beautiful women in my life who sent the most uplifting messages today. Truth be told, I don’t really understand this #challengeaccepted thing…but who doesn't love good reason to support women!  Soooo…. challenge accepted! ⠀ ⠀ And while I have you here, maybe the best way we can support other women is to REGISTER TO VOTE for the issues that affect women. Encourage all your friends, girlfriends, sisters, moms, daughters to do the same. The election is right around the corner, and we need to look out for each other AND love each other! 👩🏽‍🤝‍👩🏻👩🏻‍🤝‍👩🏼👭🏽👩🏿‍🤝‍👩🏼❤️

#Challengeaccepted! Thank you to all the magical women in my life for the endless love and support. ✨ May we all continue to shine a light on one another. This is what sisterhood is all about. #womensupportingwomen

Pakistani celebrities like Ayesha Omar, Anoushay Ashraf also shared their images in black and white and stood in solidarity with these women

Challenge accepted. 🖤🤍 . To building each other up 🐜 . There has been a lot of confusion and vagueness surrounding this challenge. I decided to do a bit of research and would like to shed some light on the origin of this. Everyday, pictures of murdered Turkish women appear on newspapers, TV and Instagram feeds in black and white. I post this picture for the b&w challenge, as a symbol of solidarity with women all over the world who endure and suffer domestic abuse everyday, and at the end whose pictures show up veiled by a filter in the obituary section. . @anousheyashraf @samarsaw @soofkins @sarahovais . . #challengeaccepted #womensupportingwomen #womenempoweringwomen #insolidaritywithwomenaroundtheworld

These black and white photos are a reminder that we could be the next victims too, which is why,  women need to give unfailing support to each other and stand united at a global level.

The original hashtag #womensupportingwomen has gained more than 8 million posts while the #challengeaccepted has almost 6 million posts and is growing.

Did you know about the origins of this trend? Share your comments below.