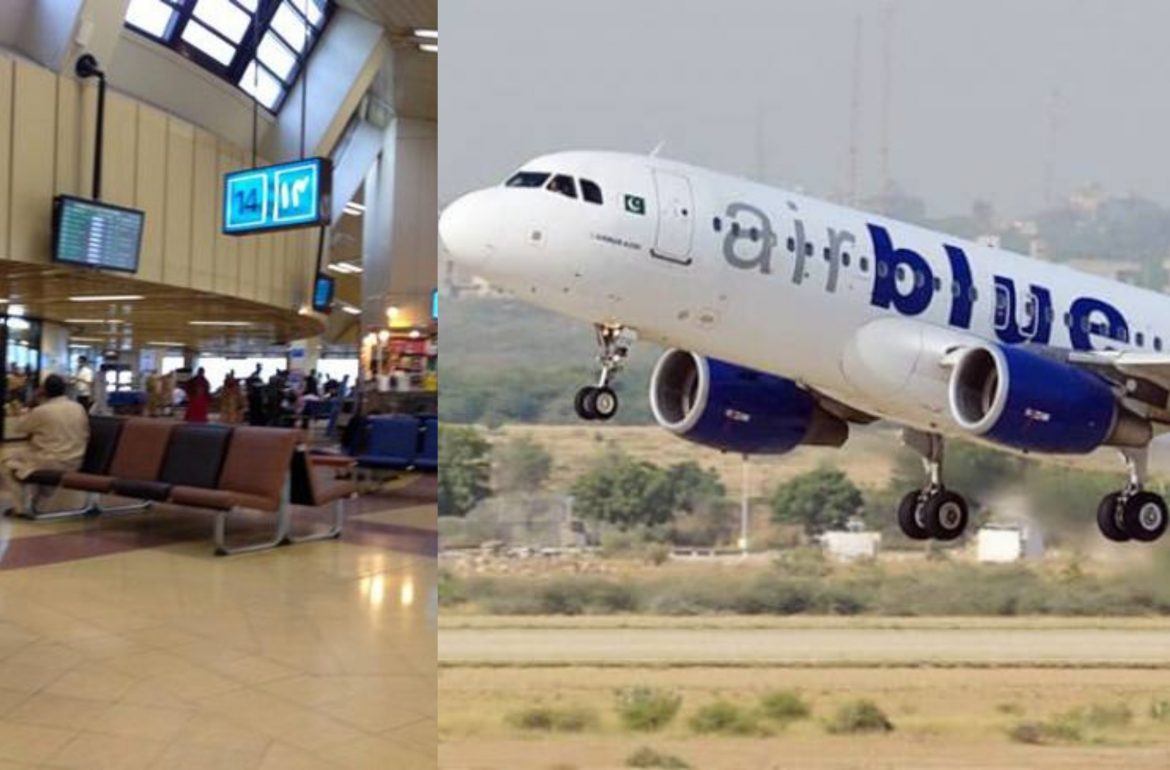 On March 13th, a family of 11 was put through hours of misery at the Peshawar Airport because a 13-year-old child among them, with Down’s Syndrome, was refused entry on the aircraft.

In a lengthy post on social media, the child’s mother narrated what had escalated. The family was set to travel on Airblue flight PA-603 from Peshawar to Karachi – all boarding passes were issued. As soon as the family approached boarding, they were asked to leave the child with Down’s Syndrome behind. 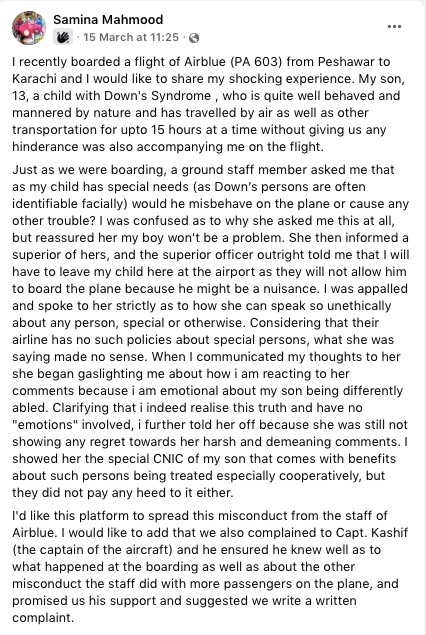 As per the child’s mother, the Airblue staffer asked her if the child would “misbehave on the plane or cause any other trouble,” She assured them that “he won’t be a problem.”

“She [the staffer] then informed a superior of hers, and the superior officer outright told me that I will have to leave my child here at the airport as they will not allow him to board the plane because he might be a nuisance,” she stated.

Things got ugly as the mother, and the staffer got into a verbal argument. The mother accused the staffer of gaslighting her for being ’emotional.’

The story received massive attention online and has been circulating on social media for more than a week. People can’t fathom what the mother must have gone through. Differently-abled people must be treated equally. If there are concerns with their presence on board, the airline must have appropriate policies.

A mother's horrific ordeal with @airblueairline . Ground staff told her that her peaceful son with Down Syndrome looked like he'd cause trouble on flight & he wasn't allowed to board. Please tag relevant ppl to look into this – why does AirBlue hate children? pic.twitter.com/ESnjS55Tl3

Following the backlash Airblue received online, the airline has finally responded. It stated that “One of our ground staff checked on the child as he made some loud noises. As per SOP, staff inquired if he felt good to travel.”

The airline added that the family had taken offense when the staff inquired. Regardless, the staffer had apologized and “the family boarded and traveled.” “..We [the airline] are hosting additional training sessions for our staff,” the airline stated.

A Couple Kissing on Karachi to Islamabad Airblue Flight has Stirred a Debate on Social Media. Read the full story here:

Public display of affection is not something we often witness in Pakistan or other Muslim countries as strict laws apply. Those who dare to cross the law are heavily fined and jailed. A video of a passenger from an AirBlue flight has made rounds on social media. The passenger narrates his encounter with a couple on a flight from Karachi to Islamabad on the 20th of May. According to the passenger, the couple was busy getting intimate on the plane.