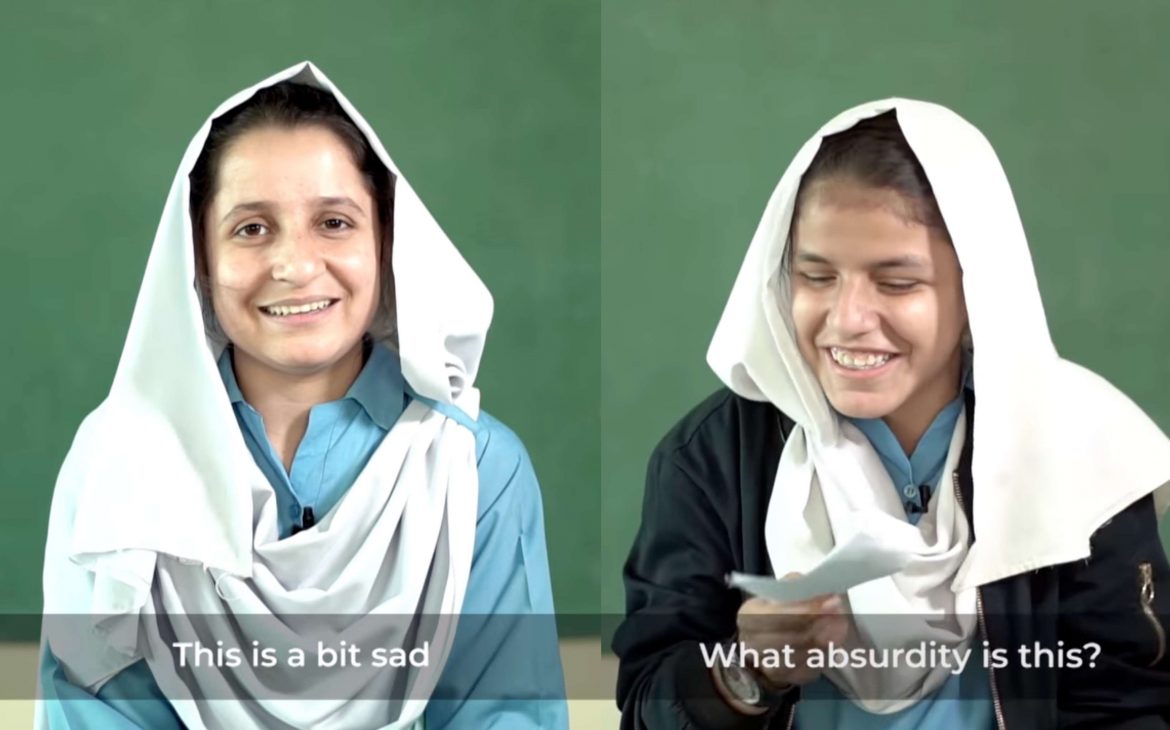 Zindagi Trust has highlighted in their latest International Women’s Day campaign how the perpetuating culture of gender-discriminatory jokes is problematic.

In their latest campaign, #ThinkBeforeYouJoke, the nonprofit organization encourages young girls to recognize the negative impact of discriminatory jokes in Pakistani society.

The caption read, “Dismantling gender-based humor is necessary to understand the underlying message behind the jokes – one that is rarely entertaining or true. These jokes contribute towards perpetuating a culture that ridicules women for the sake of amusement.”

How Degrading and Sexist Jokes Negatively Affect Out Society

In the clips uploaded on Zindagi Trust’s social media, young girls from schools are seen reading out gender-discriminatory jokes. The clips capture their first-hand reaction to misogynistic jokes.  The girls try to critique them via the lens of gender while voicing their unfiltered thoughts.

Some believe that the jokes are sad, while others believe that they make no sense and were not funny.  The campaign’s main motive is to raise awareness among young girls and women about how degrading and sexist these jokes are and how negatively they affect our society.

Misogynist Jokes Must Be Discouraged

These jokes reflect the true face of our society and so, they must be discouraged to be shared on social media or in social settings to break the bias. This will help young girls and women defy the barriers placed by society and explore their true potential.

These young, intelligent girls make valid points against the jokes. A joke that said girls/women do not need to study as a boy/man who she may marry will do it in her place was criticized by the girls present in the clips. They said when people visit hospitals, they only want women doctors for their children, girls, and women. If girls don’t study then only male doctors will be available to treat patients.

Similar valid points were made in the above-linked clips. Let’s all hope these jokes make us uncomfortable and not laugh in social settings.

Pakistani actress, Sanam Saeed reveals to Wow 360 how she chose to #BreakTheBias in the entertainment industry. Each year, in March [International Women’s Day], we recognize outstanding measures women take in various fields, especially those dominated by men, despite facing diverse challenges such as the pay gap, gender bias, stereotypes, and norms. This year’s theme for International Women’s Day is #BreaktheBias