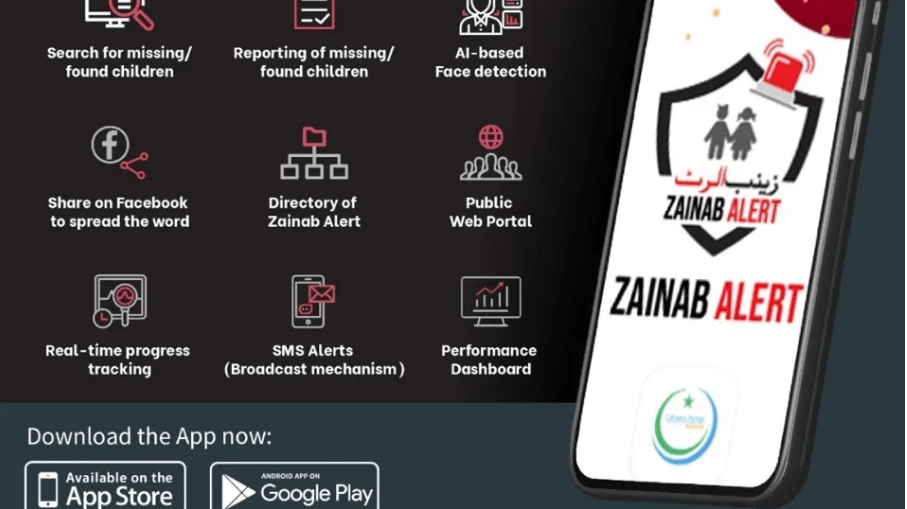 To mark the moment, a special event was held in Islamabad which was attended by Shireen Mazari, Minister of Human Rights and Asad Umer, the Minister for Planning and Development.

Shireen Mazari mentioned that the previous government had already started working on the alert known as “mera bacha” (my child) upon the prime minister’s portal, however, it was never brought to completion. The government had recognised the seriousness of the issue of rising child rape cases in Pakistan, and it was one of the focal priority areas. 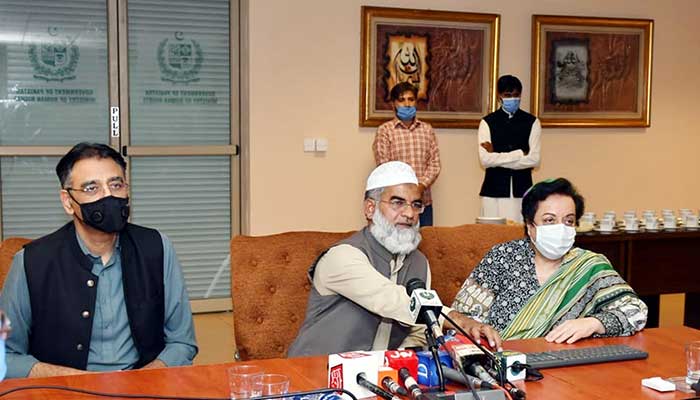 Zainab’s father presses the button to launch the Zainab Alert App at an event in Islamabad Source: The News

The existing MOHR’s helpline 1099 will also be available for use. According to the human rights minister, the complaints made through the app will immediately prompt the police to initiate a probe into the missing case. She revealed that the app’s design and programming is such that making a fake alert is impossible.

The Zainab Alert generates an emergency response mechanism that activates state and law enforcement authorities at all levels. Citizens must be responsible while generating these alerts – with great power, comes great responsibility #ResponsibleTogether #ProtectOurChildren pic.twitter.com/zjRbe0wxa3

A national directory will also be formulated soon which will work in collaboration with the Edhi Foundation and similar charities, to develop a safe system for children.

The Ministry of Human Rights said in a tweet,

Zainab Alert generates an emergency response mechanism that activates state and law enforcement authorities at all levels. Citizens must be responsible while generating these alerts as great power comes with great responsibility.

Today 3 pm our Zainab Alert app is being launched in partnership with the PMDU as part of the implementation of the Zainab Alert Law. MOHR's existing helpline 1099 will also continue to be available. pic.twitter.com/93378c7fqn

It is critical to raise awareness and build understanding among communities about the rights of children as well as state laws and mechanisms for prevention and protection of child abuse, said Mazari.

Today, @mohrpakistan in collaboration with @PakistanPMDU Pakistan Citizens Portal is launching the #zainabalert App Nation wide. An effort and initiative to help protect our children!

Zainab Alert Bill 2020 was approved back in March by President Arif Alvi, effectively calling it “excellent law”. The Bill was earlier pass by the SENATE and National Assembly.

The law provides for a maximum life imprisonment sentence and a fine of Rs1-million fine on child abusers- the law also dictates that toll-free helplines are created and a an effective police and administrative response system be laid down.

The president had said the following before approving the law:

An excellent law for rapid response & recovery in cases of child kidnappings. It will establish toll free helplines, lay down framework for quick police & admin response. It will use & improve upon technology to trace criminals, he said.

In addition, a Zainab Alert Response and Recovery Agency (ZARRA) will also be formed to notify an alert when a child goes missing. It would work closely with the Ministry of Health helpline 1099.

Have something to add to this story? Share your thoughts in comments below.

How To Take Care Of Your Feet This Winter