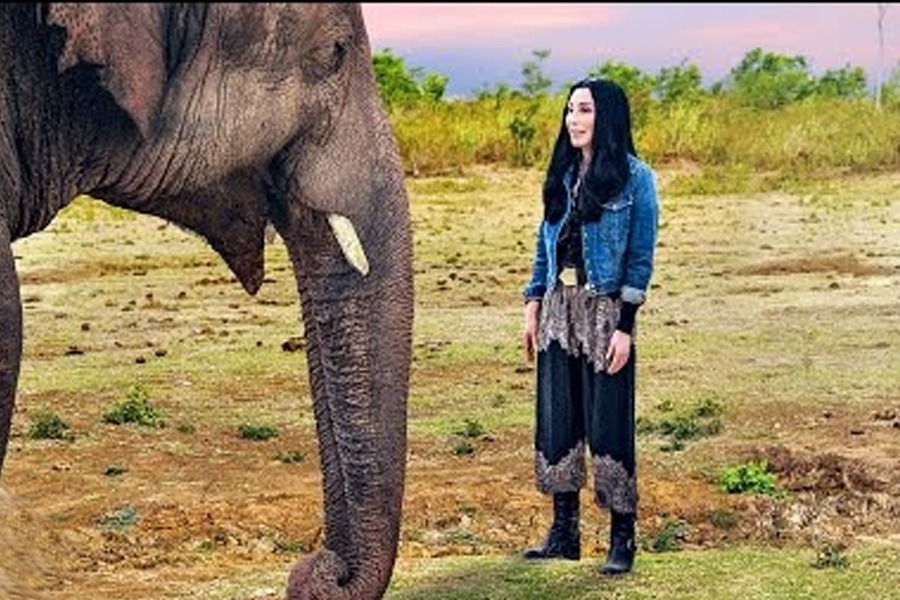 We all were stuck to our screens when Cher was here in Pakistan some time ago, making efforts to move the loneliest elephant Kaavan to Cambodia. The process of deporting an animal as huge as a 36-year-old elephant is not an easy task. Naturally, the process required a lot of work and pulling the right strings to make it happen.

Nobody could have done it better than Goddess of Pop, Cher, who, because of her network and her organization “Free the Wild”, was able to execute the moving of a four-tonne malnourished mammal 2,300 miles across Asia during a pandemic. The documentary that will stream on Paramount+ follows Cher as she traversed legal hurdles and the exceptional difficulties to free Kaavan.

The extraordinary tale is all set to release on Earth Day on 22nd April.

A trailer of the documentary has been released recently that shows glimpses of “a touching journey about humans, animals, and our connection to all living beings on earth.” The documentary also features Cher’s latest song, “Walls”.

In the documentary, Cher makes her way to Pakistan during the pandemic. She met government officials and even the PM Imran Khan while she was here. She later overseas Kaavan”s departure.

In the trailer, she expresses how she felt when she saw Kaavan for the first time, “I could see him from a distance. He was shackled. He was suffering. Elephants are just like we are; they are so family-oriented and emotional.” An expert featured in the documentary spoke about Kaavan’s behaviour. She said, “He was just moving back and forth. This behaviour comes from severe mental and physical neglect.”

A Gift From Sri Lankan Government

Kaavan was a gift from Sri Lanka and was brought to Pakistan when he was only 1 year old. He lived with Saheli, another female Asian elephant who joined her at the age of 6. In 2012, Saheli passed away due to an infection.