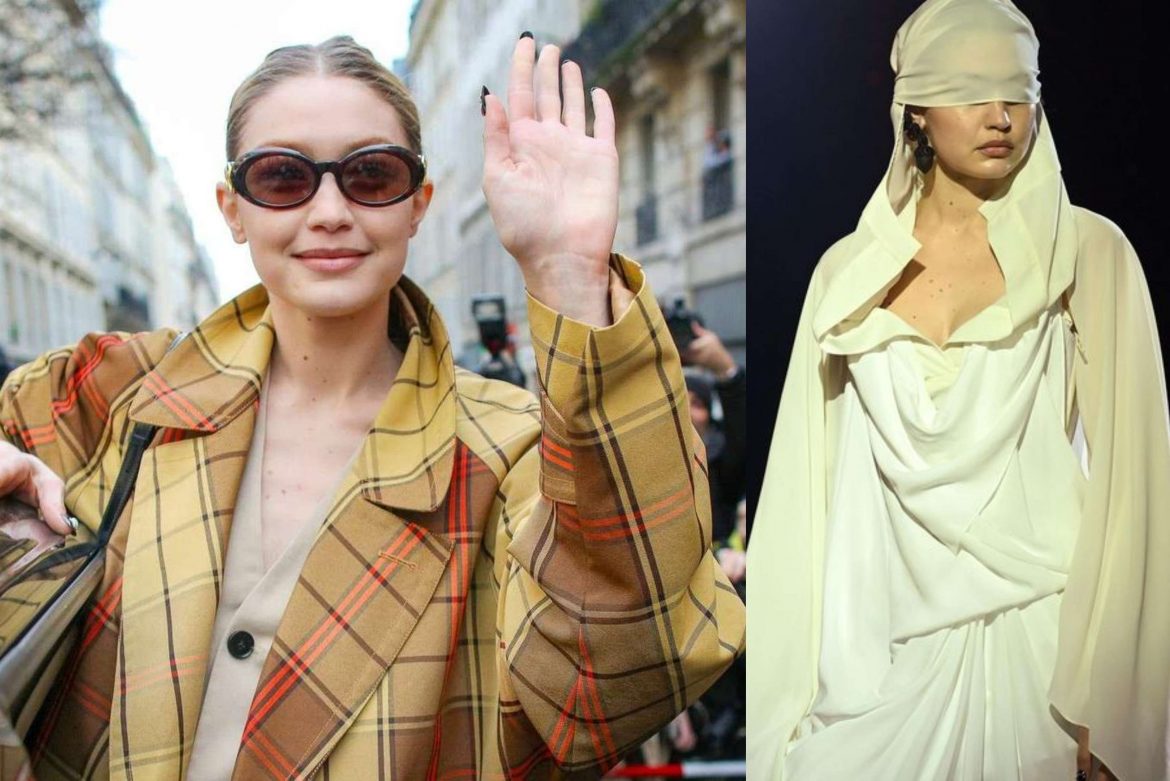 American monthly fashion and lifestyle magazine, Vogue has added back ‘Palestine’ after the magazine received slack online from the users for removing it from a post about Gigi Hadid’s donation. The Palestinian model had donated her fashion month earnings towards relief efforts in Ukraine as well as continued her support relief efforts in Palestine. 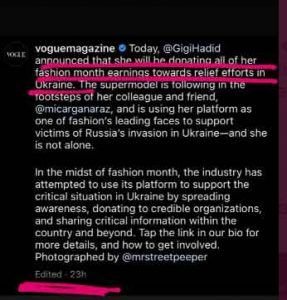 On the 7th of March, Vogue Pakistan reported the news about Gigi’s donation. Initially, the post had mentioned ‘Palestine’ in the post. However, later removed as the magazine was accused of ‘fanning the flames of anti-Semitism’. The removal of ‘Palestine’ was quickly picked up by users who called out vogue for doing so. Later, the editor decided to post back the initial caption that mentioned ‘Palestine’.

At the end of the post, the editor left a note which read, “We have updated this caption to accurately reflect Gigi Hadid’s statement on her donation.”

So @GiGiHadid pledges to donate her earnings from Fall 2022 to relief efforts for occupied Ukrainians *and* occupied Palestinians and then @voguemagazine magazine just erases the Palestinians from its @instagram post on her pledge? pic.twitter.com/rO7xao87lZ

‘Vogue’ Erases Palestine From Instagram Post About Gigi Hadid. Shame on you ⁦@voguemagazine⁩ for participating in the anti-Palestine hate fest. https://t.co/7U1Ti55Csu

Vogue removing Palestine from this headline is disgusting.

“Palestinians have always known that our very existence, our identity is deemed threatening,” tweeted a user.

Palestinians have always known that our very existence, our identity, is deemed threatening. Vogue erased “Palestine” from Instagram post and article about ⁦@GiGiHadid⁩ https://t.co/pbplkR9Qcu

It’s unfortunate that Vogue Magazine’s story on Gigi Hadid, donating her “fashion week earnings to Ukraine and Palestine”— her own words, a direct quote—-resulted in them removing it from their Instagram caption. It’s unethical journalism to change an individual’s quote.

Hadid had announced the news on her Instagram. She wrote, “Having a set Fashion Month schedule has meant that my colleagues and I often present new fashion collections during heartbreaking and traumatic times in history. We don’t have control over most of our work schedules, but we would like to walk ‘for’ something.”

She added, “Following in the footsteps of my friend @micarganaraz, I am pledging to donate my earnings from Fall 2022 shows to aid those suffering from the war in Ukraine, as well as continuing to support those experiencing the same in Palestine. Our eyes and hearts must be open to all human injustice. May we all see each other as brothers and sisters, beyond politics, beyond race, beyond religion. At the end of the day, innocent lives pay for the war, not leaders.
HANDS OFF UKRAINE. HANDS OFF PALESTINE. PEACE. PEACE. PEACE”

Vogue France has made it to headlines after it was criticized for glorifying Julia Fox’s headscarf amidst the ban on hijab in France for Muslim women. Many have deemed this as hypocritical behavior by the publication who praised the headpiece of the model, yet, not call upon the state which banned the same piece of cloth for Muslim women. This has negatively impacted Muslim women as they are not given the freedom of choice to practice their beliefs