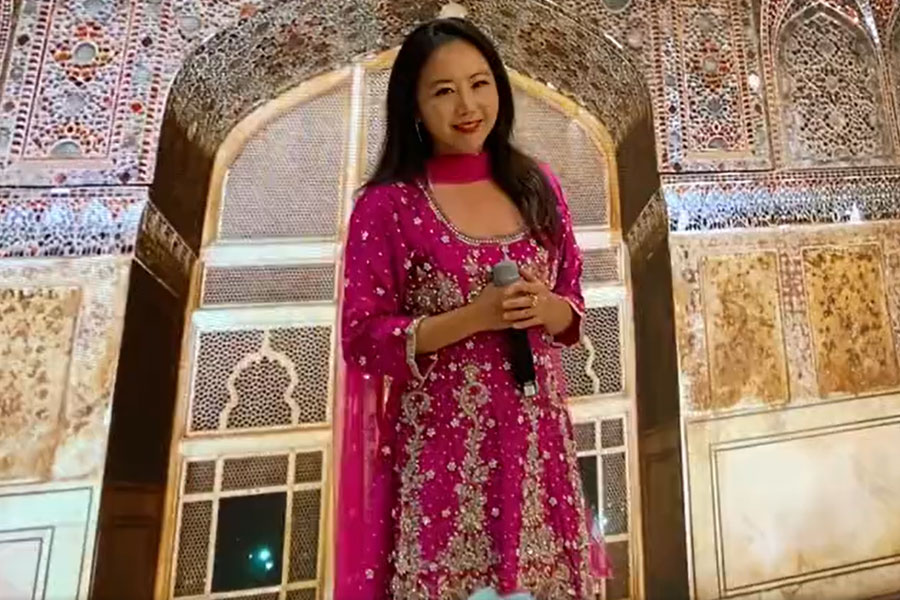 Pakistan Embassy College Beijing music teacher Ms. Vicky not only blew everyone away with her performance but also donned the national attire to complete her look as well.

She performed at the Pakistan Food and Cultural Festival organized by the Embassy to mark the 75th Independence of Pakistan at Silk Road International Arts Centre.

Moreover, many Chinese citizens can also be seen in the background enjoying the music and food as the countries and their respected citizens gathered for the celebrations.

Even social media was blown away by this rockstar’s performance. Here’s what they had to say:

Social media users praised the crooner, some said she did justice to the song, and others said that she had an outstanding pronunciation even better than many Urdu-speaking people themselves.

On 14th August 2022, Pakistan celebrated its 75th Independence Day and its Diamond Jubilee. Pakistanis from all over the world joined in on the celebrations by donning white and green and waving the national flag.

Moreover, iconic landmarks around the world including the Burj Khali in Dubai, UAE and Istanbul bridge also lit up. Pakistan’s Ambassador to Ankara Muhammad Syrus Sajjad Qazi hoisted the national flag to the tune of the national anthem in the presence of Turkish dignitaries, the Pakistani community and the media.

Ankara’s landmark, “Atakule,” the tallest tower and best-lit building in the city, showcased messages of Pakistan-Türkiye’s brotherhood and solidarity. Bridges in Istanbul on the Bosporus linking Asia with Europe were illuminated in Pakistani flag colours as well.

What did you think of the performance? Share your thoughts with us in the comments below.