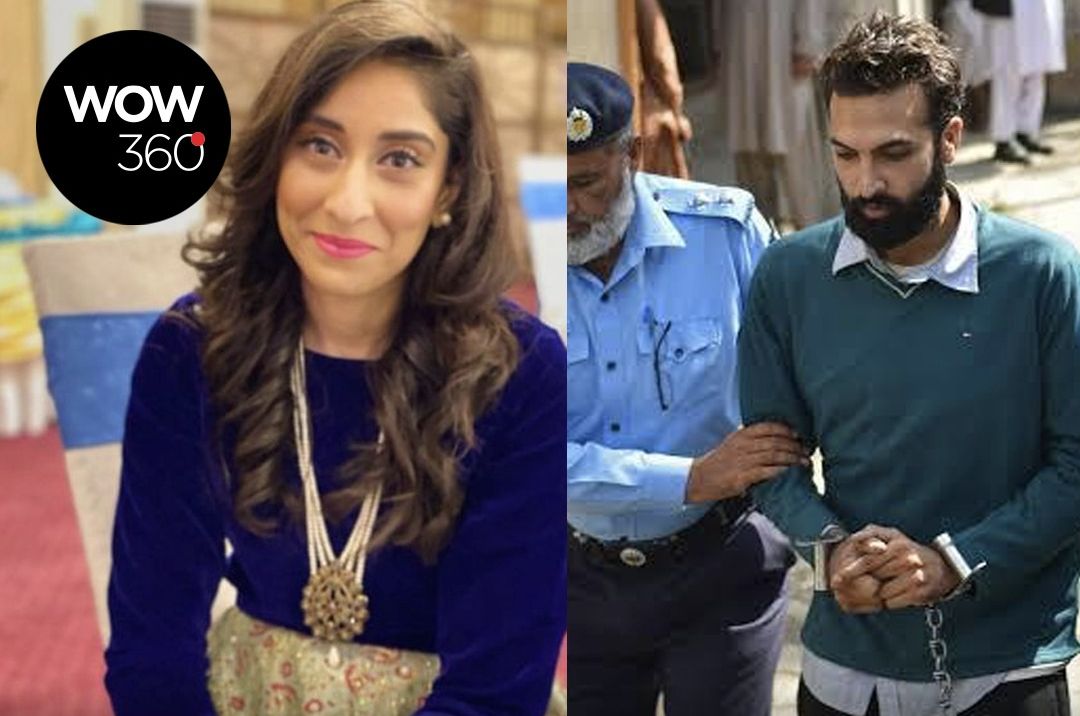 Zahir Jaffer has been sentenced to death by a session court in the Noor Mukadam murder case.

Zahir’s helpers, Iftikhar and Jameel, who are co-accused in the murder, have been sentenced to 10 years of jail time. Zahir’s parents and TherapyWorls employees were set free from the criminal charges.

On July 20th, 2021 – Noor was found murdered in Islamabad’s Sector F-7/4 at Jaffer’s residence.  FIR was registered against him, and he was arrested from the site of the murder — under Section 302 (premeditated murder) of the Pakistan Penal Code (PPC).

In a clip making rounds on social media, Zahir explains what had occurred the day he was found in his house with a Noor’s beheaded and mutilated dead body. “I held her with the knife. Then, I got angry and attacked her with the knife. She was bleeding. I tried to ask for help. My father said to get rid of her dead body.” 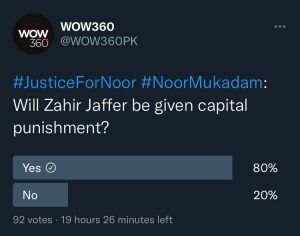 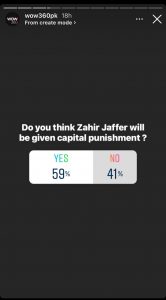 Noor Mukadam’s father told the media outside the court that he was satisfied with the verdict. However, he would appeal to the others accused to be punished too. Mukadam said that the judgment dispelled the possibility that anyone can get away after “murdering someone’s daughter.”

The case was not just about his daughter, but it was about serving justice to all daughters of Pakistan.

Talking to media outside court, Noor Mukadam's father expressed satisfaction with the verdict.

He said Zahir Jaffer's death sentence will set a precedent for the country pic.twitter.com/qGGHHRViLg

On Sunday, the Pakistan Electronic Media Regulatory Authority (Pemra) prohibited all satellite TV channels from airing the CCTV footage of Noor Mukadam’s last moments after it was leaked and shown on air.  The footage now going viral on social media showed Noor’s unsuccessful attempt to escape Zahir’s home in Islamabad, where she was later murdered.