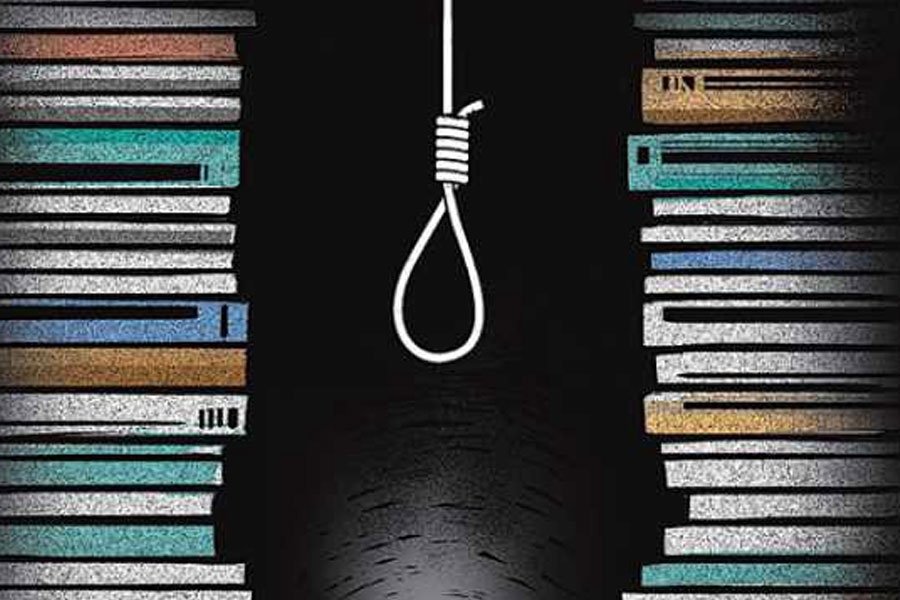 Adolescence is one of the most stressful periods in development. There are many factors that contribute to this difficult phase, including academics, biological, social, and psychological stress inducers.

According to the World Health Organization, around 800,000 people die every year due to committing suicide i.e. one person every 40 seconds. Suicide is declared to be the second leading cause of death among 15-29 years old globally.

The young population, specifically adolescents between the age group 10-19 years, often die prematurely due to suicide according to statistics worldwide

Children are often feeling pressure to perform at home, in school, when amongst friends, and are expected to meet high expectations. Moreover, constant criticism from those who are the closest to the adolescent breaks their morale and initiates negative thoughts.

Living conditions at home, being bullied or under pressure in school, and expectations from parents and other family members especially with corporal punishment scare them even more as they start to bottle up their feelings and the anxiety and depression start taking over.

According to research by Muneeba Shakil, suicide rates among students have increased in Pakistan during the past few years and despite the fact, official statistics are still unknown.

Why Suicide Rates are High for Chitrali Women: Pakistan Journal of Criminology

The figures are believed to be an underestimate due to lack of reporting, and socio-cultural and religious stigma. Thus, to determine the epidemiology of suicide by students in Pakistan, a standard system of the recording should be established to help design effective suicide prevention programs.

Furthermore, even though getting educated is a universal right of every child, however, over the years; the standard for academics in Pakistan is getting so alarmingly high that it’s doing more harm than good to our students. Getting low marks in academic examinations provoke students to end their own lives due to the fear of failure, verbal and physical abuse by parents, teachers or peers, feelings of loneliness, hopelessness, and of being worthless.

As per 2011 published National Poison Control Centre, at Jinnah Post Graduate Medical Centre report, in Karachi, (HRCP), five or six teenagers attempt suicide every day in Karachi. Of them, 60 & are teenage girls whose families did not register the case as attempted suicide.

Moreover, According to the 2015 Youth Risk Behaviours Survey, 8.6% of youth in grades 9-12 reported that they had made at least one suicide attempt in the past 12 months. Girls attempted twice as often as boys (11.6% vs. 5.5%) and teens of Hispanic origin reported the highest rate of attempts (11.3%), especially Hispanic females (15.1%) when compared with white students (6.8%) and White females (9.8%) and approximately 2.8%reported making a suicide attempt that required treatment by a doctor.

How to Identify Suicidal Tendies in Children

There are early signs that can be identified and help can be provided accordingly to the child. The signs are:

If you have identified a child with possible signs of suicide, get them to help urgently by taking them to psychologists, and behaviourists in Pakistan or by reaching out to suicide hotlines.