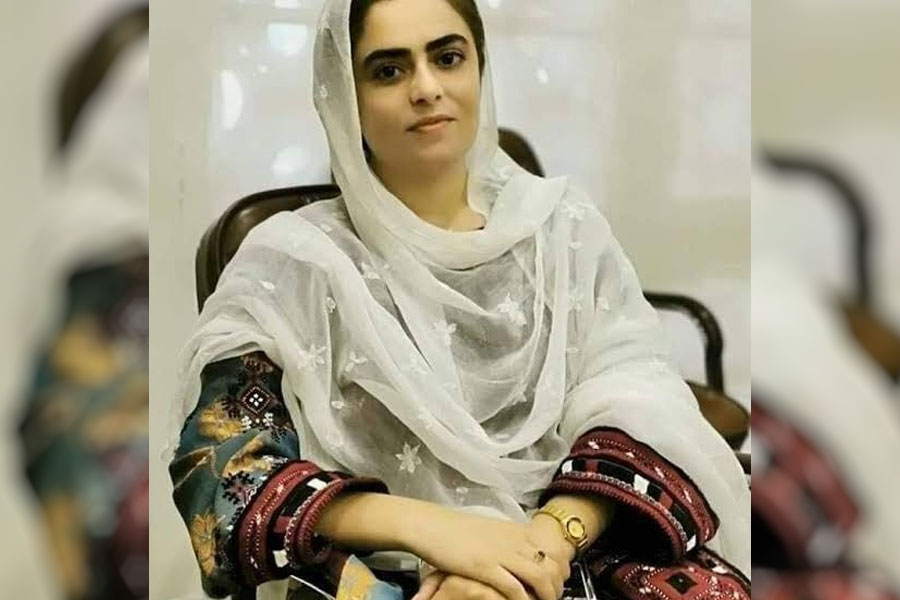 The Government of Baluchistan has posted Engineer Ayesha Zehri as the first woman deputy commissioner of the province. This news was announced this past Sunday as she was posted as Deputy Commissioner Naseerabad.

Previously, Zehri was performing her duties as the Assistant Commissioner Mach Bolan. As per reports, this posting has come straight from the directives of Chief Minister Mir Quddus Bizenjo.

Furthermore, reports claim that the previous commissioner, deputy commissioners and assistant commissioners of Naseerabad were removed after the submission of complaints lodged by Saleem Khosa.

Reportedly, Mr. Khosa demanded that Chief Minister Bizenjo take action against the officials for their negligence and poor performance.

Just hours before this major announcement, Prime Minister Shehbaz Sharif applauded her for her effective role in supporting the flood-affected people in Mach Bolan. He clapped for her in recognition of her contribution to the countrymen in their time of need.

it was reported to the prime minister, worked with her staff to aid flood victims and oversaw rehabilitation efforts day and night after the disastrous flood.

Shahbaz Sharif said that the team has worked tirelessly to restore the highway in eight hours. “It is a big thing that the team worked with high spirits during this tough time,” he added.

Zehri came into the spotlight after she conducted a raid and recovered a young lad named Abdul Hadi. Hadi had been abducted from the Chagi district of Baluchistan and a ransom of Rs 40million was demanded by the kidnappers. Moreover, she also imposed a fine on the group Qatari Royals who were illegally hunting in the Chagi neighbourhood.

“Women can make a difference”, she said. Look at Finland where from Prime Minister to all key ministers are all women”, Ayesha Zehri said. Women can run States if given chance, she insisted.

Zehri is an icon in the eyes of the daughters of Baluchistan as well as the nation. Women like her are proof that the women of Pakistan are just as skilled as their male counterparts and are motivating the younger generation to contribute to the betterment of their homeland.