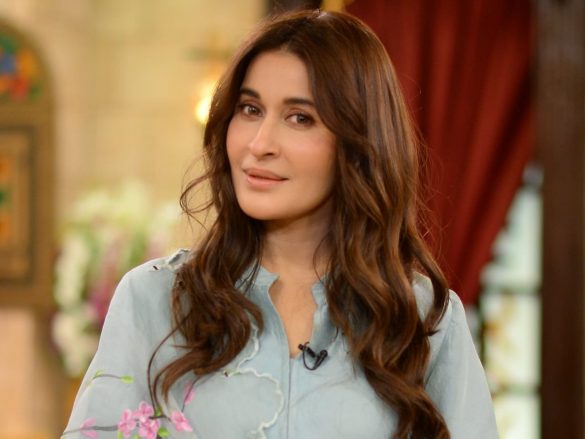 Being a public personality comes with tons of fans and, of course, responsibility. Shaista Lodhi is a Pakistani actress, host and now also owns a clinic that deals with dermatology. Recently, she came to experience a traumatized incident and is now too careful with her words.

Shaista has recently come back on the small screen with Ary Digital drama named “Pardes” after a long break. The audience at large appreciated her character in the drama serial.

Shaista appeared in an interview, where she discussed a plethora of topics with the host. However, one scenario from the interview shocked us to a great extent. Apparently, according to Shaista, she has a fan who is obsessed with her. From the interview, we can tell the said fan has her number, knows where the actress is and has great insight into her life.

“She had my pictures, and she use to call me after now and then, and one day, I scolded her”. She said I was tired after work and taking care of the children, and scolded the fan.

“She took it so seriously and did a suicide attempt and ended up having treatment in Liaquat National Hospital, her mother called me from the hospital,” said Shaista.

After the incident, Shaista spoke to the girl’s mother while the fan was in the hospital getting treated. Now she is very careful of her privacy and, of course, with her words too, as it can turn into ugly situations quickly.

Mehndi is a product that is used throughout the year for festive occasions, especially during the wedding season and Eid. Brides would apply the delicately applied designs and keep them on overnight to get a beautiful dark colour. A mixture of sugar and lemon water was often applied once the henna designs had dried. Different homemade tips were shared on how to get a strong, long-lasting colour.