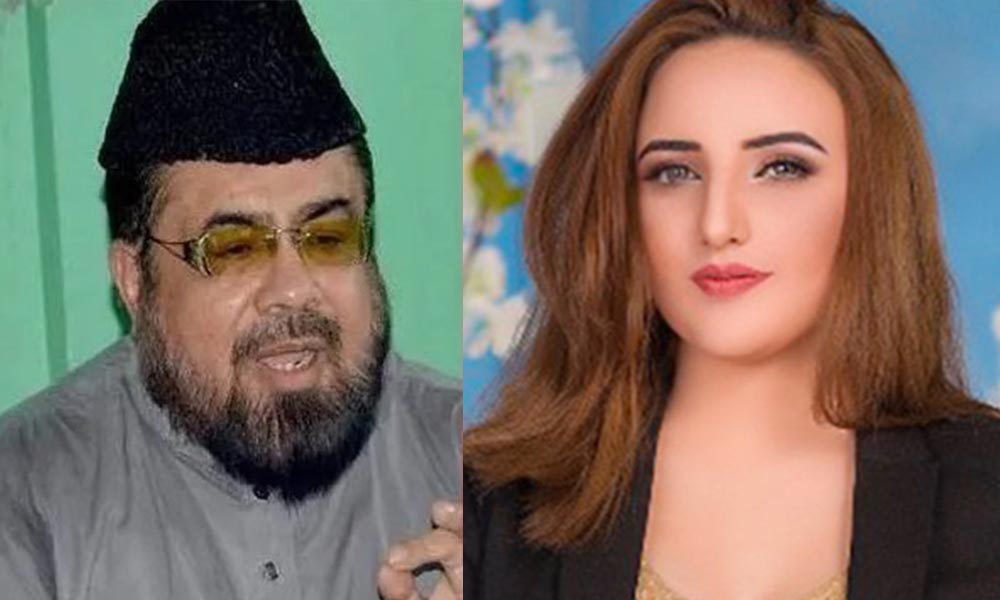 A video of Tik Toker Hareem Shah has been making rounds on social media. The social media star is seen slapping Mufti Abdul Qavi, committee member of Ruet-e-Hilal. Since then, Shah has been trending on multiple social media platforms. Previously, Shah has been involved in many such fiascos. At the end of 2020, she was listed as the most Googled person on the top 10 list in Pakistan.

The video is blurry and hard to identify who the woman slapping Mufti Abdul Qavi is. However, Samaa TV confirmed with Shah if it was her in the video donning a red dress. Shah claimed that she slapped the Mufti due to his inappropriate remarks of her and her friend.

“I have no regrets. If men like him are punished, there will not be rapes in Pakistan,” says Hareem Shah. “He spoke salaciously and we have recorded the whole conversation.”

In the video, Mufti, Hareem, and her friend seem to be in a hotel room where the Mufti is busy using his phone when Shah approaches her and slaps him without warning. Within seconds, Shah is seen running from the room.

Geo News investigated Mufti Sahab on the matter but he was oblivious why Shah slapped him. When asked why they were together, He told the news outlet that he and Shah were invited to a TV program for a shoot in Karachi.

“I was using my mobile phone in the hotel room when she [Shah] suddenly came into the room and slapped me. She then left.”

The cleric said, “There was a woman with Hareem Shah, She (Shah) slapped me and the other woman took the video.”

It is notable to mention that Mufti Sahab was present in a similar scenario a few years ago but with Qandeel Baloch, who was later killed in the name of honor by her brother. Mufti was also the suspect at the time of the investigation.

Hareem Shah has been in the news plenty of times for the past year but for all the wrong reasons. Sometimes the Tiktoker announced her moving to Canada, others time her questionable music video, and even when her father’s video went viral. Her picture with Prime Minister Imran Khan also was popular on the internet until PTA was told by the authorities to remove it.