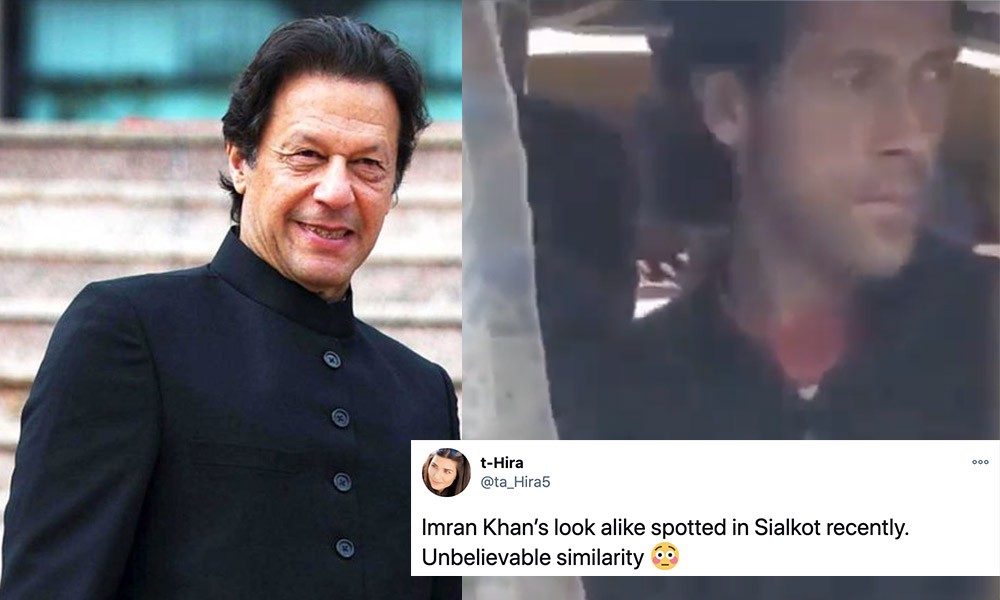 Our Prime Minister, Imran Khan, has a doppelgänger in Sialkot that was spotted by someone on the roads while the man in question was on a rickshaw ride.

The video has been making rounds on social media as the similarity between the two is uncanny. If Imran Khan was young right now and both were placed in a room, it would be challenging to recognise Imran Khan and his look-alike. Some also believe the man in question seems to look somewhat like Bollywood actor Hrithik Roshan. However, we think he looks slightly like the premier.

Have a look at the video:

Pretty sure you are as surprised as we were when we saw the glimpse of this man for the first time! Is it not strange how similar people can look like other people on this planet? Crazy right? It is said that there are at least 7 look-alikes in this world. While we haven’t spotted 7 similar looking people, we often find at least one. People tend to spot people who are famous such as celebrities and politicians such as Khan himself.

Let’s Have a Look at How Twitter Reacted to the Video:

This doppelganger of PM Imran khan found sitting in a rikshaw in Sialkot. The resemblance is uncanny 🥺 pic.twitter.com/1XFjpcj2LS

Imran Khan After Selling all cars of PM house at Auction. pic.twitter.com/YXK28rNbhd

This made us laugh a little too much!

Not sure that would work here in Pakistan. Oh well, the idea is fresh and out of the box.

I'd be suitably impressed if Pakistani politicians travelled like the general public (like Scandinavians do with quiet dignity) instead of lording it over with VIP entourages like 22-year-old rappers.

We Hope Not. Nida Yasir’s Show is Popular for Inviting People Who Have Gone Viral on Social Media.

From there onwards, brands start calling in these people and later, they are gone with the wind—a classic example of short-lived fame.

5 Things You May Have Never Known About Ahad Raza Mir