This Viral Meme of a School in Pakistan is Trending & the TikTok Remakes are Just Too Funny! [Videos] 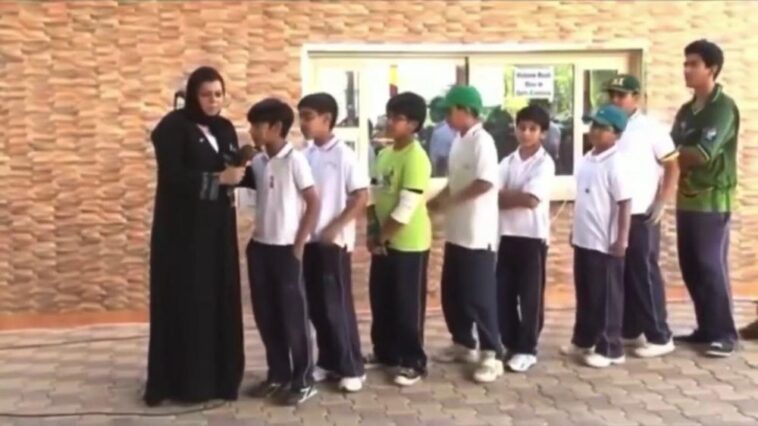 It’s indeed true that the internet is brutal and doesn’t spare anyone! This school in Pakistan went viral and became a global meme thread, trending on Twitter and Tik Tok for days and the reactions and content is just hysterical.

A few Pakistani actors and cricketers have previously been quite famous worldwide for their hilarious English vocabulary and pronunciations. This time we can assure you that haven’t come across something as hilarious as what we are going to share with you all today regarding Independence day celebration in a school this year in Pakistan.

In schools all across Pakistan, Independence day is celebrated on the 14th of August every year and schools organize a special fun celebration party for the students singing and dedicating Independence day songs and debate speeches for the country. But unfortunately school celebration this year turned into a super hit internet meme thread.

Here are the videos, let’s take a look!

The principal along with the students were extremely excited to share their love for Pakistan and took pledges for their county. But what they didn’t see coming was a wave of social media fame which will make them one famous all around the world and their celebration videos the top most trending videos on the internet.

oh my god there are clips of students saying their goals and promises to help pakistan on tiktok and i’m deddddddddd pic.twitter.com/DRR1c7KT3J

Best one so far pic.twitter.com/RQamamjRWP

Pakistan's most notable contribution in the meme game is THAT fucking video. I'm embarrassed.

Its all over globe now pic.twitter.com/HQyJ2izDkM

Meanwhile there a few people who have views that international Tiktokers are mocking people and their innocent sentiments, we believe that it’s harmless and should be taken as light humour.

What are your views on this? Let us know in the comments below!

5 Dating Apps Including Tinder Got Banned in Pakistan & the Reactions are Hilarious!

10 Times Burcu Kiratli aka ‘Gokce’ from Ertugrul Drama Proved She is a Style Queen in Real life!