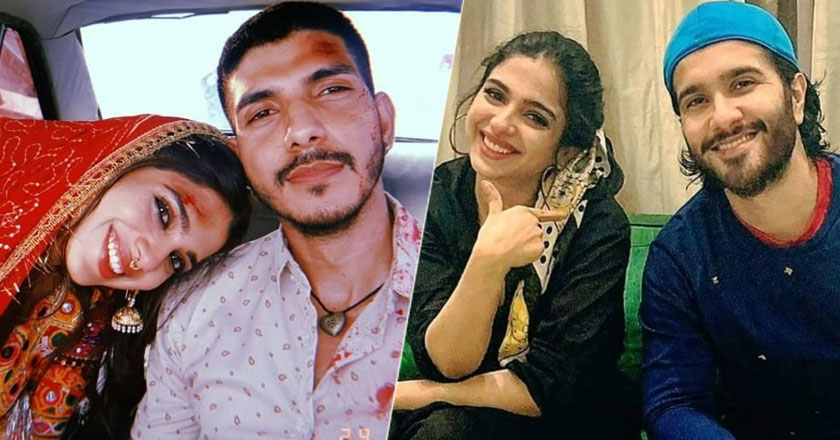 Sonya Hussyn recently appeared in an interview in which she opened up about different topics including the controversies surrounding her upcoming film Tich Button, as well as working with actors accused of domestic abuse.

Hussyn has worked with Mohsin Abbas Haider as well as Feroze Khan. Both of these well-known actors have been called out by their ex-wives for being toxic. But, Hussyn had to say what was on her mind.

According to her, domestic violence is ‘inhumane’ but she does not believe in labelling victims or culprits in subjudice matters.

She said, “Some things are very personal, and I am against domestic violence, it is a very inhumane act. But, I don’t know their household matters personally, and many things can be exaggerated, therefore I can’t say anything about it from just looking at pictures and labelling someone as a victim or culprit. Until I talk to both parties, I can’t make any statement”.

While mentioning Feroze Khan’s ongoing case, Sonya stated, “I am friends with Feroze, but not enough to ask anything [about the case]. I don’t feel good probing about someone else’s personal life”.

“I noticed was he cancelled out from everywhere, was kicked out of projects and was not being hired. I don’t think this is the right approach. I have seen the time that Mohsin did not even have the money to feed himself, and that is not the right thing” she added.

“I understand if two people have issues in their marriage, and you can talk to them personally and take away their work. Until you talk to them, take them to therapy if the accusation is true. Have conservation with them, not pressure them, and isolate the person from society. These actions actually take a person towards more suicidal thoughts”, Sonya concluded.

Do you agree with her thoughts? Tell us what you think in the comments below.