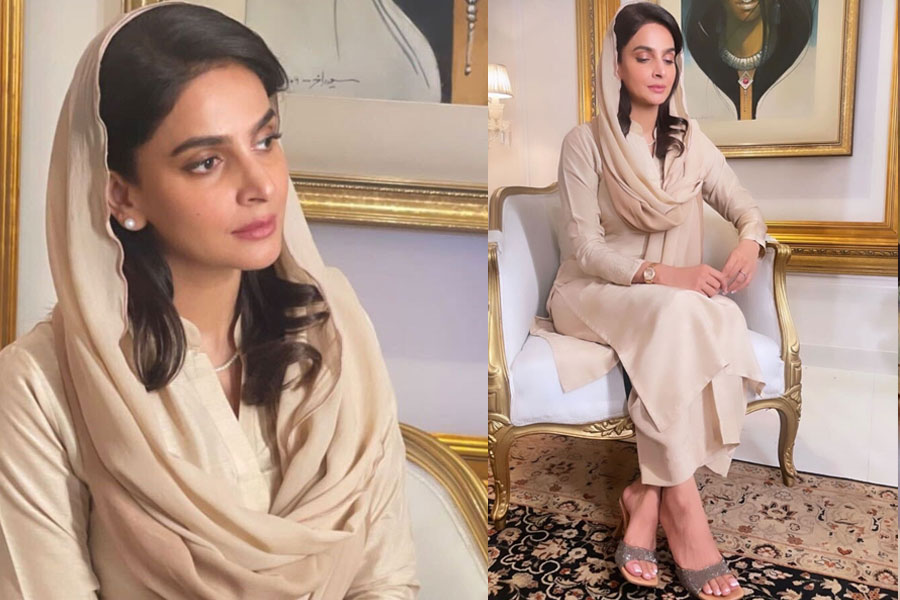 Saba Qamar is all set to play the role of a politician in her upcoming project. The actor had previously expressed her wish to act as a politician, which has now come true with her forthcoming project ‘Mandi’.

Reportedly, she will play the role of a stateswoman named Uzma.  The web series also stars Mikaal Zulfiqar, alongside Ainy Jaffri and Shayan Khan, in a pivotal role.

Without spilling many details, Saba Qamar took to Insta to share the news of her upcoming venture. The two of them have been busy shooting for the web series.

From what we have gaged, ‘Mandi’ will be about politics, corruption, and the race for power.

There have been some speculations on the internet that Saba’s character has been inspired by PML-N Vice President, Maryam Nawaz Sharif, however, neither the actors nor the makers have confirmed this claim.

Earlier this year, during an interview with a publication, Saba Qamar had expressed her wish to play either the PML-N leader or late former prime minister and PPP chairperson Benazir Bhutto onscreen. “I would love to play a politician on screen!”

Qamar has been mesmerising her fans on TV and silver screens with amazing hits including ‘Kamli’, ‘Mrs and Mr Shamim’, ‘Fraud’ and many more.

Have you watched any of her recent works yet? Share your thoughts with us in the comments below.