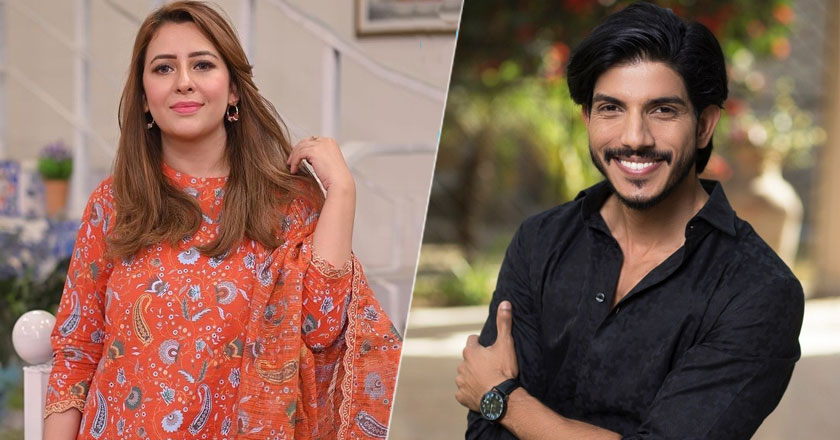 Salon owner Rabia Anum walked out of a live show, hosted by Nida Yasir. The reason behind her actions was none other than actor Mohsin Abbas Haider.

Wondering what happened? Good Morning Pakistan invited Rabia to the show as a guest, alongside Fiza Ali and Mohsin Abbas Haider.

Reportedly, Rabia was not told that she had been invited alongside Mohsin on the show. After she found out that he is a part too, she left.

Rabia has supported Mohsin Abbas Haider’s ex-wife Fatema Sohail after she called him out on social media as an abusive ex who allegedly beat her.

According to a source, Rabia said on live television that she cannot share a platform with a wife-beater on her way out.

She humbly apologized to Nida Yasir explaining “I want to apologize beforehand to you, Nida, for what I am about to say. You know I love you. This team and this channel are very dear to me. We are talking about childhood mistakes right now but there are some mistakes that stay with you your whole life. I don’t want to make such mistakes here today,” she said.

“There is an issue close to me for which I have taken a strong stand i.e. domestic abuse. When I came to your show today, I knew that Fiza will be here but I wasn’t aware of any other guests. I believe if my smallest action can help my daughter or anyone out there then I have to comply. I know you (Nida) are a responsible person. But I think if I sat through this show today then tomorrow, I won’t be able to face my friends, my colleagues and all those girls who are the victims of abuse,” she added.

Proud of u @RabiaAnumm
This was much needed.
We all need to stand against domestic abuse.
This was very professional of u and u r a beautiful soul.https://t.co/CjOACmo5fy

Mohsin Abbas Haider was accused of physically abusing his wife, Fatima Sohail, in 2019. But the actor has refused these claims and has rejected any claim of abuse.

The actor said that his wife’s allegations are all a part of a conspiracy against him being carried out by his “enemies” in the showbiz industry.

Until next time, stay tuned to WOW360.