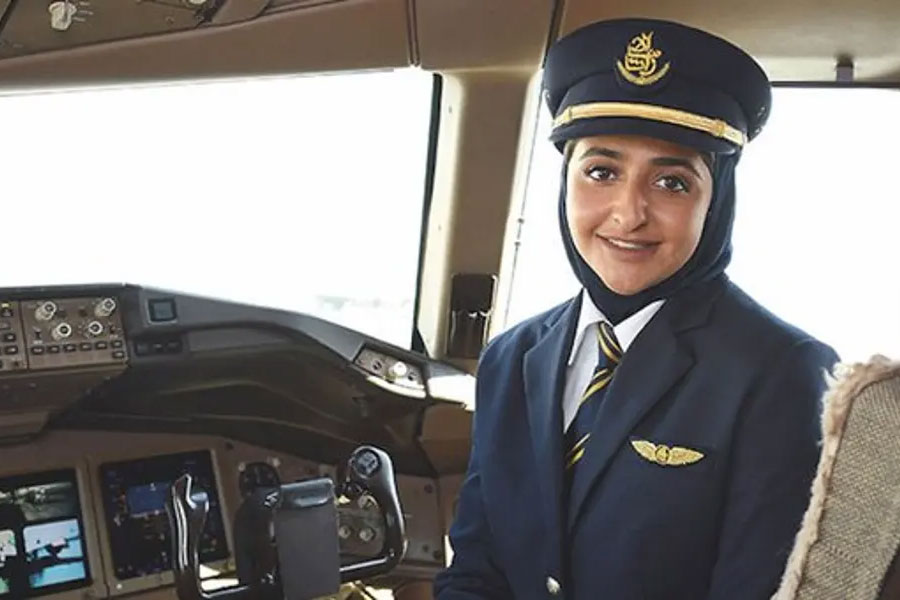 Her Highness Sheikha Mozah Al Maktoum has proved to the world that if you are determined and put in 100%, you can accomplish anything. The Dubai Royal has become the first woman to pilot an AW609 tiltrotor aircraft – a hybrid of a helicopter and aeroplane.

Moreover, this accomplishment has set a milestone for women pilots in the civil aviation sector. According to the Nation News UAE, the tiltrotor can take off and land vertically, hover like a helicopter and can fly at the speed of more than 500+ kilometres per hour and cover close to 1,400km.

Earlier in 2019, she became the first Emirati woman to join the Dubai Police as a helicopter pilot back in 2019. She flew the AW609 tiltrotor for an hour during her visit to the US helicopter headquarters of Leonardo in Philadelphia. The aircraft is also the first to receive civil certification.

“I’m thrilled to be the first female pilot to test this revolutionary aircraft,” she said in a statement per the Dubai Media Office. “It was not only a personal milestone but an opportunity to shatter another glass ceiling for women.”

She added, “I always push myself beyond my limits to prove that if I can do it, it is also within the reach of anyone who is determined enough to try.”

“I am still pinching myself,” she said.

The trailblazer is also the first Emirati Royal to pilot a commercial plane for Emirates Airlines in 2016.  Sheikha Mozah has become an icon for young women all around the world.

Women in the Emirates have broken barriers in recent days, especially in Saudi Arabia. Since then, countless have proved that no law or individual can come in between them and their ambitions and dreams.

Stay tuned to WOW360 for all the latest news and updates from around the world.

5 Trendy Hair Colours for Summer 2022 You Must Try!