Sunday, June 26 2022
Top Posts
3 DIY Hotpot Recipes You Can Make at...
5 Tips to Keep Your Hair Sweat-Free During...
Fawad Khan to Make Debut in Ms Marvel...
“Women Can Accomplish Anything They Set Their Mind...
TikTok Releases First Album of Viral Hits
Mehwish Hayat Makes Her Debut as a Djinn...
‘Girls are No Less Than Boys’ Says Pakistani...
Punjab Government to Provide Scooties to All Female...
Is Akshay Kumar’s Upcoming Film ‘Raksha Bandhan’ a...
On This World Music Day, Spotify Celebrates K-Pop...
FeaturedSportsTrailblazer 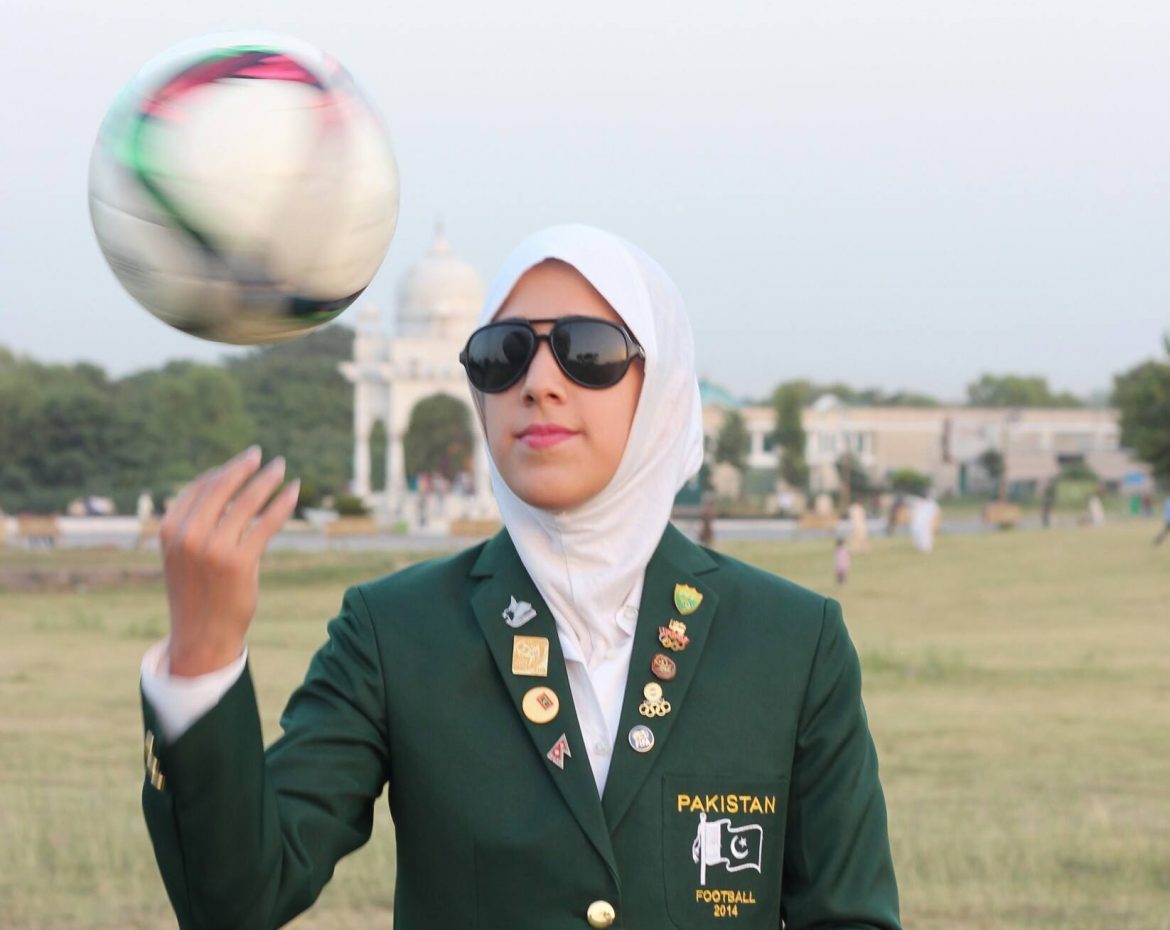 Pakistan’s youngest female footballer Abiha Haider has been featured in FIFA’s female heroes documentary. FIFA has shared the tale of the Islamabad-born Pakistani female footballer, which will inspire young girls to follow their passion no matter the circumstances.

At the mere age of 13, Abiha joined the national team Pakistan. She followed her passion despite the obstacles in her path due to the lack of opportunities for women in sports in Pakistan. At the age of 14, she was invited to the Sports United Exchange program. Quickly she garnered fame for herself with her outstanding performance and dedication. 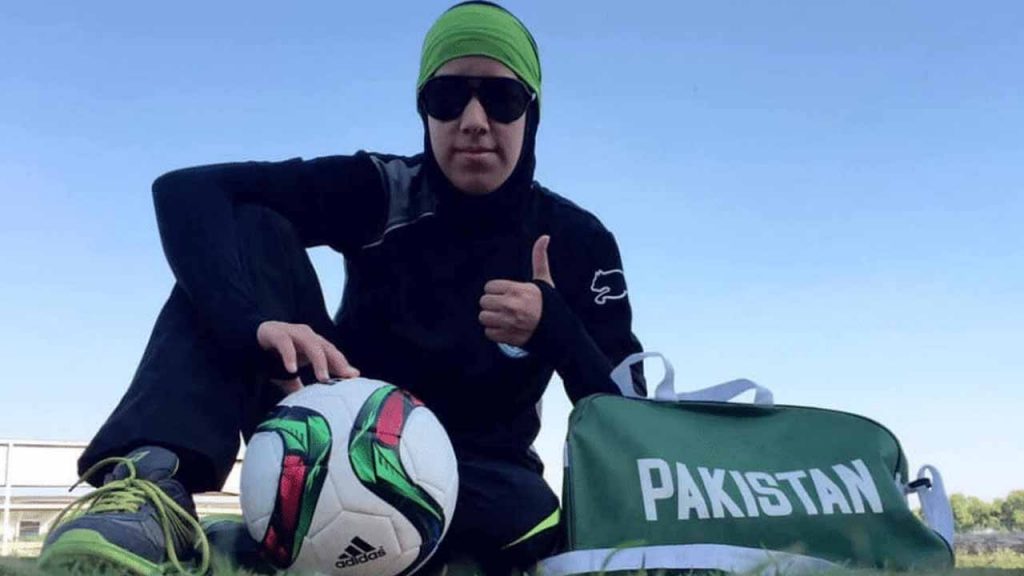 Since 2010, she has been participating in sports and representing Pakistan internationally. She has won millions of hearts by making the nation proud of her achievements. She has been featured in the 30 Most Powerful Muslim Women In Sports list.

In 2011, Abiha was invited to the White House to represent Pakistan. She told the world on the platform that women in Pakistan are resilient and brave.  Her previous most promising accomplishments include ‘2x Guinness World Record Holder’ for playing the longest football match, of up to seventy hours among 60 nationalities which took place in France. 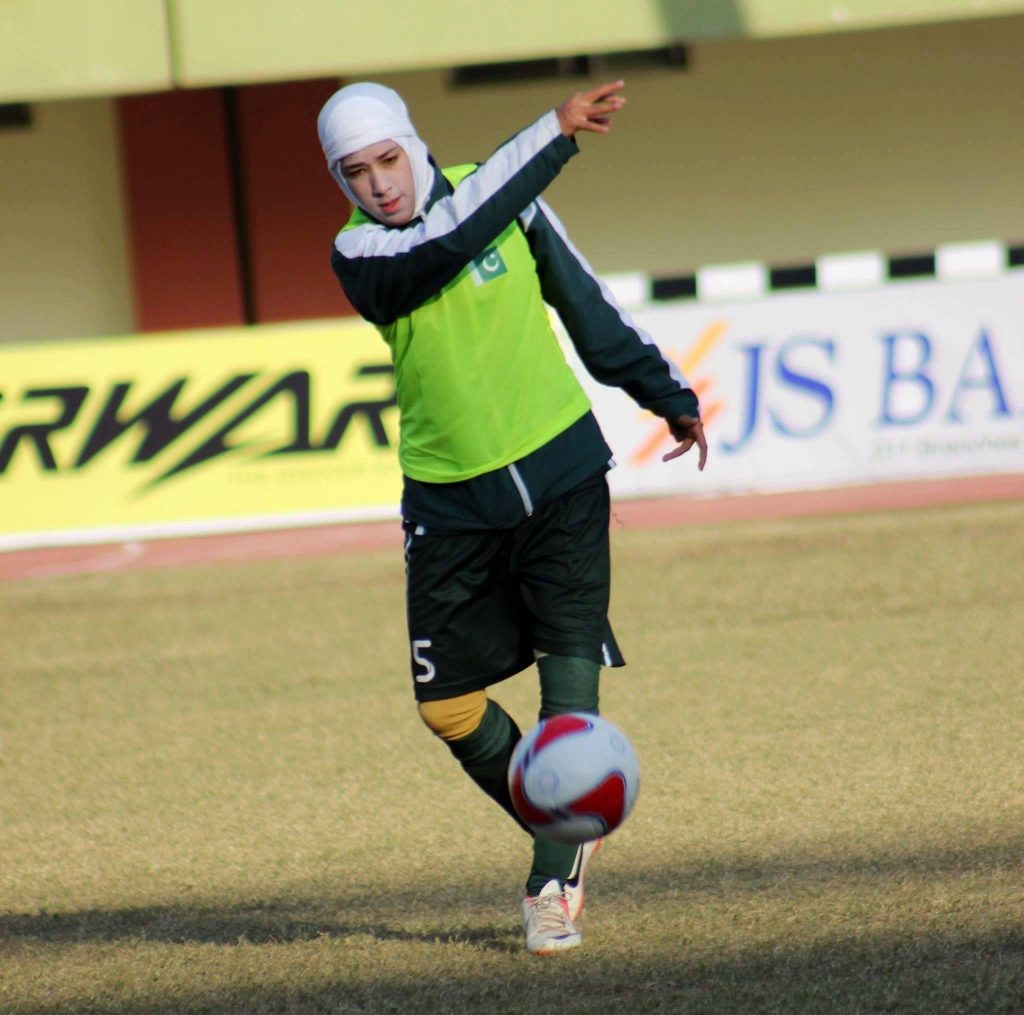 And, ‘25 Under 25 Women Achievers in Pakistan’ in 2019. Out of 809 female players worldwide, she was the only one selected from Pakistan and sponsored by FIFA to participate in the longest match event. In 2021, Abiha began offering football training to children in an academy free of cost.

While Abiha was busy pursuing her passion, she didn’t leave her educational career behind. She graduated with an LLB Honors degree from the University of London.

Women in Pakistan are shattering glass ceilings, right, left, and center! From young girls surfing fearlessly on sea waves, policewomen riding bikes, and Hijabi ballet dancers, there is no limit to Muslim female talent and determination. One such inspiring young talent is Abiha Haider, a Pakistani female footballer who has been challenging gender norms in sports since 2010. Adding another feather to her cap, Abiha Haider has been added to the ‘Top 30 Most Powerful Muslim…