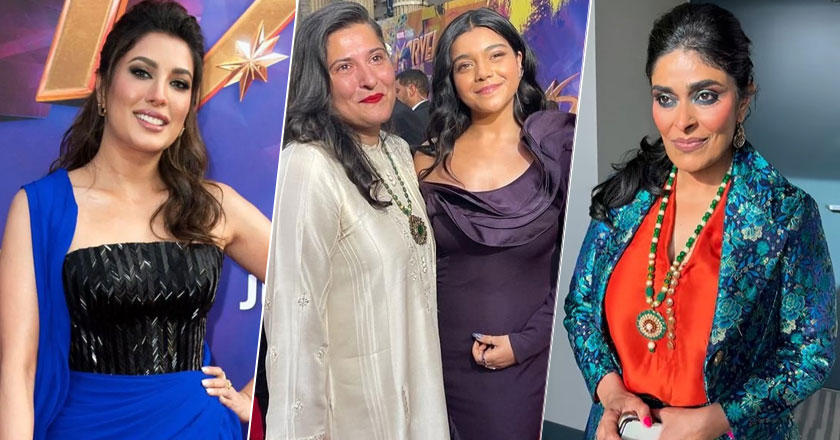 Pakistani Journalist, filmmaker, and activist Sharmeen Obaid-Chinoy is celebrating 20-years this June after her debut in 2002.  Moreover, she is the first and only Pakistani to be awarded two Academy Awards, along with seven Emmy Awards, and a Knight International Journalism Award. Now, she is once again ready to make history.

Obaid’s latest project with Marvel Studios titled ‘Ms Marvel’ is the latest talk of the town that has the entire country on the edge of its seat in anticipation.

On her personal Instagram account, Sharmeen shared that back in the 1990s, if a young girl was told that one day she would be in Hollywood, she would not believe it.

For Sharmeen, the doors to make her dream come true opened 2 decades ago with the help and aid of mentors who supported her throughout her journey.

Since then, she has been telling stories that have been celebrated around the world, highlighting unsung heroes – Ms Marvel is one such story. Ms Marvel starring Iman Vellani, is Obaid’s ode to Pakistani women, symbolizing that anything is possible.

Pakistani Women Who Dazzled at the Ms Marvel Red Carpet

The starlet won the red carpet and thousands of hearts!

A post shared by Temple of GEEK CHIC (@templeofgeekchic)

The woman who made sure Pakistan and its women go down in history!

The Pakistani Diva, Mehwish Hayat looks absolutely stunning on the red carpet, we are very sure all eyes were definitely on her!

The story is about Kamala Khan aka Ms Marvel,  a Pakistani-American teenager from New Jersey who made her first comic appearance in 2013. A Terrigen Bomb triggers her latent Inhuman lineage. As per the comics, Ms Marvel has amazing abilities such as stretching her body in unimaginable ways.

The first episode will go live on the Disney+ app on 8th June, whereas cinemas in Pakistan are ready to bring the much-awaited series to the silver screens.

For those who have not seen it yet, here’s a sweet treat for your sore eyes:

5 Things About Menopause Women Wish They Had Known Earlier