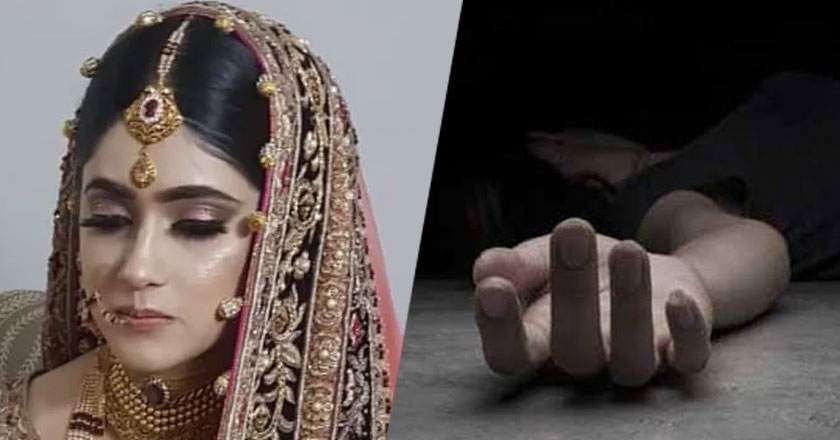 Ameba Bibi, a 20-year-old was a student at Sardar Bahadur Khan Women’s University and was studying BS Education at the institute. She was shot by her husband after she expressed her desire of wanting to study further.

According to a statement by Amena’s father, she had refused the proposal initially because she wanted to continue with her studies. Her in-laws and husband-to-be had assured her that they will give her permission to do so.

Moreover, the husband, Shahab Khosa, said that he will personally take her to the university. However, after their marriage, he would continuously torture her and would stop her from pursuing her studies.

When the news of the torture reached her home after 4 months of marriage, her parents decided to bring her back, but, Khosa begged the family to reconsider, as he promised to stop torturing her. He kept his word for a few days but eventually started the cycle again.

The father Haji Manzoor Ahmed shared that once they had visited the boy’s uncle’s home and his daughter was unable to talk. She had been tortured to such an extent. After they took her to the hospital, the doctor shared that one of her eardrums has an infection.

In another incident, when she was at home drinking juice with her younger sister, she accidentally spilt the beans about how her husband’s behaviour was not right and that he would torture her every chance he got.

Lastly, he took her to their uncle’s house where he shot and killed her as she offered her prayers.

My daughter wanted to pursue higher education. Instead of accepting this legitimate desire, the husband first tortured her, and then shot and killed her. – Haji Manzoor Ahmed

Javed Buzdar, SHO of Quetta’s Amir Muhammad Dasti Police Station, told BBC that after the murder, a  case was registered against the victim’s husband under Section 302 of the Pakistan Penal Code. However, the accused had already managed to escape.

We would like to take this moment to tell parents that a divorced or separated daughter is better than a dead daughter. Free
her from the tortures and be her support because you are the only ones she can rely on.