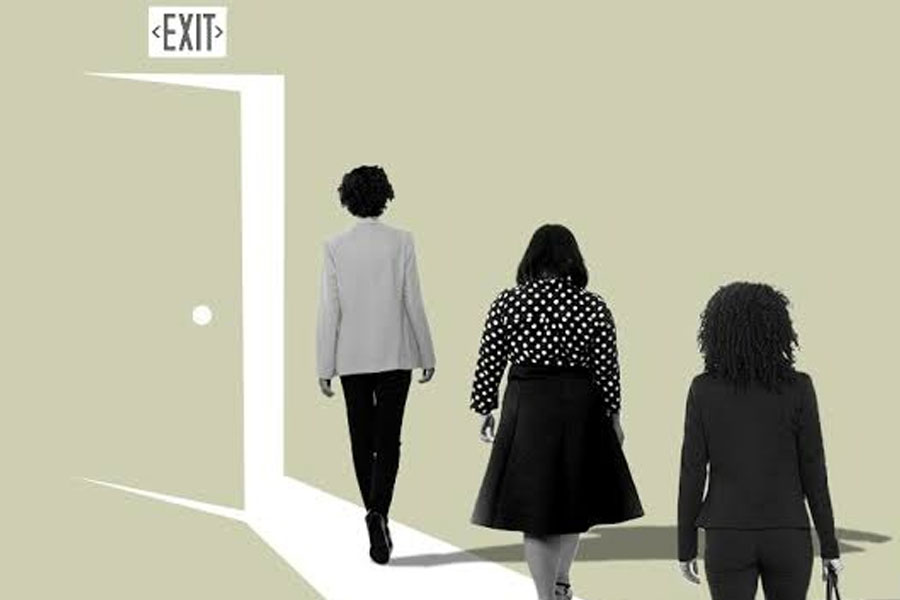 For most women, their workplaces become their second home. A place where they accomplish, strive, empower, and even make the best of friends. However, there are some women who despite being amazing employees decide to walk out.

Each employee has their own reasons for deciding to quit, for some, it’s hard to manage long commutes with inflation in the air, and for others, better opportunities await.

Nonetheless, here are the top 5 reasons women decide to leave their workplaces:

In many organisations, even in Pakistan, a woman is often assured she will not have to stay after work hours, timings and policies are flexible, and the workload is healthy.

Turns out that the reality is she is stuck to the screen or is buried in files way past her 9-to-5 timings. Most women who overwork are not paid any extra compensation (overtime) and eventually start to burn out faster, often resulting in mistakes and other errors which eventually catch up with their performance.

While there are many organisations that are against such harsh work cultures, not everyone is fortunate. When female employees speak up about their parents being worried or the household being affected, employers usually respond with ‘you can quit’ which is another stressful situation for the woman. But, after only tolerating so much, she finally decides to weigh out her options and ultimately walk out.

They say that everything that glitters is not gold, and they are absolutely correct. One of the major reasons why women leave workplaces is due to the hostile work environment.

As we all know or have personally observed, #MeToo is very real, especially when it comes to powerful and influential men who have enough money to keep cases going on forever, whereas a woman eventually has to decide whether she wants to continue with the case or rethink her decision.

Moreover, according to Forbes, the vast majority of victims never file a formal complaint for a well-founded fear of retaliation (almost 75% of all women who do report their experiences are penalized for doing so).

Women are so much more capable than the world seems to think, some of the most brilliant minds are women, successful CEOs are women, and even in many studies, it has been found that women can run businesses better than men. Yet, a man is paid more than a woman for the same responsibilities, sometimes even less than her share.

This inequality in pay, promotions, and thinking has often led a woman to rethink her decision. Enterprises often think of women as too soft or have this bubble in which they believe that once she is married or has children she will not be able to carry out their services and do their job like before. Well, don’t men become fathers? Don’t they handle their responsibilities at home and work perfectly fine? Then why can’t women?

Imagine you’ve worked overtime, prepared countless reports, making presentations, and compromised personal relationships at home just so you can take a victory at work, and in the end, someone else walks away with the credit. Unfair right? This is what is happening to countless women right now.

Employees, regardless of gender want organisations to appreciate their hard work and efforts, they want to be given recognition, and small tokens, and even just saying ‘good job’ or ‘well done’ will do the job, yet their hard work is stolen from under their noses and other people are cheered on.

Why would anyone want to stay?

5. Basic Needs are Not Being Met

Organisations nowadays understand that happy employees result in better performances, willpower, commitment, and trust. This is why they provide basic facilities such as daycares, gyms, and cafeterias so that they can show their employees that they are appreciated.

Women want to feel celebrated and acknowledged, and it doesn’t take much to do so.