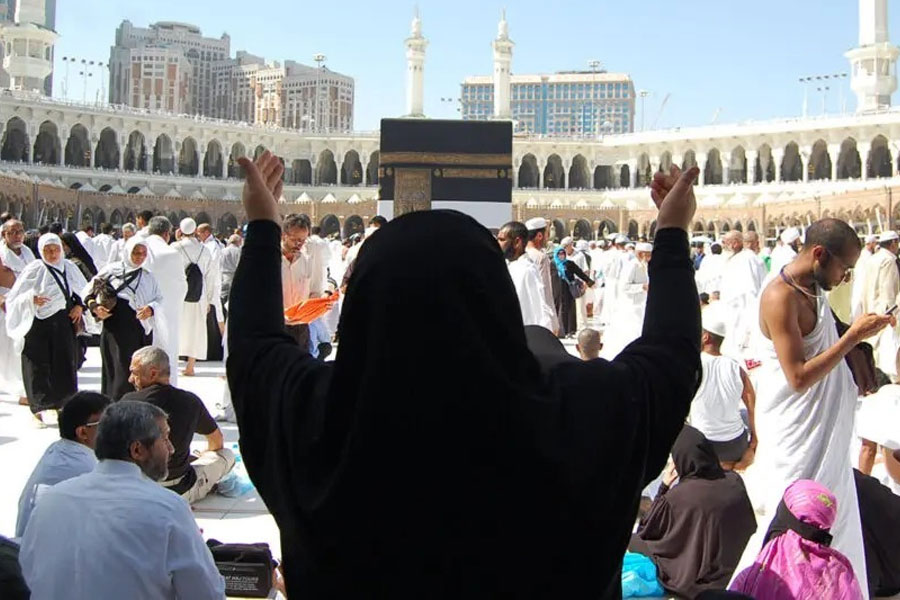 The Saudi Arabian Minister of Hajj and Umrah, Tawfiq Al-Rabiah, announced that ‘mahram’ (blood relative), usually a male guardian (husband, father, biological son or brother), is no longer required to accompany a woman pilgrim during Hajj or Umrah.

Previously, Saudi law stipulated that a woman must be accompanied by a mahram for Hajj or Umrah. This announcement was put forth on Monday in Egypt during a meeting with his counterpart, the Egyptian Interior Minister, Mahmoud Tawfik, discussing the 2023 Hajj preparations, Hajj Reporters, a Nigerian newspaper that reports Hajj activities, reported.

Speaking at the Saudi embassy in Cairo, Tawfiq Al Rabiah, Saudi Arabia’s Minister of Hajj and Umrah added that there will be a condition, the woman must be accompanied by a group of women.

This is yet another historic announcement the kingdom has made over the past few years, the previous being a mahram no longer being required for Umrah, women being allowed to drive, and the permission of allowing citizens to watch movies in the cinemas.

For women who are planning to go for Hajj without a mahram, here is what they need to know:

On the other hand, the Saudi minister said that the kingdom is keen on reducing the cost of Hajj and Umrah but added that the matter is related to a number of factors.

What are your two cents about this announcement? Share your thoughts with us in the comments below.

International Day of the Girl Child: How Females are Still Under Global Threats