International Day of the Girl Child: How Females are Still Under Global Threats 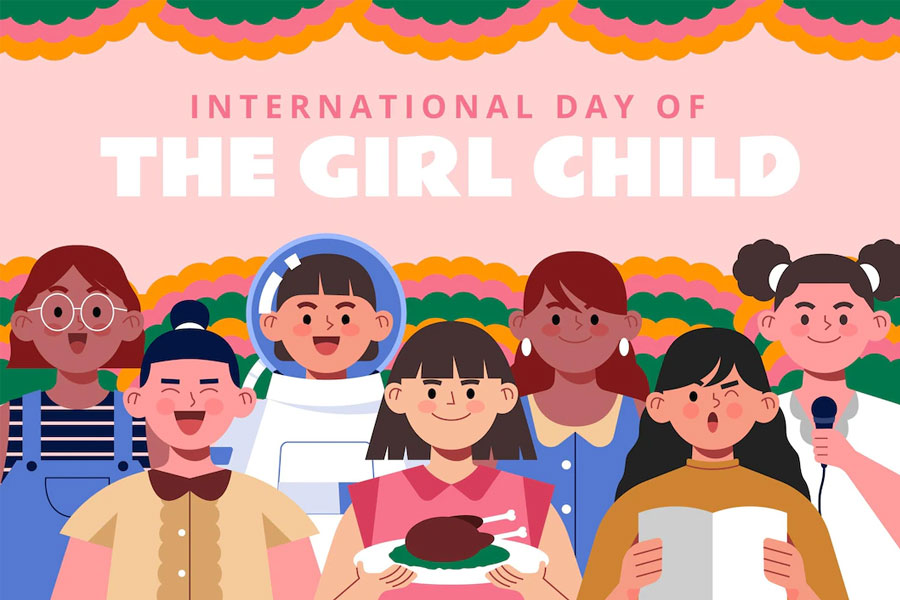 Today makes the International Day of the Girl Child. This day signifies the birth of daughters from different walks of life, some of who become the financial support of their parents, others who leave a footprint in the course of history.

Despite living in the 21st century and understanding that a woman is no less than a man nowadays, there are still many families and societies that yearn for a male child. Moreover, to date, there are also countries that do not give basic rights to women to live freely like a man.

Despite the efforts of countries and organisations within those countries, the massive thinking of gender equality still has to change. Small efforts are making a difference, but today we question, how many more lives will it take.

Let’s break down this country-wise to get a better perspective.

Iran is in the spotlight right now due to massive protests on the streets of the country where women are demanding that they be given the freedom to live their life on their terms. These protests were sparked after the death of a young woman, Mahsa Amini, for not wearing her hijab correctly. Is that all her life was worth at the end of the day?

Following her death, another 17-year-old who was identified as Nika Shakarami was murdered with blows to the head after she went missing during one of the protests. Allegations of the death of 16-year-old Sarina Esmailzadeh have now also surfaced who was also a victim at a protest.

Women around the globe have shown their support to the cause ‘Jin Jiyan Azadi’ (women, life, freedom) by cutting their hair and burning their hijabs to protest over the immoral killings of innocent girls by Iran’s morality police.

While many parts of Pakistan celebrate the birth of girls, there are still some regions where females are deprived of their birthright. A majority of families think that a girl does not need to be educated because if she understands that she has rights, she will become ‘too independent’ and ‘broad-minded’.

Such families marry their minor daughters to stop them from having a sense of independence and teach them that their place is in the kitchen. Similarly, Pakistan’s growing population has also become a cause of concern, while contraceptives are considered taboo and children a gift from God, many households reproduce children back to back without understanding the dire consequences it has for the mother and newborn.

An increase in kidnapping, murder, and rape in the country has also become quite alarming. The females of the country are dealing with a number of situations in the male-dominated society, wondering if things will get any easier for them as many women and children like Noor Muqadam, Sara Inam, and Zainab amongst thousands still await justice.

Afghanistan students are being deprived of their basic rights to education due to the Taliban’s hostile takeover. Explosions, gunfire, and countless bodies have become a norm for the students of the country. On 30th September, there was a bomb blast at a tuition centre which killed at least 45 female students, including young Wahidah.

“She was like my sister. We shared all our secrets,” 20-year-old Mariam shared. “Wahidah didn’t miss a single day of the preparatory course. Whether it rained or snowed or there was a flood, even though she lived farthest away from the centre, she was always there.”

Wahidah’s father Mohammad Amir Hyderi had left to go to his shop early.

“I didn’t even see her that day,” he says. “She was the hero of our family, my angel. She always excelled at school. And even in a practice exam last month, she was the top scorer among 650 students. But it wasn’t just that she was clever. She was so well-behaved and devout that everyone in our community loved her. I don’t know why God chose me to be her father, but then why did he take her away so soon?”

“The Taliban were not letting us in. Finally, at the Ali Jinnah hospital, Mariam slipped inside,” Mohammad says, weeping as he recalled that day. “She came out crying and screaming a few minutes later, saying she’d seen Wahidah’s body,” he told BBC.

Children of Gaza, Palestine have been ruthless targets of Isreal’s merciless attacks. From daycares to schools, hospitals, and even homes, there is hardly any secure place left where families can take shelter. The children are growing up on the streets, most of them orphaned now, on their own as they’re trying to survive. The females who are not killed in the blasts are potential victims to rape and other possibilities with no one looking after them. When did mankind become so cruel toward children who were left unharmed by some of the biddest warlords, commanders, and dictators?

Females Around the World

Truth be told, the female gender regardless of where she is raised and born will always be a victim of global threats. From climate change to pollution, microplastics in food, diseases, terrorism, and much more, women are always going to be targeted.

However, we will not shy away. We will continue to march for freedom, for rights, for our fellow sisters, until one day this world becomes accepting, kind, and understanding, and treats us as their equal.