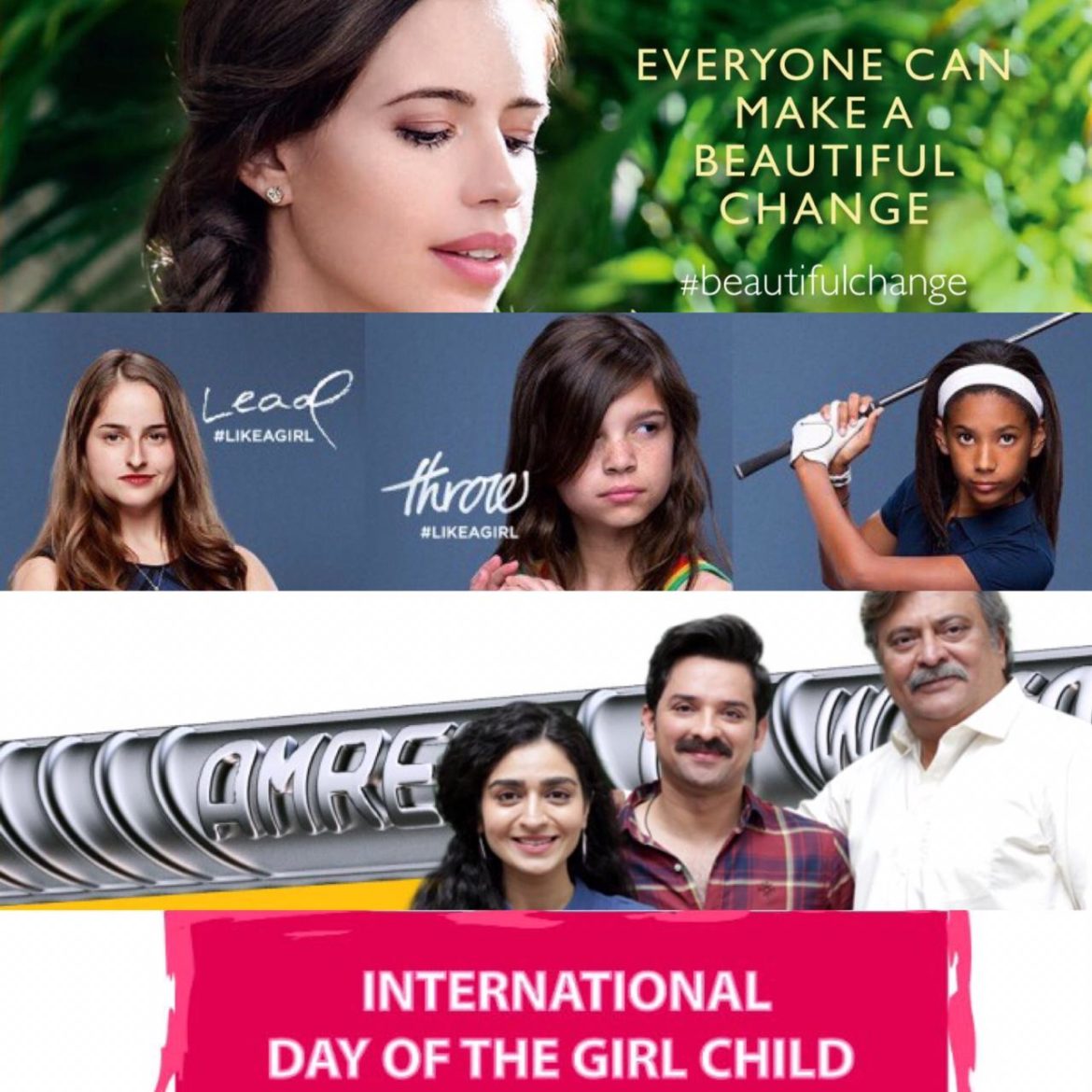 International Day Of The Girl  is celebrated on October 11th annually.  According to the United Nations, progress for adolescent girls has not kept pace with the realities they face today. The pandemic has only reinforced many of these gaps. This years  theme, is  “My Voice, Our Equal Future”

Why is International Girl’s Day Important?

International Day Of The Girl exists to recognize girl rights and the challenges young girls encounter all over the world. The day is meant to promote empowerment of young girls everywhere, while addressing their basic human rights, such as education, right to bodily freedom etc.

International day of the girl highlights, why the global society needs to address the biases, doubts, challenges, injustices, and dangers young girls deal with on a daily basis. There are parts of the world, including Pakistan, where a girl child is married before the age of 18, and suffers physically due to lack of nourishment, and sexual violence at the hands of the husband. 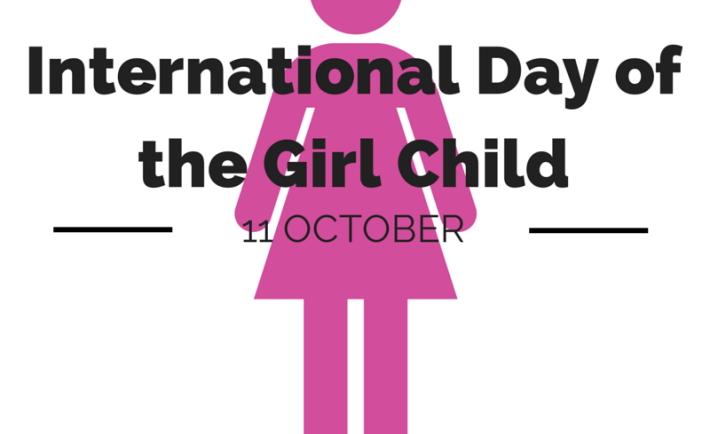 1.1 billion girls exist in the world today! Imagine the impact they can create when they grow up. The potential to change the world, if simply given access to basic rights such as secondary education, access to family planning and nutrition.

What is the future of girls in Pakistan?

Pakistan is the world’s fifth most populous country and the second largest South Asian country. 2017’s sixth Population and Housing Census revealed that Pakistan’s population has risen by 57 per cent, to 207.7 million from 132.3 million in 1998. In addition, the Census also revealed that the number of men is higher than women-  with men at 51 per cent of the total population and women at 49 per cent.

In Pakistan, where 1,000 “honor” killings occur every year, and the rate of abortion is one of the highest in the world due to a lack of accessibility to family planning services and lack of awareness of contraception, social norms act as the impediment for women and decide the fate of a girl child.

The 2030 Agenda for Sustainable Development at United Nations, has gender equality and women’s empowerment at the heart of it. UN Women in Pakistan is working with its partners to make sure:

This #DayOfTheGirl it's time to reimagine a world where every girl is safe and free to exercise all her rights – where equality is a fact for every child. Girls are changemakers, world shakers and shapers. Girls are demanding their right to be protected. They’re combatting child marriage, stereotypes, education inequality, violence, climate change, menstruation stigma – and they won’t stop. Let's tear down all barriers, amplify their voices and lift them up. Artwork by @voguemagazine #GenerationEquality #IDG2020 #MyVoiceOurEqualFuture #ForEveryChild

These incredible and progressive ad campaigns teach lessons about how to empower your girl child and create awareness about the social issues prevalent in the world.

1. Educating Your Girl Child is just as important!

Research shows that over 130 million girls are out of school worldwide.

Educated girls are less likely to contract the HIV, and when girls are educated, there are more jobs created for everyone- so they are giving back to the economy too.

According to the Malala Fund, low and middle income countries could add $92 billion to their economies on a yearly basis, only if all girls attended school for 12 years.

The Pakistan Amreli Steels campaign is worth watching – makes you realize the wonders investing in a girl’s education can do.

The ad breaks stereotypes in so many ways! It negates the age-old perception of daughters being a burden on fathers and how spending on their education is the real achievement.

The bond between a father and a daughter is undoubtedly special and is portrayed beautifully in this commercial. In contrast to popular belief, we see how the father stands up against his own family and lets her daughter study overseas to pursue her dreams. This again depicts the strength of his character – a man who doesn’t give into social pressures .

It’s refreshing to see how the daughter, now a successful architect, fulfils her parent’s dream of ‘building their own home’. In the last scene of the 2-minute DVC, the family is shown discussing designs when she mentions that for a solid man like her father, she only wants the ‘sahi’ (right) material to be used.

Another campaign that caught our eyes and hearts is the #BeautifulChange Campaign by Oriflame.

The ad sheds light on how equally important educating your girl child is and how anyone can bring about a change. All it takes is a bit of effort and time. Make the first step and things will go smoothly. And you never know, maybe you can end up changing someone’s life forever.

The practice of child marriage is prevalent in Pakistan. The country has 1,909,000 child brides- the sixth highest number of child brides in the world  with the average age of marriage being the lowest in rural areas, including Gilgit Baltistan.

UNICEF’S ‘ A STORY BOOK WEDDING- Except for one thing’

Weddings are a joyous and festive occasion, but when about 12 million girls a year get married as children (latest 2019 stars), it is anything but a fairytale. UNICEF’s campaign video aims to shed light on this grim reality.

Another social taboo plaguing our society, and must be fixed, is the issue of Period Shaming, lack of period awareness and period poverty.

Period shaming is experienced by women around the globe. Even the most developed nations struggle to accept it as a reality. Women are discriminated and commanded to live separately from the rest of the family, even the husband, in some rural parts of the world. They face difficulty in accessing menstrual hygiene products, and have to deal with period stigma at many levels.

Period Poverty is a genuine issue and is worsening with time. At least 500 million women and girls lack a private place to change their sanitary protection—a fact which leads to reproductive tract infections and fewer girls in school.

The Raho Safe ad beautifully highlights the importance of how period education starts right from home.

The ad is about the emotional realization of a father that her girl is all grown up now. Watch below.

The campaign reflects on how imperative it is to end period shame and accept it as a natural process for girls growing up.  Young girls are already confused and frustrated, trying to understand and cope with the bodily changes- the least parents can do is be supportive and openly talk them through the process.

Ideally one should talk to young girls before they have their periods- so that they aren’t overwhelmed and confused when it happens.  Its high time women play their role in break down barriers and stigma related to periods- we must eliminate period shaming by normalizing them.

4. Encourage Girls to Play Sports if they are passionate about it

Females all over the world have to fight the bias that their games and athletic skills are just not good as men’s-  just because men are bigger and stronger doesn’t mean they are better at it, because that isn’t all that’s required to be an athlete.

Nike: ‘What are girls made of?’ campaign tries to reflect on just that.

You’re made of what you do. #BelieveinMore #JustDoIt

If your girl likes to play cricket or soccer with her brothers over playing with dolls and tea sets, then let her. Encourage her to be and do whatever she wants to be- even if it’s playing sports.

Just because they are girls that doesn’t mean they are any lesser than the boys, infact they are brighter, sharper, smarter and stronger.

Tell your sons to respect her and encourage her talents and passion. Being a girl is powerful and awesome, it is NOT a sign of weakness.

Let’s reimagine a better world this International Girl’s Day. A world inspired and led by confident, talented girls. Let their ‘voices be heard’ and give them a chance to an ‘equal future’.