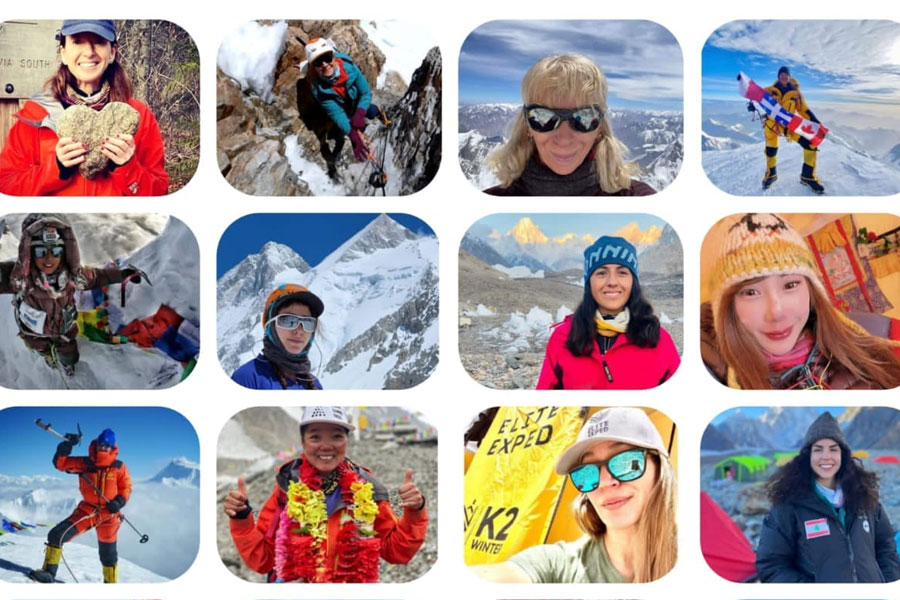 On Friday, 27th July at 7:42 AM, Pakistani athlete Samina Baig became the first woman from the country to summit the world’s second highest mountain -K2.

‘On 22nd July 2022 at 7:42 AM, Allah Almighty gave me yet another blessed moment to bring the national flag of Pakistan on the summit of Pakistan’s tallest and world’s second highest mountain, known as savage mountain #K2 stepping atop as the first Pakistani woman!’ wrote Samina on her Facebook page while capturing the beautiful moment.

Just a couple of hours later, Pakistan’s very own Naila Kiani took the title of the second Pakistani woman to summit the mountain. But that’s, not all, these 2 amazing women were not the only ones to have made history.

Around 20 awesome ladies, each representing their own country successfully summited K2, some of them their country’s first to do so. Baig took it to her social media page to show appreciation and applaud their efforts for the successful summit.

Huge congratulations to all the women who summited K2 this year

Love you all
I’m glad to see women’s potential, goals, and hard work to achieve their dream projects.
Back in 2014 when I completed my Seven Summits Journey I wanted to see more women in this field and along with my brother Mirza Ali we started Pakistan Youth Outreach Foundation where we organized national ice climbing and mountaineering training each year.

More power to you all

Nelly Attar, and Afsaneh Hesamifard, became the first Arab and Iranian women, respectively, to climb the 8,611-meter (28,251-foot) peak, according to Karrar Haidri, secretary of the Alpine Club of Pakistan.

The daunting K2, also known as the “savage mountain” and ‘Killer Mountain’ due to its treacherous terrain, had never been scaled in the winter until last July when a 10-member Nepali team performed the feat.

Some 300 mountaineers have made it to the top before, but all took up the challenge in either the summer or spring.

What do you think about this achievement? Share your thoughts with us in the comments below.