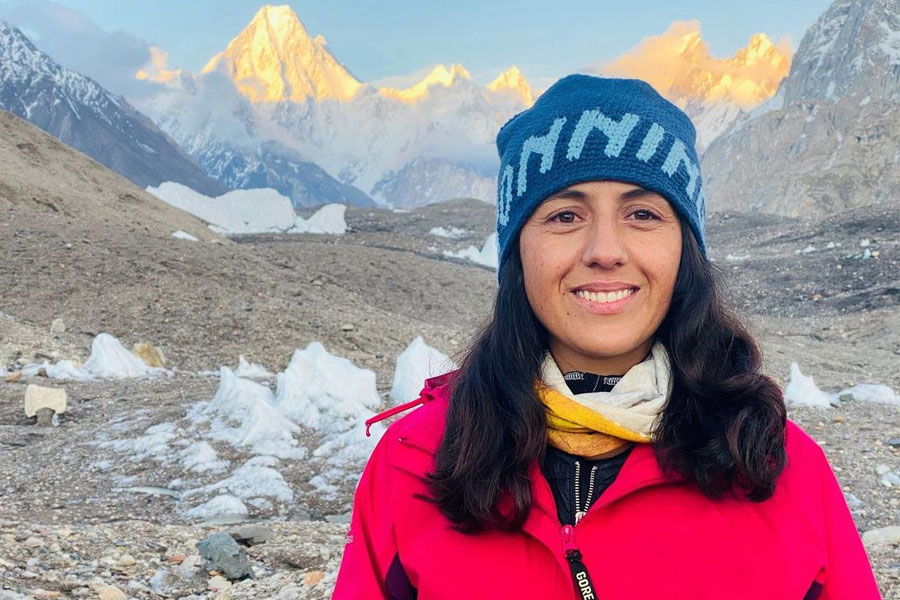 She has done it once again, Pakistan’s Samina Baig becomes the first woman from the country to successfully summit K2.

Baig and her strong Pakistani team of seven successfully summited the savage peak of K2 at 7:42 am today (Friday). It is known to be the world’s most dangerous and difficult summit.

JUST IN: Samina Baig the FIRST and ONLY Pakistani woman atop Mt #Everest (8848.86 m) has successfully scaled Mt K2 (8611 m) this morning 07:42 PKT and became FIRST Pakistani woman to have summited the second highest mountain in the world. CONGRATULATIONS! pic.twitter.com/ylAXFXcjxy

The people of Pakistan, especially its women are extremely ambitious and hardly ever take no for an answer. Similarly, mountaineers Samina Baig and Niala Kiani are ready to create history by becoming the first women to summit the world-famous peak – K2.

The second-highest mountain – K2 is 8,611m and is considered to be one of the most difficult peaks to scale. Moreover, there are less than 10 women who have been able to successfully summit the mountain. Now, these amazing ladies are ready to take up the challenge.

Samina Baig, the first Pakistani woman to climb Everest, is already familiar with the K2 basecamp. She reached it earlier from Skardu and will reach Camp 1. It is expected that her summit will be completed by the mid to third week of July, depending on the weather.

She also holds the honour of scaling the seven highest peaks in the world, known as the Seven Summits.

Previously, she had made two former attempts back in 2015 and 2021 to summit K2 but weather conditions and accidents had forced the renowned mountaineer to abort her expedition. Whereas Naila, who arrived in Pakistan last Thursday, will also trek K2.

K2 is definitely one of the toughest mountains in the world. Many people have lost their lives on its slopes. Most recently, we lost our colleague [Muhammad] Ali [Sadpara] Bhai. But this is all part of life. It is part of the game.

We have yet to see where this journey leads the two determined women. While we wish for their success, we also pray that they return home to their families safe and sound, as K2 is termed as the ‘Killer Mountain’ for its harsh conditions.

Until then, stay tuned to WOW360 for all the latest news and updates.